Most special CARLINGS INCENTIVE in 2005 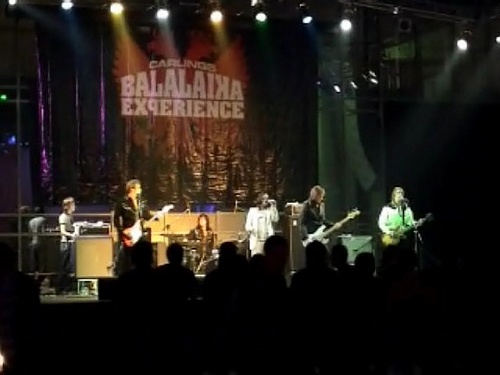 This great event, incentinve tour to Russia, Moscow and St Petersburg, was organised by "MEETMASTERS" (Sweden, www.meetmasters.se) for "CARLINGS" (www.carlings.com).
Annualy "Carlings" company arranges events for their best managers in different places of the world. In the year 2005 stars led them to Russia.

All people of this group was trendy, cool, young store managers from different countries - and this left traces on all ideas put in the program.

Best regards and thanks to Meetmaster's staff and personaly to Mr. Rasmus Jakobsson. He is soul, engine and idea-maker.

Everything was specialy arranged (rented or bought specialy for the group) in this programm, even those - not mentioned here.

For example, we published maps of Moscow and St Petersburg with pointing of main places to give every participant.

Groop arrived in Sheremetievo airport by different flights from Sweden, Finland, Poland, Denmark and Norway. We met them with russian national folk ensemble, some vodka at the Customs zone. Some minutes later everybody was in the buses and started to the Hotel Cosmos.

Check-in for the group of 160 people was prepaired in advance. It included: special guest cards, 4x4 meter greeting banner above the check-in desk.

After check-in all people came the bar "Terrase" on the balcone over the lobby, where they had some drinks and food (buffet style).

Program for the evening included the visit to legendary restaurant "Yar", where they had Gala dinner with greeting and thankful speeches of the bosses of Carlings, grandiose worldwide famous show specially for the group, jazz band and great afterparty dancing.

Special drink-tickets were published and given to young people to let them drink what they want and how many they can.

In the morning small conferences were organized in the Hotel Cosmos.

After the meetings the whole group was transfered to the restaurant Zhiguli in the city center. We made a buffet style lunch.

We devided the group into two parts: 1. Those who want to visit Kremlin 2. Those who doesn't. Second group went to the shopping center and saw the Kremlin only outside.

In the end both groups was met by the busses.

Before the evening event whole group was having rest in the hotel.

At 8 p.m. in the evening we transfered the group to the night club "Jet Set" - specialy rented for the group. One of the most cool Rock club in Moscow.

Only at 4 a.m. last people were transfered to the Hotel.

On this day we had by the program visit of the Izmailovo market and open air lunch with show in the Art City in Izmailovo Kremlin.

Group didn't have much time in Izmailovo, cause "Aurora" train waited on the station to depart to St.Petersburg at 16.30. To make 5-hour journey easier we prepaired food packs in the train.

The group was met with Drummers in St.Petersburg.

After arrival and check-in in the Hotel, group met in the hotel restaurant, where they had a lot of snacks and great music. No time for sleep at all!

Main day of the whole event. All rooms and halls of Pribaltijskaya hotel were rented for our conference. First half of the day was given to the conference.

If you know what is St.Petersburg's Manezh, so you can imagine caliber of event. Manezh was ours for the whole night.

Very hard morning after four days of fun and enjoiment and departure from Russia.

We really hope that these terribly busy and owefully funny days will be kept in the memory of young people for ages!

Welcome to Moscow and St Petersburg, the most cool places in the world!