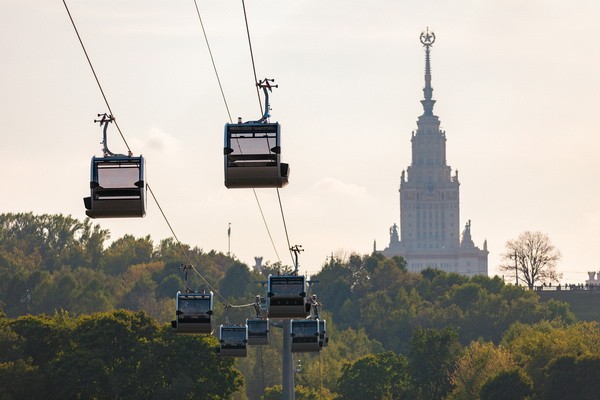 The cable car on the Sparrow Hills is a 720-meter  way, connecting the Sparrow Hills, Kosygina Street and Luzhniki in Moscow. An important advantage of the cable car is its purpose, because it was created not only for recreation, but also as a transport and sports destination.
A round-trip ticket does not mean that it is necessary to go back immediately. Such a ticket is active for a whole day.
The cable car has already become incredibly popular among many Muscovites and tourists. The trip by cable car causes true emotions of admiration, especially when traveling over the Moskva River. The cable car provides a view of many sights of the Russian capital, which makes these trips even more interesting.

The cable car complex consists of 35 cabins transporting people. Each of the booths is designed for 8 people. The famous route involves the transportation of passengers up to 1600 people per hour. All booths are equipped with media screens, audio guides in English, Chinese, German and Russian, as well as backlight. In addition, the complex contains 10 open seats for   skiers who can only move between Vorobyovskaya Embankment and the observation deck.
There are also two VIP-cabins, designed for 4 people each. Inside the cabins of the LUX class, there are four leather armchairs, cup holders and even several lockers. 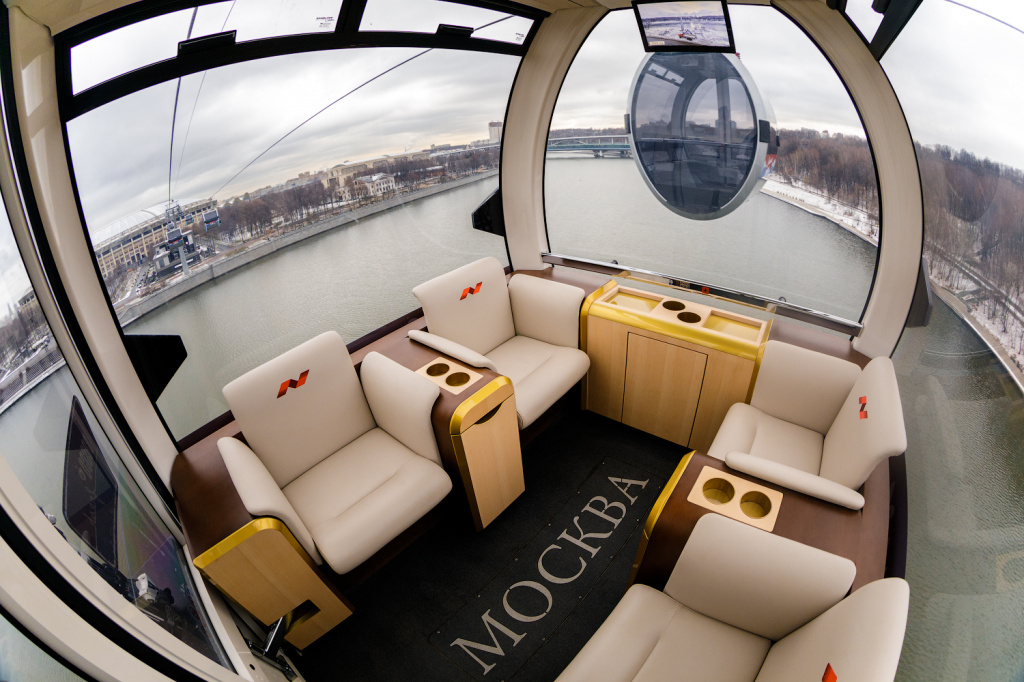 Stations
There are three stations along the cable route: Sparrow Hills (at the observation deck), New League (Vorobyovskaya Embankment) and Luzhniki (near the stadium).
At the station "New League" there is a rental of sports equipment. In addition, a museum will be opened here soon. Since the station is a sports destination, it is not a transit point, so the exit is closed here. Consequently, it is only possible to get from the Vorobyovy Gory station to the Luzhniki station and back if necessary.
The Luzhniki station has 2 floors, on the ground floor there are cash desks, shopping kiosks and a food court, where about 20 restaurants and cafes are open, offering guests different and very tasty dishes. From Thursday to Sunday, you can enjoy live music, and in the summer two large verandas are open overlooking the famous Moscow River and Sparrow Hills. Passengers are boarding   on the second floor. 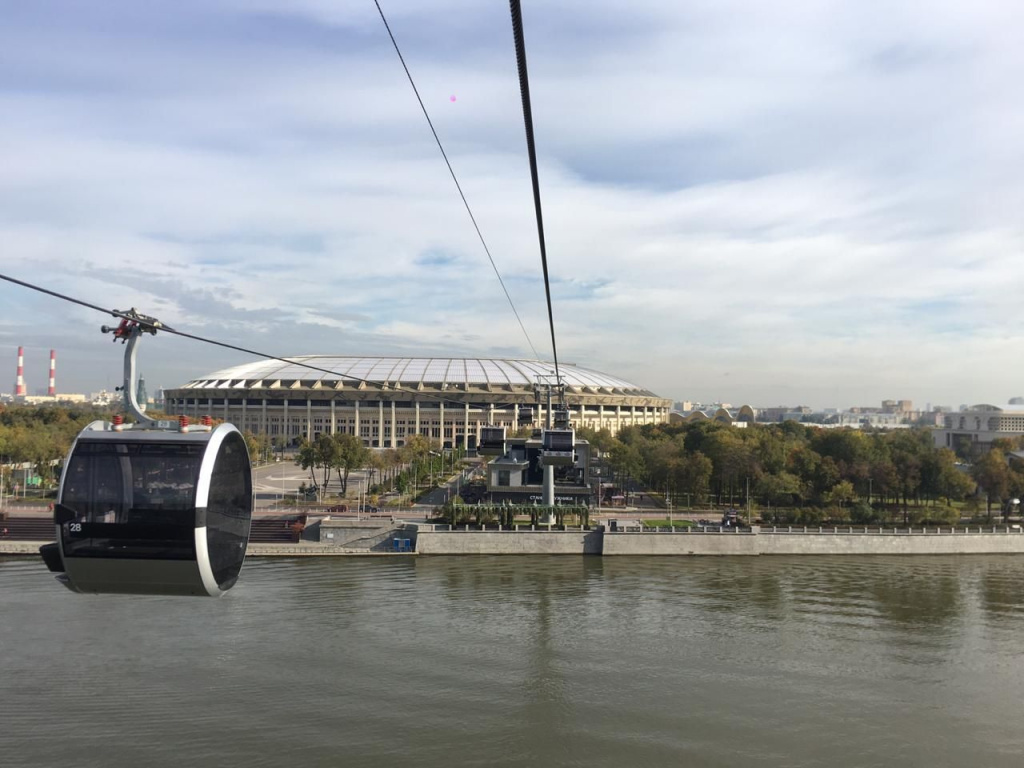 Cable car ride can be easily combined with excursion in World Cup Stadium Luzhniki, lunch or dinner in on of restaurants at station and Observation platform on Sparrow hills.
Include this into program and let your tourists enjoy this remarkable attraction.