Zaryadye Park is a new type of public space created by an international team of architects, engineers, landscape designers and other experts. Here the concepts of nature and technology, education and entertainment, history and modernity are united and complement each other.

Throughout the course of ZaryadyeвЂ™s centuries-old history its appearance has changed many times: from the first street of the Moscow Posad (settlement outside the fortified city), to the English Embassy, to a residence of the Tsar, a military garrison, a Jewish quarter and even a slum. At the start of the 20th Century in Zaryadye, construction began on the largest of StalinвЂ™s towers, but the project was abandoned and in its place the hotel Rossiya was built, at that time the biggest hotel in the world.

For a long time after the hotelвЂ™s demolition, Zaryadye remained a featureless wasteland, fenced-off like a construction-site, before the decision to open a park at the location was made. Zaryadye was conceived as a new public space with the aim of filling the former void not only in a physical but also a symbolic sense.

Zaryadye was conceived as a landmark for the city, an important feature of modern Moscow and the flagship park for the nation. Historical features from the 16th century are found alongside innovative architecture and high-tech attractions. The River Overlook, with its 70-metre-long concrete cantilever, opens up panoramic views of the Kremlin, the river embankment, and the park itself. The Glass Crust is able to create a microclimate of its own, which can shelter the amphitheatre and the garden of heat-loving plants from bad weather. "ZaryadyeвЂ™s" philharmonic concert hall is one of the most innovative and modern music venues in the world. 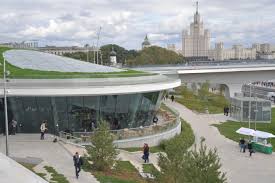 One of the most attractive ammusements in Zaryadye are pavilions with "Flight over Russia" and "Flight over Moscow"
People are able to fly over the capital, admire Extreme North and Siberian landscapes, complete with special effects allowing them to see lightning and get a little wet too.

Spectators hanging onto special consoles in front of a 12-metre screen watch a video film, with special effects allowing them to experience gusts of wind, see lightning, feel the warmth of geysers and also witness volcanic eruptions. So far, there are two films: Flight over Russia and Flying over Moscow. 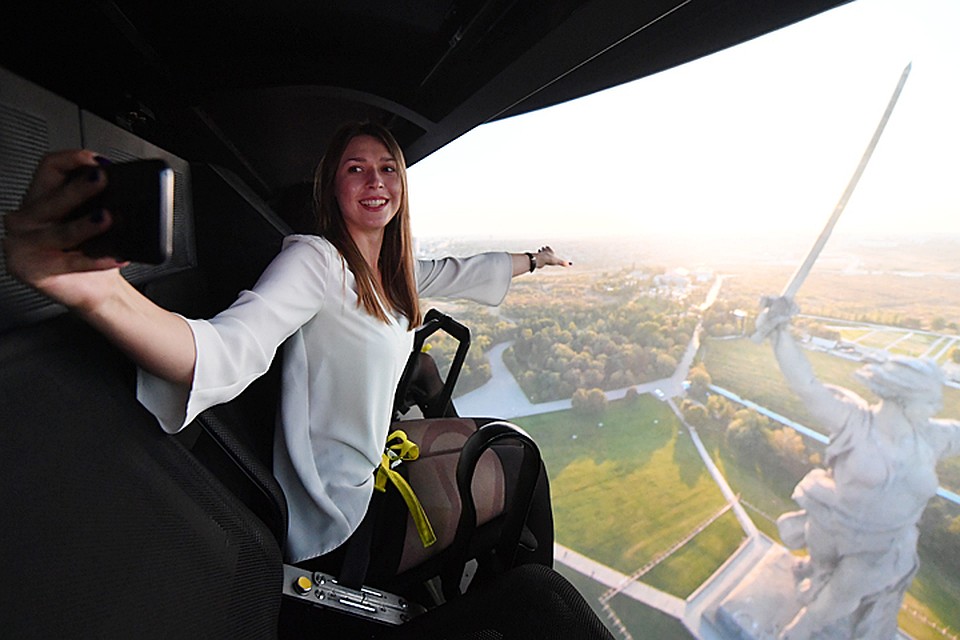 The seven-minute-long Flight over Russia video became a popular pastime and one of the cityвЂ™s main attractions. People are able to see all diverse Russian natural landscapes and highly important cultural landmarks. The video is projected onto a spherical screen and is accompanied by special effects. A vibrant platform accommodates 39 seats, allowing spectators to experience the joys of free flight. 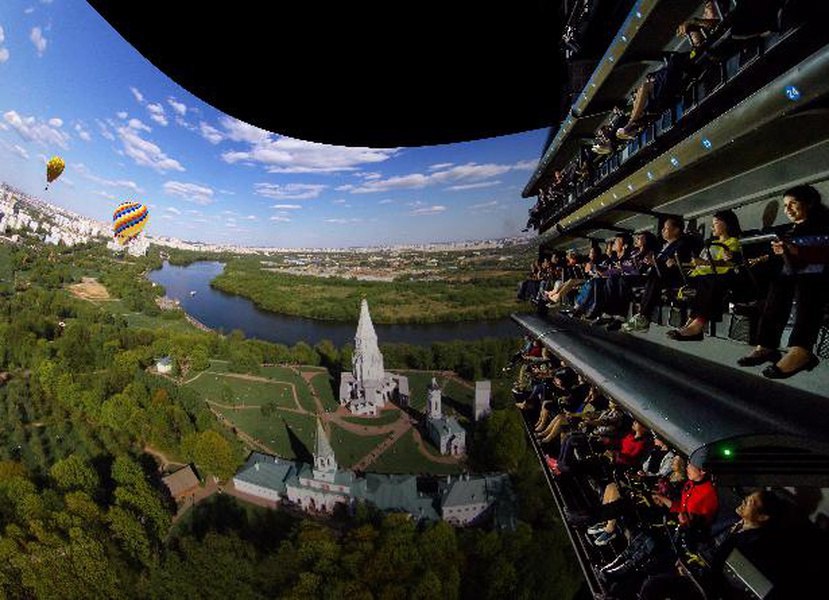 Amazing 3D quality, impressive dynamics and powerful sound effects makes it possible to look at RussiaвЂ™s key natural and cultural landmarks from another angle. The installation acts as an interactive educational programme. 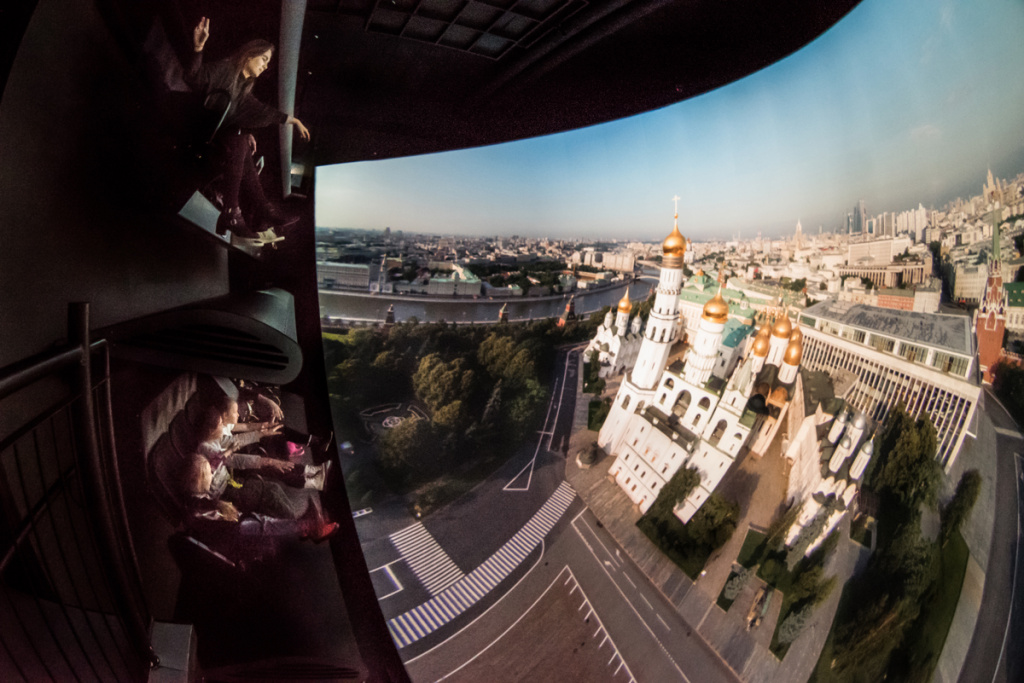 This attracion can be easily included in any program and be done for example during a city tour after a visit of Red Square o be combined with the excursion to Kremlin. Try it and you will love it, it is a great chance to travel over whole Russia even staying in Moscow)))