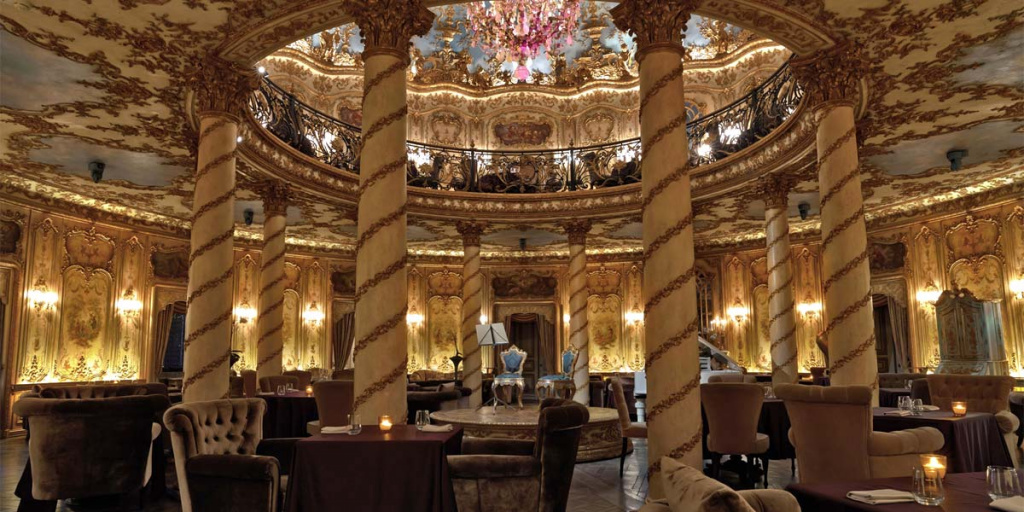 Turandot Palace was designed by the owner of Maison Dellos holding, the Russian entrepreneur, restaurateur, professional architect and fine art restorer Andrey K. Dellos and the Honoured Artist of Russia, decorator Alexander Popov. In 2014 their design-projects of restaurants, including Turandot, were recognized among the most remarkable award-winning works and brought A. K. Dellos the title of the Honoured Academician of the Russian Academy of Arts. Originally Turandot is a name of a Chinese princess, a hero of the most renowned of oriental tales of the European writers first published in French in 1711. A lthough Turnadoе halls feature a wide range of palace styles from the Renaissance to Neoclassicism , late baroque and chinoiserie dominate which is stressed in its name. 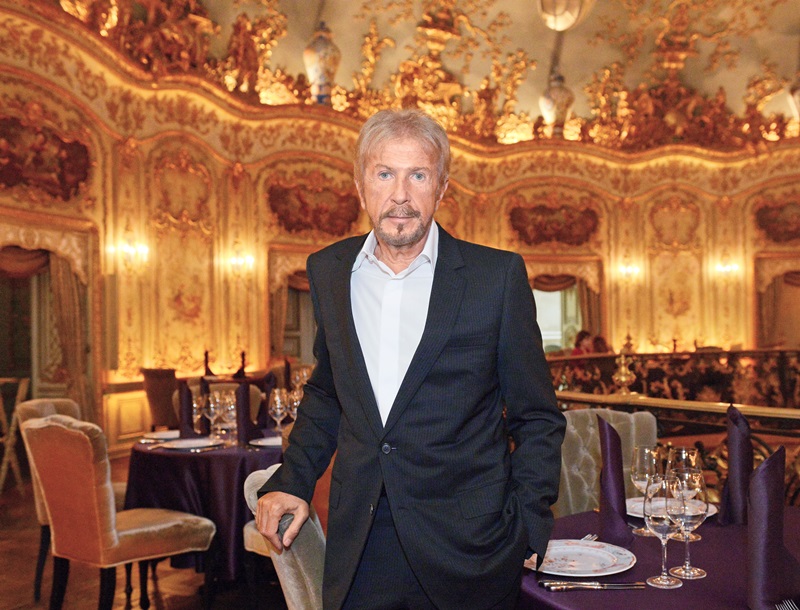 At the moment of the construction works commencement, façade was the only surviving element of the mansion that once belonged to Catherine’s the Great favourive Rimsky-Korsakov.  Design and construction works took 6 and a half years. Specially for the project Andrey Dellos set up his own workshops, where during six years several hundred of artists and artisans were crafting wooden panels, bronze décor, moldings, decorative paintings, crystal chandeliers, furniture and tableware. The interior items were produced by the Russian, French, English and Italian manufactures specially for Turandot by original sketches. Numerous antique items contribute to the setting. Turandot Palace Restaurant was opened for public in 2005.


Turandot is not just a restaurant, it is a palace-restaurant.
First restaurateurs in the contemporary sense of this word were shaped by the aristocratic culture.  Many of them used to serve as chefs in the houses of the royalties and other noblemen.

Haute cuisine originated in the days of the kings’ courts when power asserted itself by means of magnificent performances. The king’s dinner at Versailles was a ceremony that could be attended by any well-dressed man – but only as a spectator. Luxurious room interiors, lavish table serving, elegant taste and diversity of cuisine, the latest culinary novelties, virtuosity of the orchestra playing during the dining time, fine manners and costumes of butlers - these were the aspects of aristocratic dining in that times.

In France the word ‘restaurant’ originally signified a substantial restorative broth; in the Middle Ages when medicine was indivisible from alchemistry and magic, it was brewed with addition of gold, diamonds, rubies and other precious stones that were believed to possess magic properties.On the eve of the Great French Revolution, owners of the fashionable Parisian establishments, who offered the curative broth, introduced several important innovations: an extended menu with fixed prices, separate tables and individual service. From that time forth, everyone could dine as a king – provided he had money, of course.

In the 19th century the court life gradually lost its former significance, and restaurant dining became the main type of festal eating. Thanks to it, specialized cutlery and modern dining etiquette emerged. The restaurants acquired the role of a new centre of gravity for high society.

We offer you to have this fastastic experience and to spend time dining in palace-styled interiors with dishes of haute cuisine of Russian aristocracy of last centures. 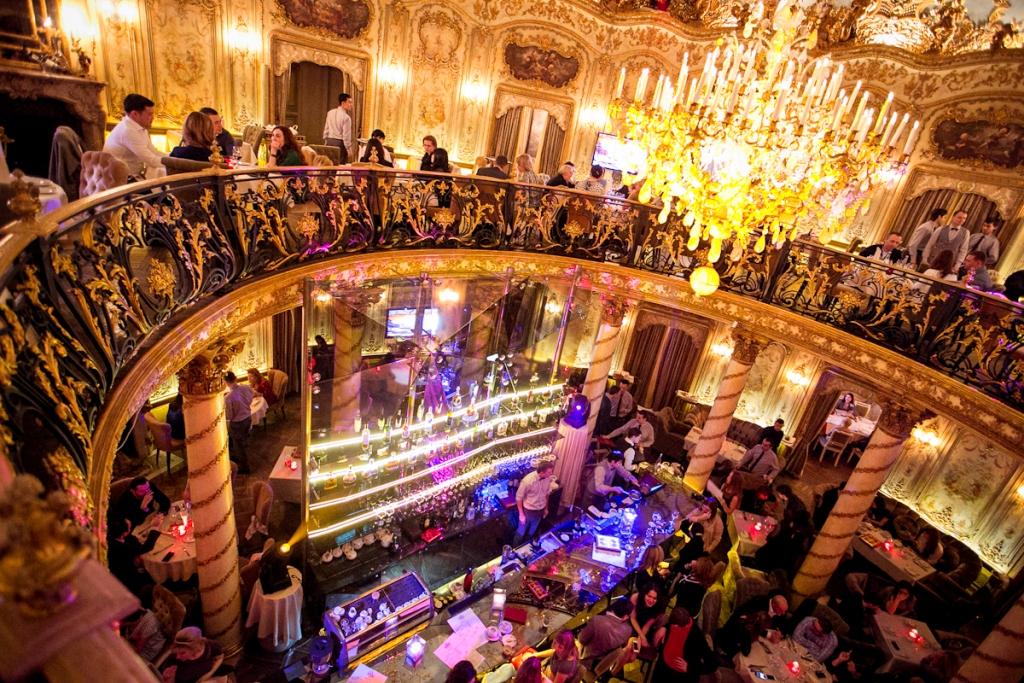 Turandot has several halls. Main is at ground floor and fantastic round hall under blue cupola on 1st floor.
As well as it has several small rooms in the same palace's style


And great dishes are served in the same aristocratic style


Maximum number of people in the group can be upto 300-330 persons.
Wonderful level of services helps to accommodate them in main halls and severl small and all feel themselves comfortable.