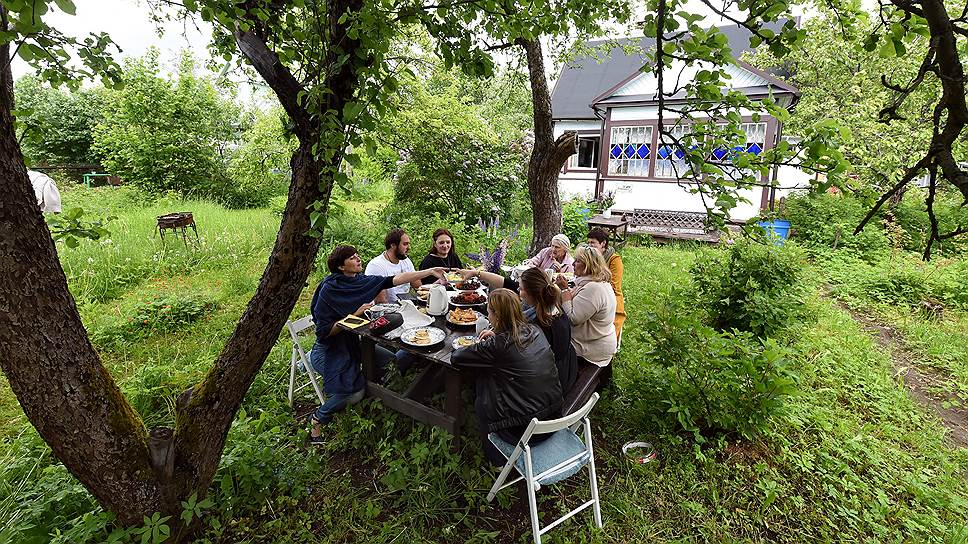 The word вЂњdachaвЂќ comes from a verb вЂ“ вЂњdat'вЂќ вЂ“ to give and the noun вЂњdarвЂќ вЂ“ gift. Since many years, receiving a plot of land for personal usage was a great and very much appreciated gift вЂ“ whether it came from Tsar government or Soviet government. But the way people used that land did differ much in different times. One cannot fully understand Russia without understanding the cultural context behind Russian dacha.

First dachas in Russia appeared in the beginning of 18th century under Peter the Great. He wanted his subordinates to stay close to him even on vacations, so he granted them plots of land near StвЂ™Petersburg. And by the mid 19th century, dachas became a favorite place to rest and to have fun for all aristocrats. Dachas were often simple wooden houses, but always had a terrace, where the inhabitants could dine, drink tea and entertain in the long summer evenings.

Next time when dachas became very popular was the Soviet Union epoque. Josef Stalin was fond of a good countryside recreation himself and he figured that granting such privilege as summer dacha to his closest people in the government and to the VIP people from culture and science Г©lite will be very motivating for them. At that time all dachas were a place to rest, fish, collect berries and mushrooms, play sports and entertain with friends.


After the WW II, limited food resources in the country forced government to allow people to get plots of land and support families by growing veggies there. However, building a house on that plot was strictly forbidden.In the 60s, during Nikita KhrushchevвЂ™s time at power вЂ“ ordinary people were finally allowed to get dachas. These dachas were not as luxurious вЂ“ it was usually just a tiny plot of land with a permission to build a small one-floor house there.


By the  turbulent times of the 90s, dachas became a place of hard work in the field rather than a place to rest and entertain. That happened when food was scarce in the stores and people really supported their families by growing potatoes, cucumbers, fresh produce, berries and apples at their land. A lot of home-grown produce was conserved for winter in either pickled or salted form or as home-made jams.

Nowadays people do think of dacha as place to have fun. People mow their lawns and plant flowers to make their dacha look presentable, invite friends and entertain them, grill meat, eat strawberries sitting in gazebos, play sports and enjoy other recreational activities. Nevertheless many typical dachas still have some land devoted to growing produce besides of e a rest area. For some growing produce is a habit, some (mostly older people) enjoy to cultivate land with their own hands, some like the idea of organic produce or say that potatoes, grown in your own garden just taste better.


We are happy to invite you to discover different styles of Russian dachas - a вЂњclassicalвЂќ one, coming from the pages of Anton ChekhovвЂ™s stories, or one dating to StalinвЂ™s Г©poque and located in the villages of painters, writers, composers etc, or a small size typical dacha of ordinary Soviet people or modern comfortable dachas equipped with Russian вЂњbanyaвЂќ (Russian sauna) and traditional вЂњshashlykiвЂќ (Russian BBQ).

Choose your dacha style and get more acquainted with Russian traditions!

During a dacha visit you will be offered :


- to explore a living cottage (house),

- to explore the territory (the smallest Soviet-era dacha usually is only 600 sq.m in size вЂ“ with its vegetable beds and fruit trees, whereas modern elite dacha have a lot more space)

- to join a local family for a pleasant  home style dinner


You can choose a half-day trip or a full day or even you could stay for a night or spend some days at the dacha - the time is up to you. Ask us for more details!