May 1-2 Spring and Labor Holiday

May 9 Victory Day (Over German Nazism in the WW2) 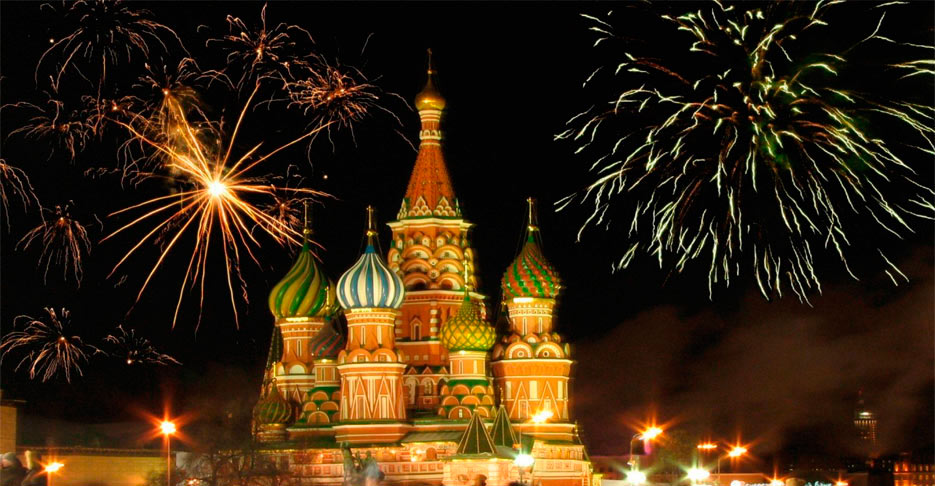 The New Year comes first and it is the most popular one among Russian holidays. Many people even celebrate it twice, on January 1 and 14 (which corresponds to January 1 in the Julian calendar, used in Russia before 1918). The New Year National holidays last for the first week of January.

Next is February 23, Soldier's Day, known until recently as Soviet Army Day, popularly viewed as holiday for all men and closely followed by Women's Day on March 8, when women receive flowers, presents and are greeted by men. Both February 23 and March 8 are official days off.

Mayday, previously named International Workers' Solidarity Day, is now known as Spring and Labour Day. On some years, it occurs close to the dates of Russian Orthodox Easter, so some people celebrate in church while some attend street parades and demonstrations. Russia celebrates the Victory Day on May 9 to commemorate the millions fallen in World War II. Flowers and wreaths are laid on wartime graves on this day, and veterans come out into streets wearing their military orders and medals. Alas, there are fewer of them left with every passing year. As other National holidays in Russia, both May 1 and May 9 are days off.

June 12 is the newest of Russian holidays, Independence Day, which commemorates the adoption of the Declaration of Sovereignty of the Russian Federation in 1991.

There are also numerous religious holidays in Russia. Easter is celebrated nationwide, as of old, and Orthodox Christmas became a day off. Muslims, Jews and Buddhists also celebrate their feasts openly, without fear of secular authorities.