Individual and Group Tours to Saint Basil's Cathedral in Moscow

The Cathedral of Vasily the Blessed or simply St. Basil’s Cathedral was constructed in the sixteenth century at the behest of Ivan IV Vasilyevich. It became a memorial in commemoration of Kazan conquest. The architectural ensemble is situated in Red Square and attracts thousands of tourists from all over the Globe. With Tari Tour, you have a perfect opportunity to take an individual or a group tour to Saint Basil’s Cathedral in Moscow with a native-speaking guide.

Five Interesting Facts about the Church

Some scientists say that the Cathedral represents the Kingdom of God, the rampats of which are covered with gemstones and rich mosaic. Other specialists note that the Church replicates the St. Mary Church in Istanbul, which was for centuries one of the most important holy places of Greek Orthodoxy.

During your tours to Saint Basil’s Cathedral in Moscow you’ll surely enjoy its magnificent beauty and perfect style. But the fact is that the architects, who designed and built the Church, were blinded after their work was over. As legend has it, Ivan IV Vasilyevich didn’t want them to replicate or surpass the construction elsewhere. This is why he issued such a cruel order. 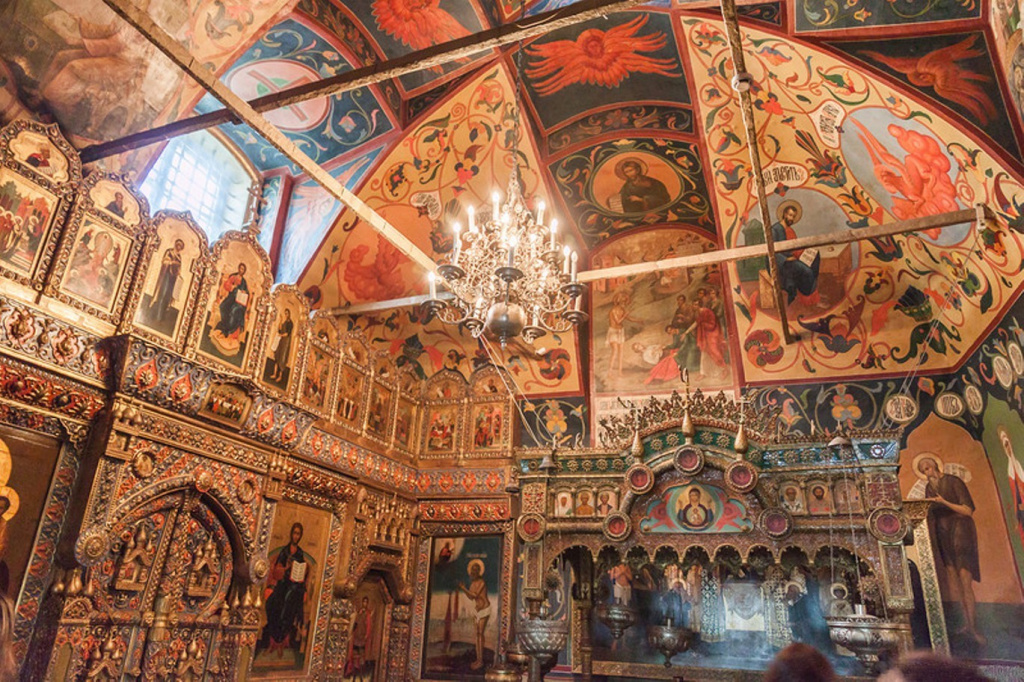 During World War I, the French soldiers wanted to set the construction afire, but luckily didn’t have time to. In 1920s, the Soviet government planned to knock the Church down, but again it «stayed alive» with all its picturesque cupolas and columns. That’s why you can visit Saint Basil’s Cathedral.

It survives since the sixteenth century and preserves the unique sound of bygone epochs. In the period of USSR, the government ordered to melt down the metal tollers, and it’s a real miracle that this one stayed untouched.

If you want to travel to Saint Basil’s Cathedral in Moscow, contact the travel agency of Tari Tour. Our specialists are ready to organize your vacation in the best way possible, so that you could enjoy every moment in mysterious and tempting Russia. Contact us via +7-495-777-90-15.