Irkutsk city
On Siberian map Irkutsk appeared in the middle of th XVII century.
In 1652, Ivan Pokhabov built a zimovye (winter quarters) near the site of Irkutsk for gold trading and for collecting fur taxes from the Buryats. In 1661, Yakov Pokhabov built an ostrog (a small fort) nearby. The ostrog gained official town rights from the government in 1686.
The first road connection between Moscow and Irkutsk, the Siberian Route, was built in 1760, and benefited the town economy. Many new products, often imported from China via Kyakhta, became widely available in Irkutsk for the first time, including gold, diamonds, fur, wood, silk, and tea. In 1821, as part of the Mikhail Speransky's reforms, Siberia was administratively divided at the Yenisei River. Irkutsk became the seat of the Governor-General of East Siberia.
In the early 19th century, many Russian artists, officers, and nobles were sent into exile in Siberia for their part in the Decembrist revolt against Tsar Nicholas I. Irkutsk became the major center of intellectual and social life for these exiles, and they developed much of the city's cultural heritage. They had wooden houses built that were adorned with ornate, hand-carved decorations. Many still survive today, in stark contrast with the standard Soviet apartment blocks that surround them.
Irkutsk has a great number of monuments of wooden architecture. There are about 500 architectural monuments in the city, among which historically constructed ensembles are depicted. The greatest interest has the ancient part of the city, including Chruch of the Saviour and Znameniye Cathedral 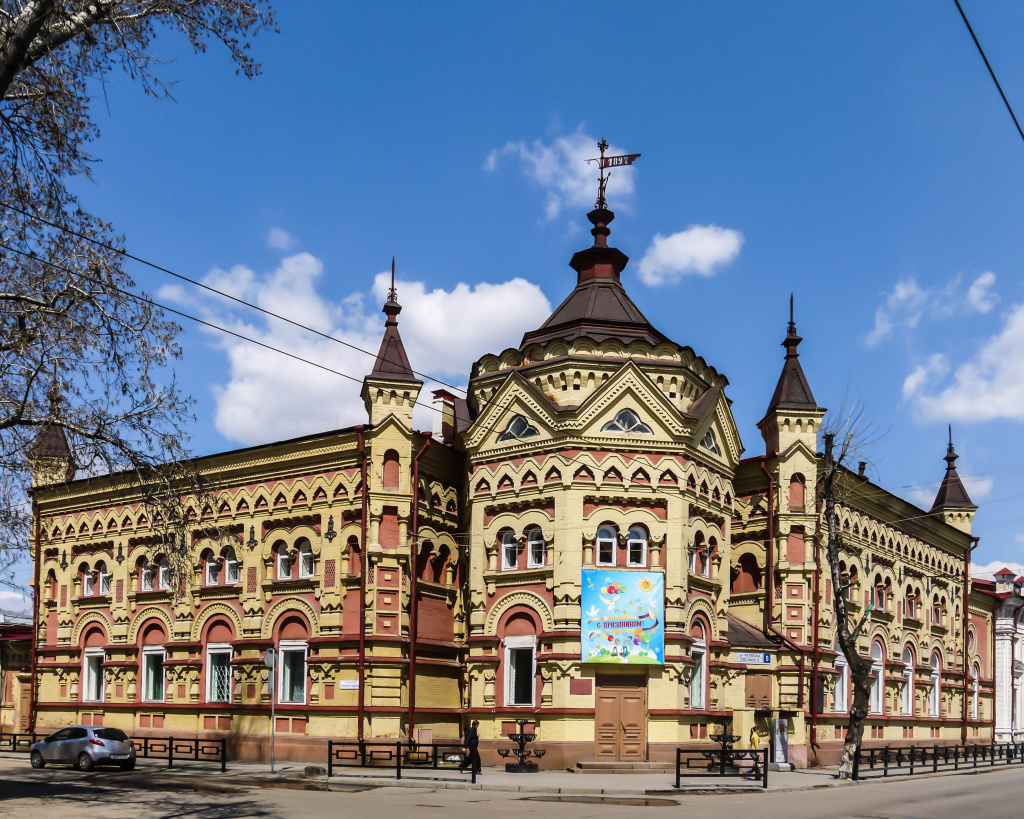 The Church of the Exhalation of the Holy Cross is a real marvel of Siberian architecture and it is included into the UNESCO world heritage list. The view from the churchesвЂ™ belltower is amazing, since the church is situated on the upland in the cities center.

From times immemorial bell chimes were a living attribute of Orthodox church services. One cannot image all the functions, attributed to bell chimes! They were known as a good incantation, bearing mystical and symbolic properties. The bell chimes were an inalienable element of musical surrounding, existing in all towns and villages of vast Russia. 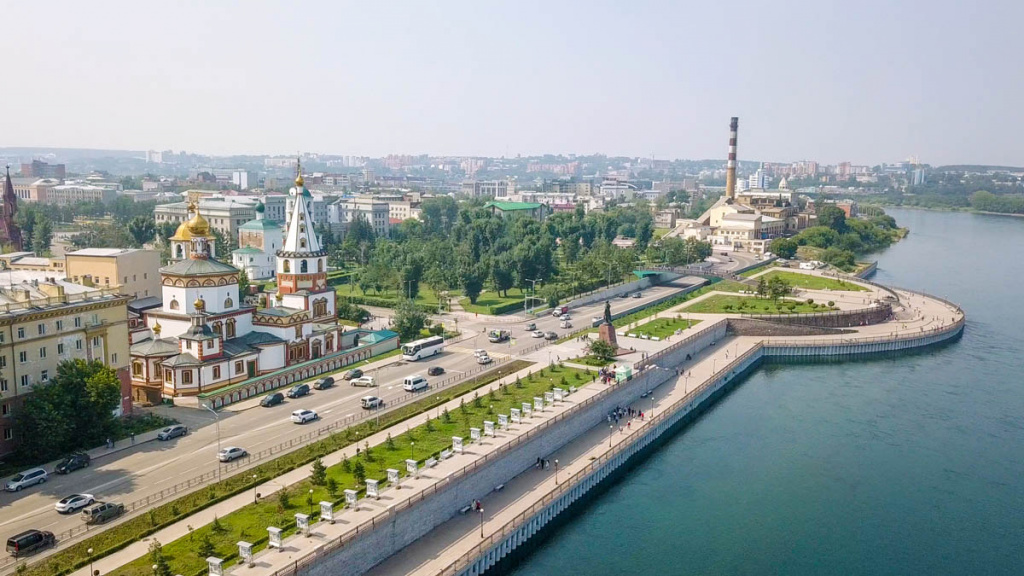 This beautifully arranged area of renovated wooden houses, locally named as вЂњ130th blockвЂќ, contains restored wooden monuments of architecture with beautiful laced carvings and decoration. Here the guests of our city will find many workshops, exhibitions, gift stores, cafes and restaurants with wi-fi internet access. The area contains 56 renovated houses, 32 of which are the cultural heritage monuments of regional scale, 16 buildings are the reconstruction of the lost monuments of wooden architecture. 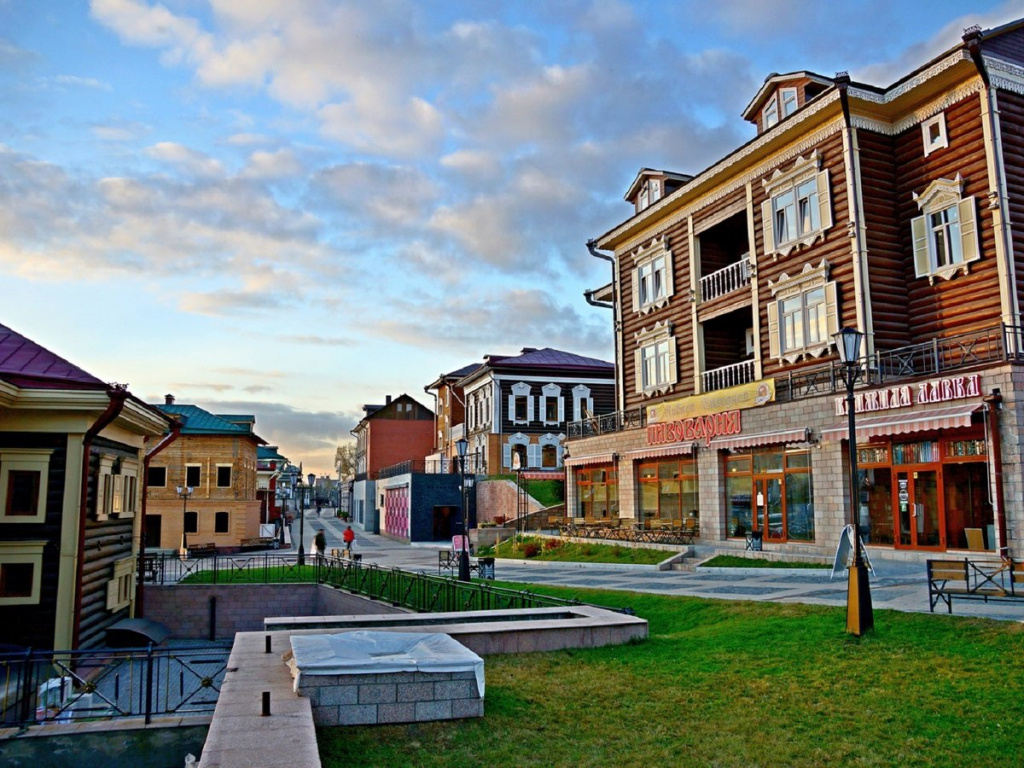 Decembrist House Museum is connected with the family of Sergey Volkonsky, one of the Decembrists leaders. They lived for 30 years in Siberia, 17 of them they had been living in Irkutsk in this house. Original things of the Volkonsky family and other Decembrists are kept in the museum. 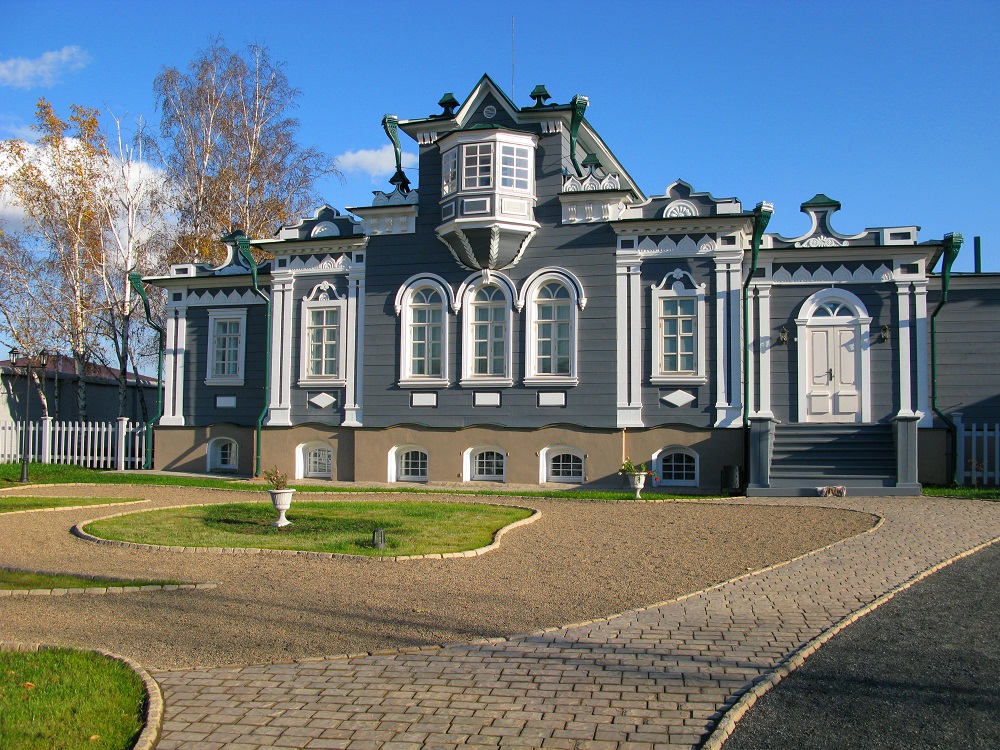 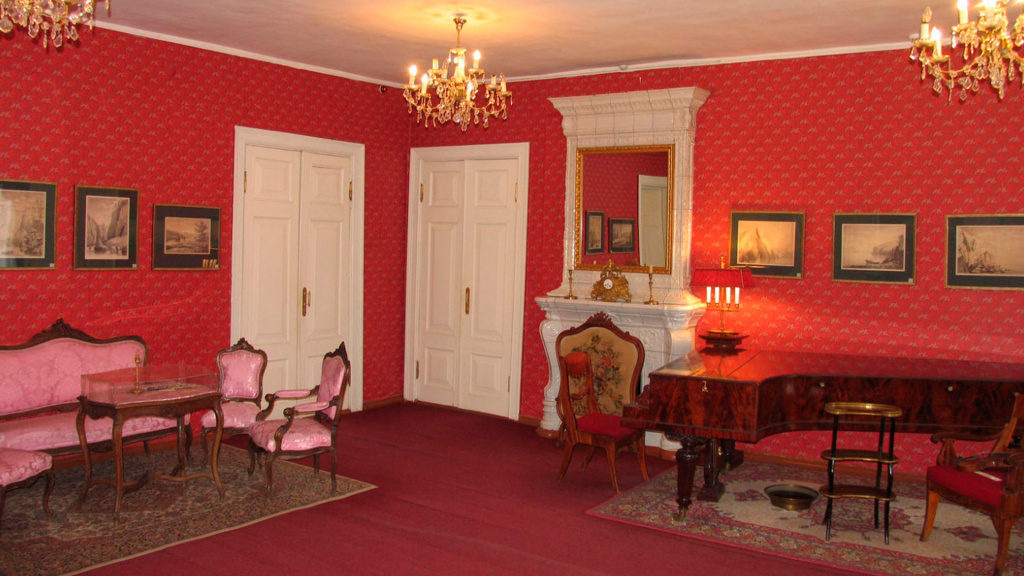 
Listvyanka is the village in the South-West of lake Baikal. The village dates back to 1701, when it became one of the first settlements of Russian people on the shores of Baikal. The image of the port village of Listvyanka was changed in the end of 19 century in connection with the construction of Tran-Siberian railroad.  Today, the majority of population in Listvyanka is involved in tourism. 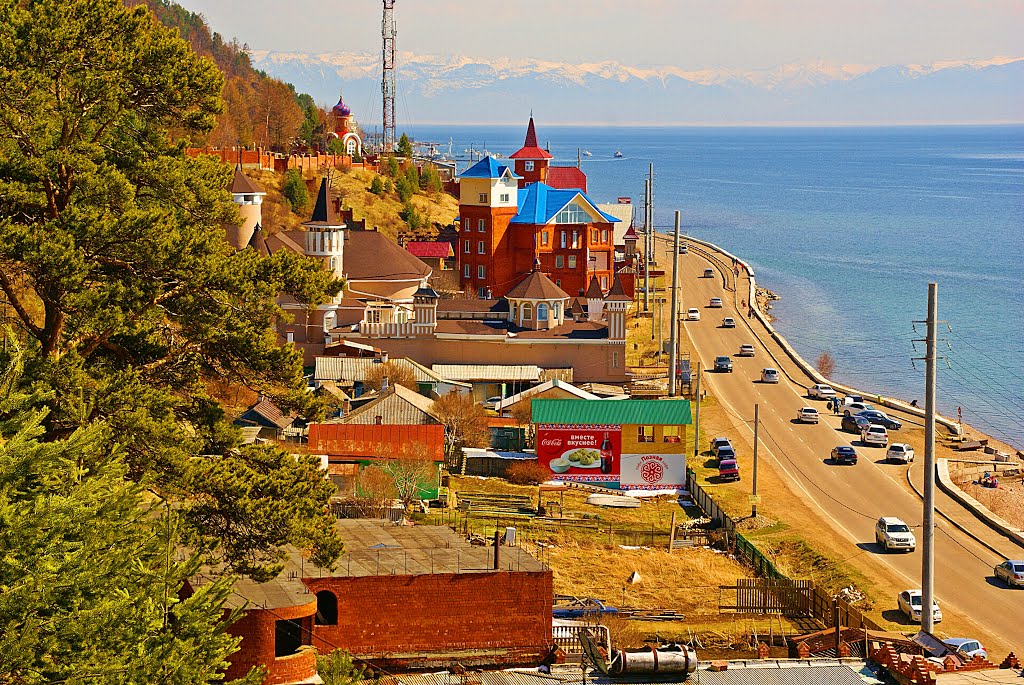 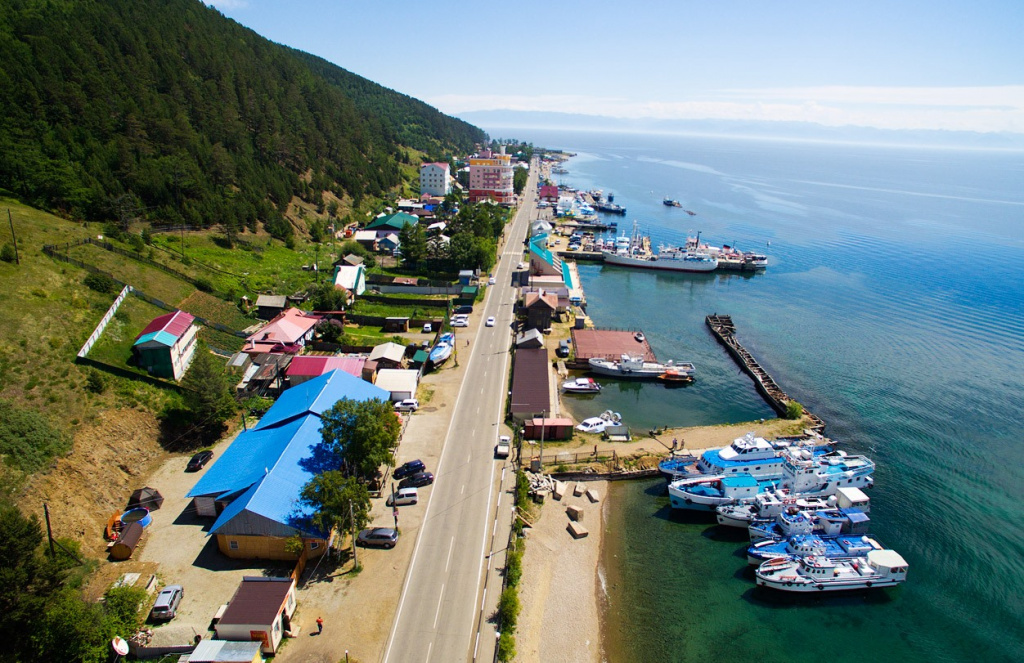 ON THE MUSEUM OF WOODEN ARCHITECTURE "TALTSY"

territory there are 13 architectural complexes with 36 wooden buildings. Some of them have exhibits which can help you understand the agricultural and cultural peculiarities of Transbaikal people of XIX-XX centuries. 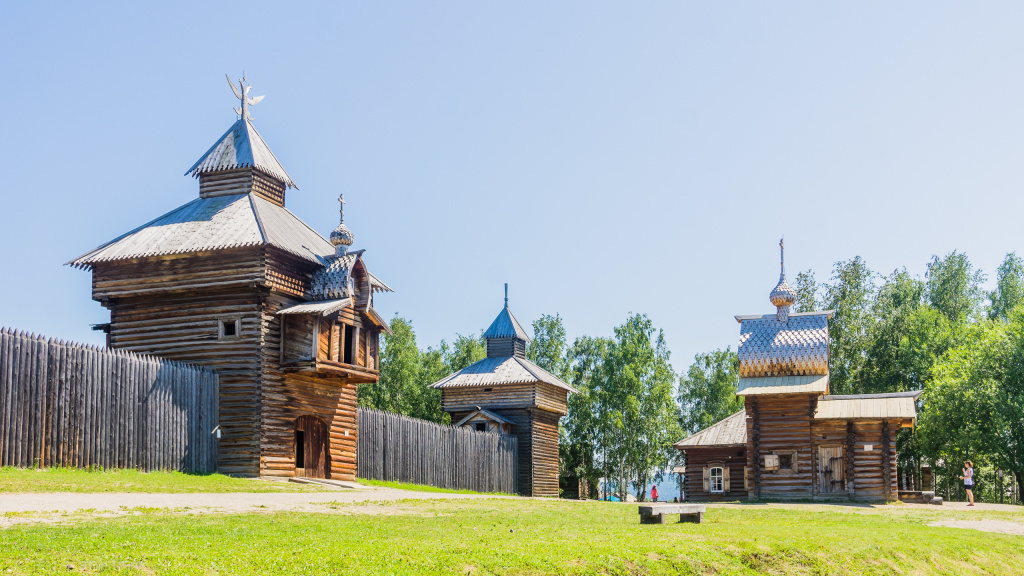 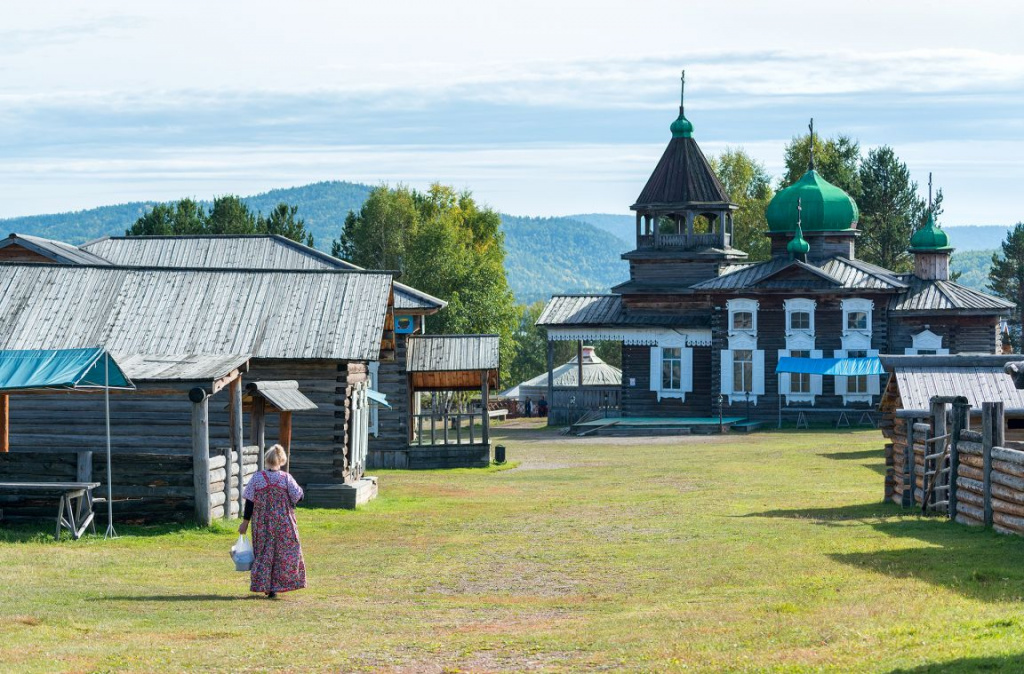 lives 20 km from Irkutsk city center towards Listvyanka, in a nice forest area. The couple and their son run a beautiful wooden house and a big garden with goose farm and apiary. All buildings are constructed by themselves. Family visit includes greeting by the family, introduction and stories, visiting all corners of their property and traditional Russian tea ceremony with tea and home-made preserves. 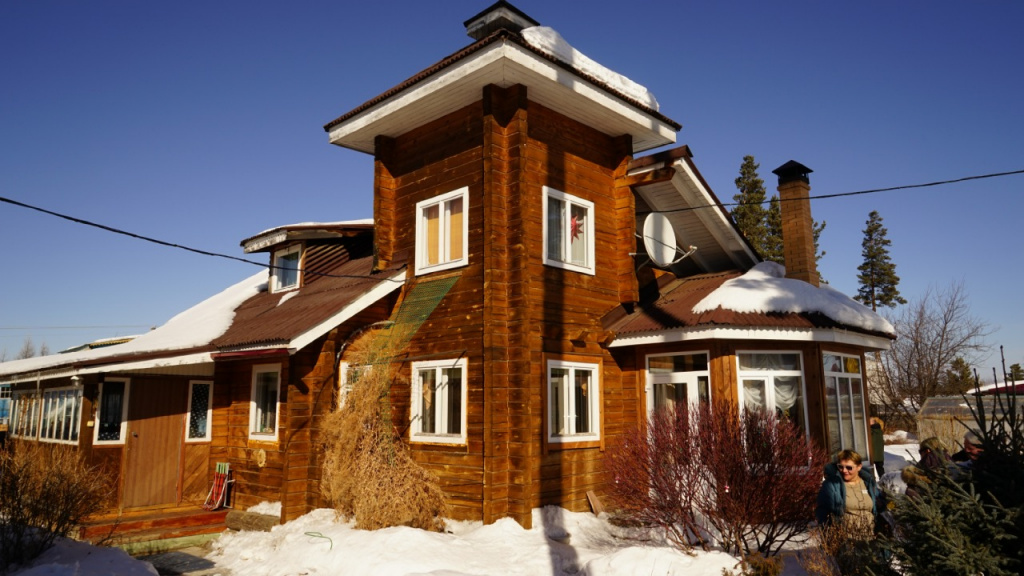 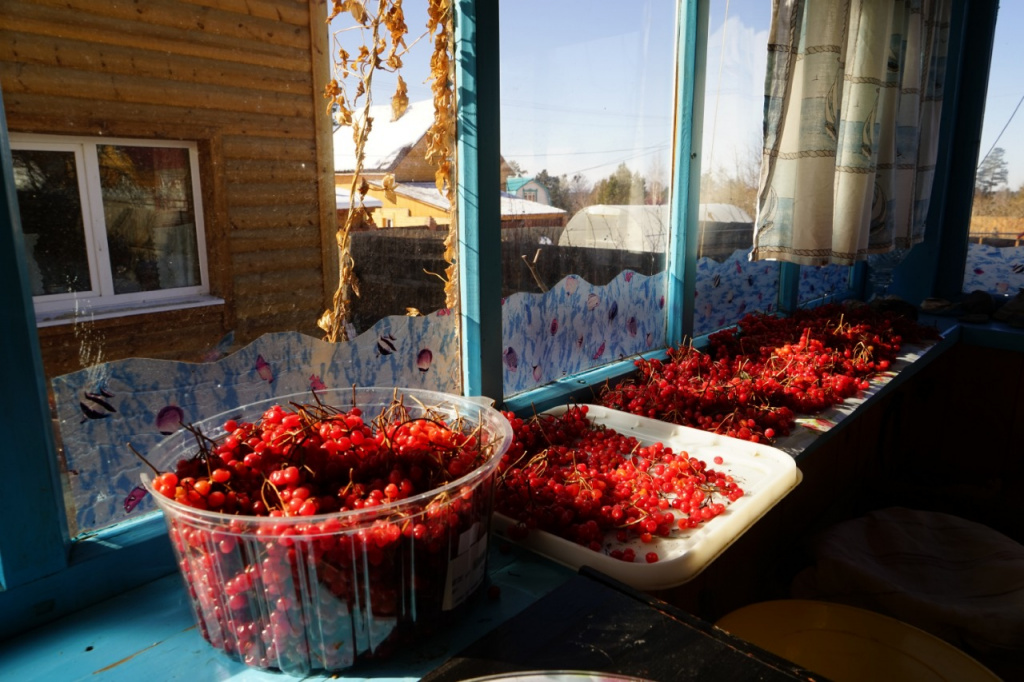 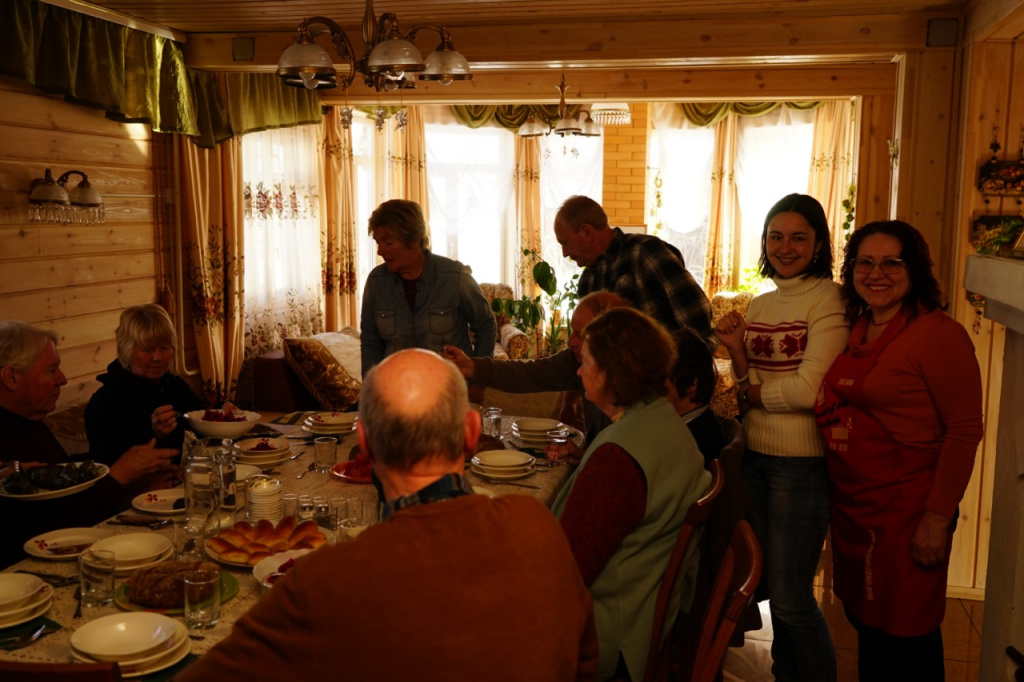 is a splendid museum where different material evidences, exhibits, in short all the information about lake Baikal is kept, studied and exhibited: origin of the lake; representatives of the endemic flora and fauna from the surface of the lake to the maximum depth; excellent model of the bed of Baikal. 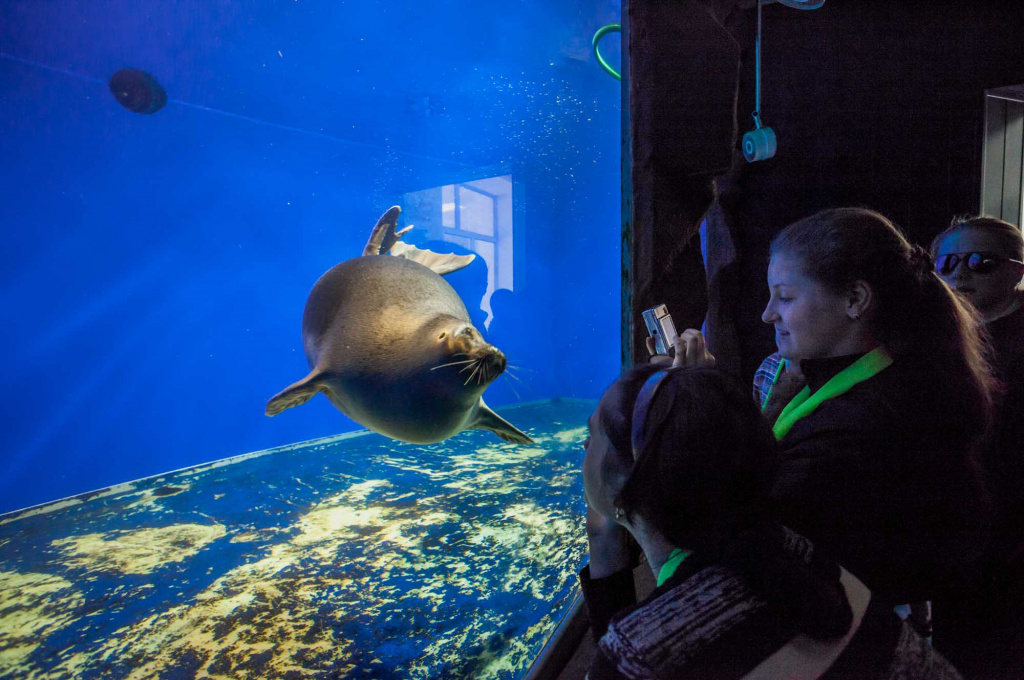 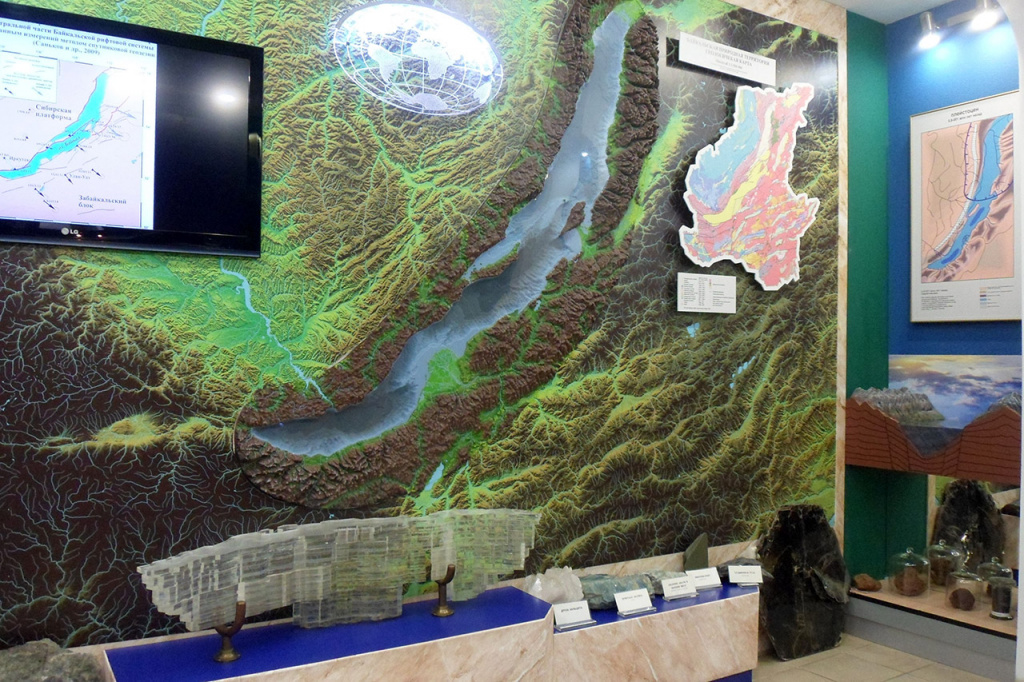 is one of the highest mountains in Listvyanka it height of 755 meters above the sea level. Named after Ivan Chersky, a famous scientist from Poland the mountain today is one of the main tourist attractions in Listvyanka. The visitors of Chersky observation platform can enjoy the breathtaking and magnificent view both on the lake and the Angara river outflow. 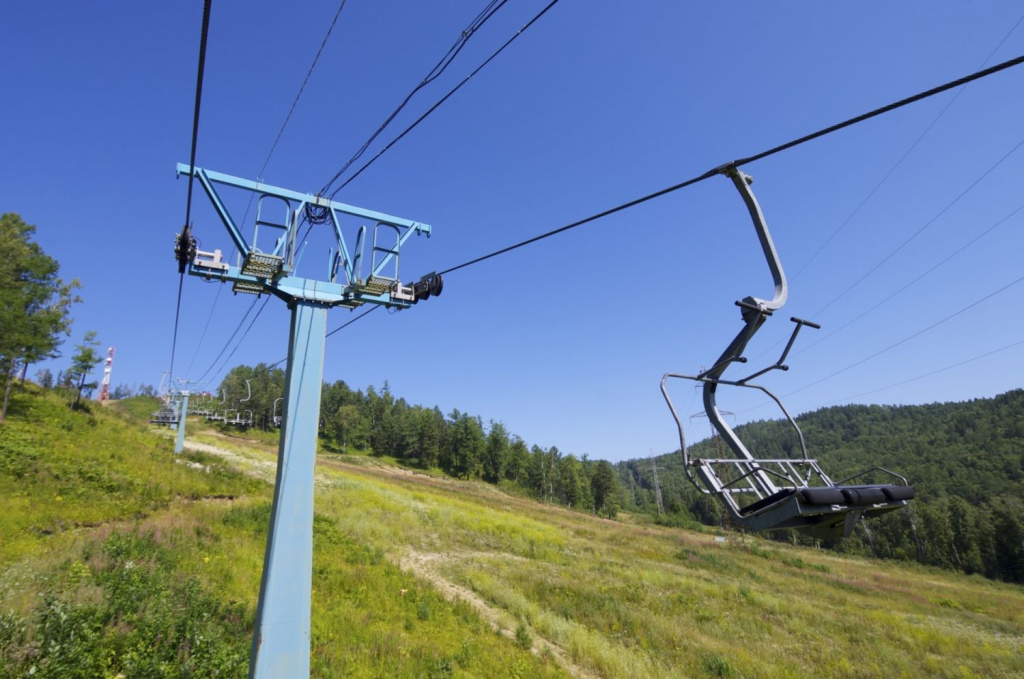 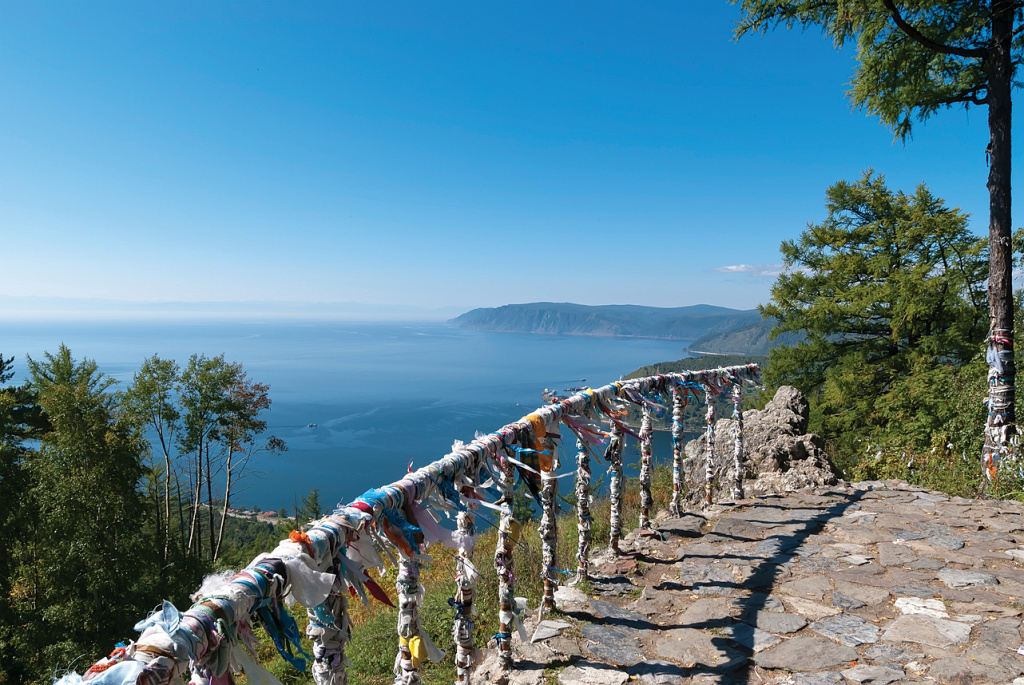 
The Circum-Baikal Railway goes along Baikal lake shore in Irkutsk region. It has been constructed between 1896-1905 years in order to connect the parts of the Trans-Siberian Railway.

On this 89 kilometers railway, there are 39 tunnels, bridges, 470 viaducts and 16 separate galleries. Apart from that there are about 280 separate complexes of supporting walls for different purposes.
On the background one can see breathtaking huge capes and cliffs, picturesque valley of the rivers.

The complex landscape of the coastal zone required much more investments than it was originally planned. During the work the number of workers and resources increased significantly. The cost of the Circum-Baikal Railway exceeded all the other railways in Russia, which is why it was called the вЂњGolden BuckleвЂќ. Now it is one of the most picturesque railways in the world with outstanding engineering solutions.

In 1958, part of the road from Irkutsk to Lake Baikal was flooded due to the construction of the Irkutsk Hydroelectric Power Station. It could no longer function as before, because it had become a dead end.
At first it seemed that all the efforts were in vain. But soon it became a popular tourist attraction вЂ“ they discovered it as a a great chance to admire the views of Lake Baikal. 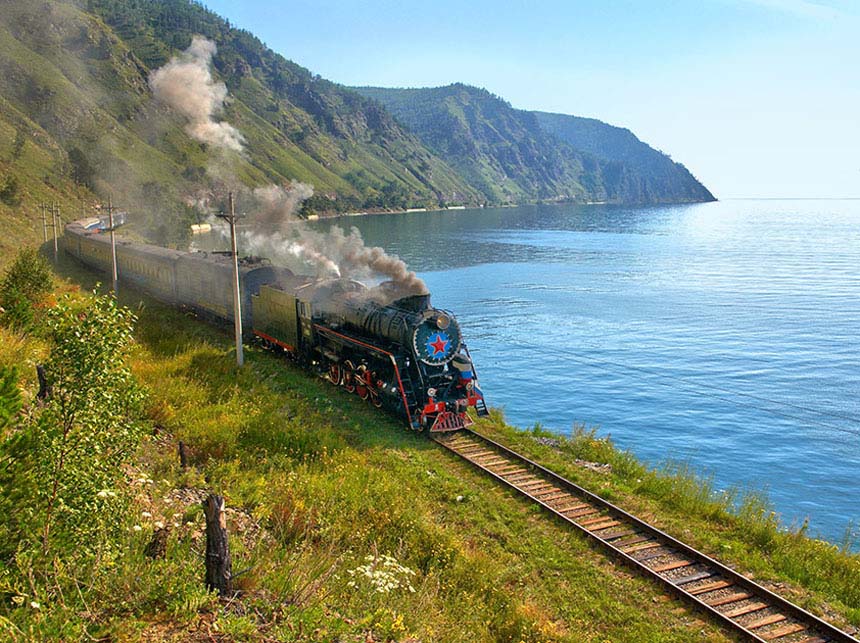 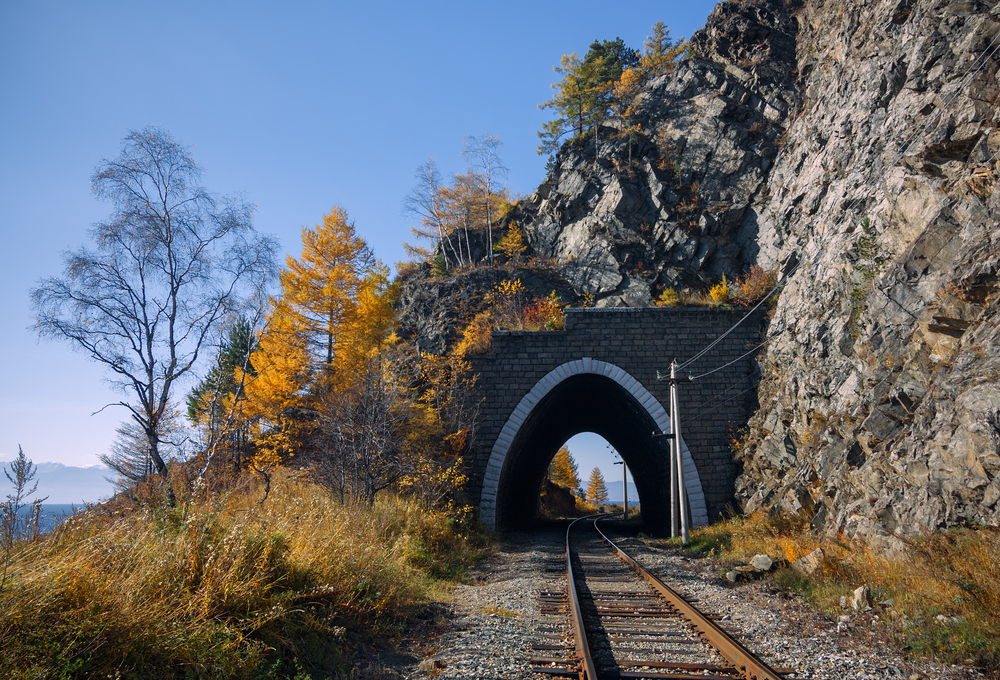 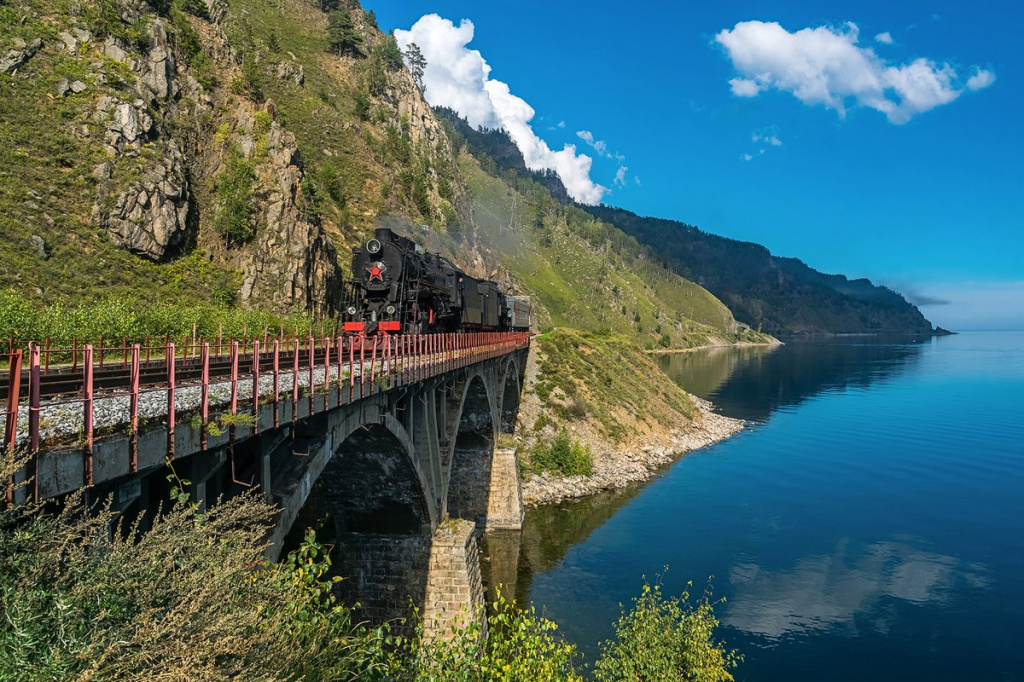 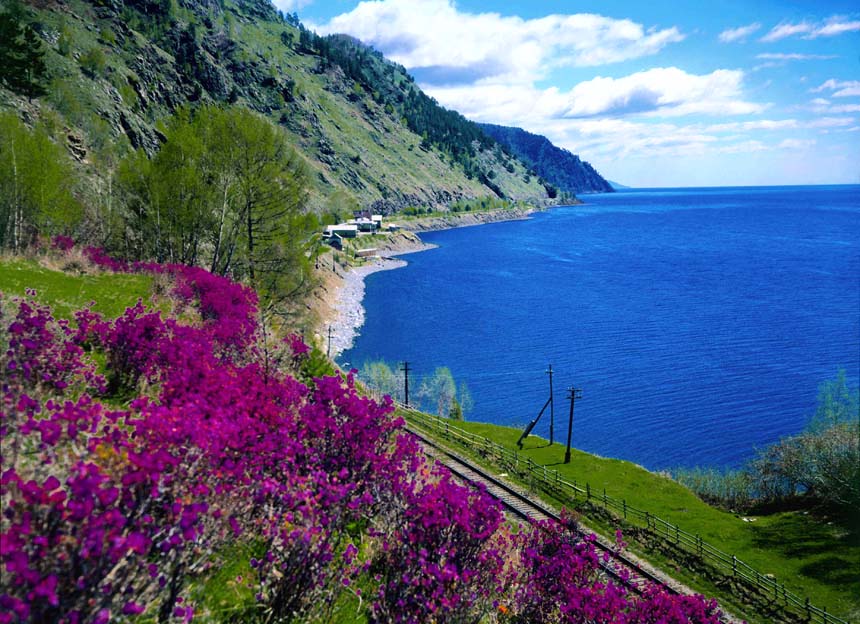 
The first occupants of the area where Ulan-Ude now stands were the Evenks and, later, the Buryat Mongols. Ulan-Ude was settled in 1666 by the Russian Cossacks as the fortress of Udinskoye. Due to its favorable geographical position, it grew rapidly and became a large trade center which connected Russia with China and Mongolia and, from 1690, was the administrative center of the Transbaikal region.
By 1775, it was known as Udinsk, and in 1783 it was granted city status and renamed Verkhneudinsk. After a large fire in 1878, the city was almost completely rebuilt. The Trans-Siberian Railway reached the city in 1900 causing an explosion in growth. The population which was 3,500 in 1880 reached 126,000 in 1939
From 6 April to October 1920 Verkhneudinsk was the capital of the Far Eastern Republic (Р”Р°Р»СЊРЅРµРІРѕСЃС‚РѕС‡РЅР°СЏ Р РµСЃРїСѓР±Р»РёРєР°), sometimes called Chita Republic. It was a nominally independent state that existed from April 1920 to November 1922 in the easternmost part of the Russian Far East. On 27 July 1934, the city was renamed Ulan-Ude. There was a War there between Reds and Whites in 1917вЂ“1924.

ETHNOGRAPHY MUSEUM of the People of Transbaikalia Culture 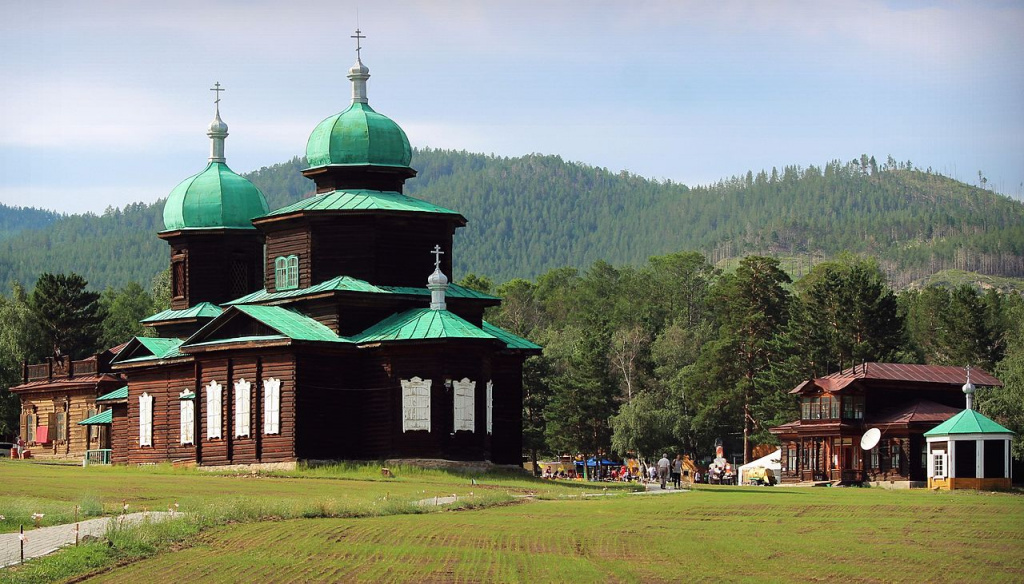 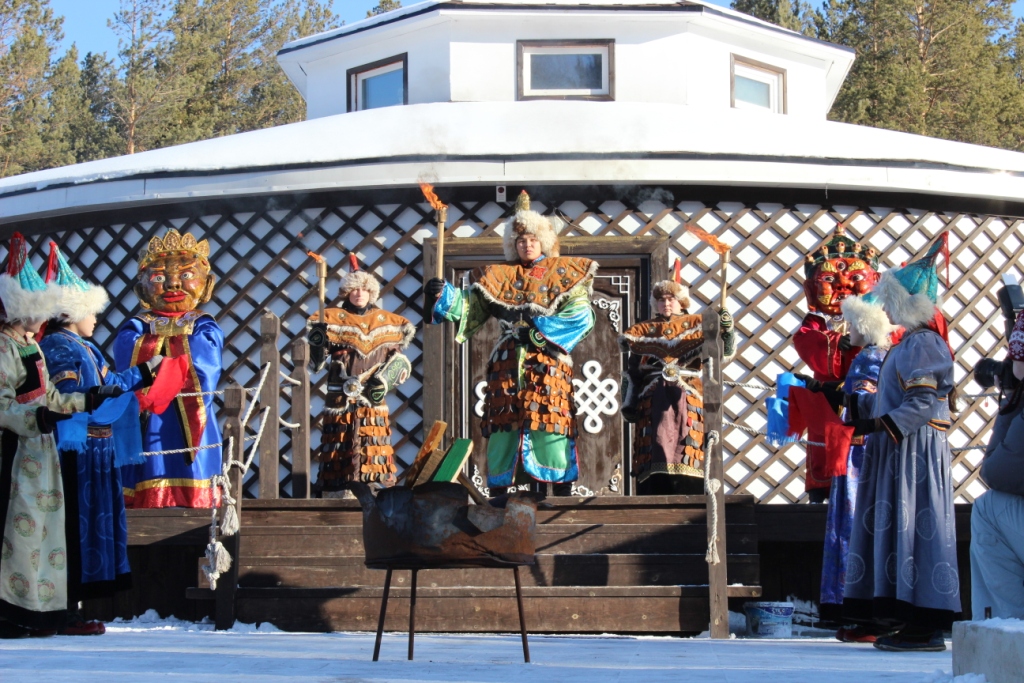 Old Believers of Buryatia are a colorful branch of Orthodox Russians exiled in Siberia in XVIII century after the church reform carried out by Patriarch Nikon. They managed to save their culture, singing art, religion as they were two centuries ago. Dinner at the family, traditional games, Old Believers polyphonic songs and a lot of fun. 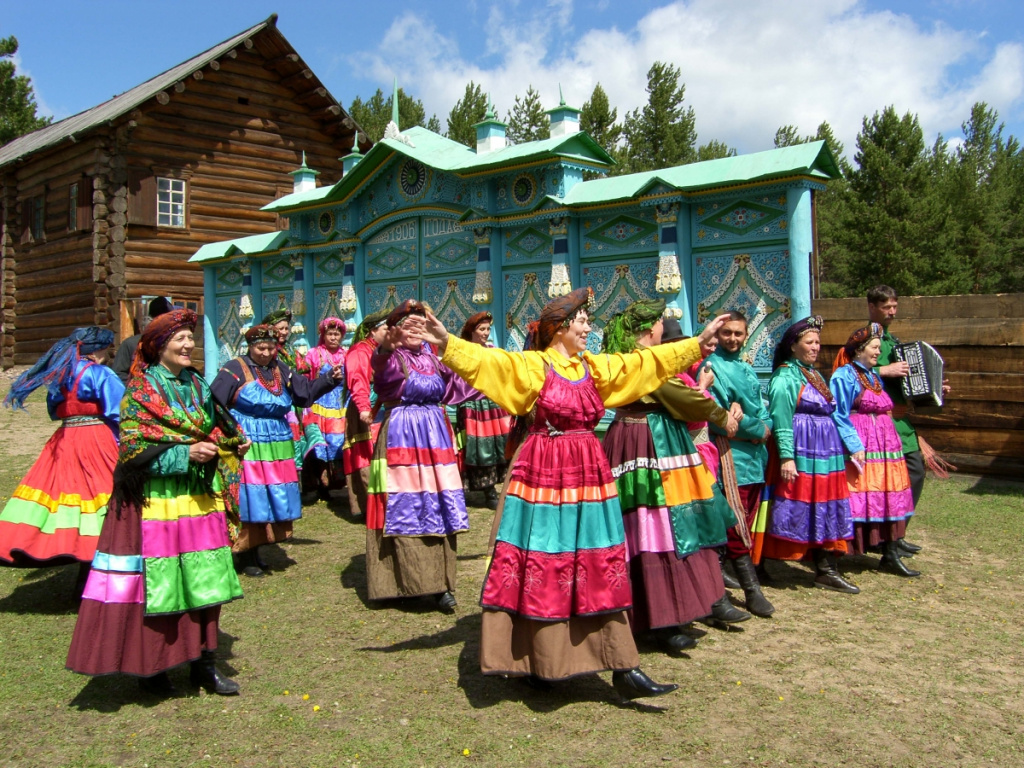 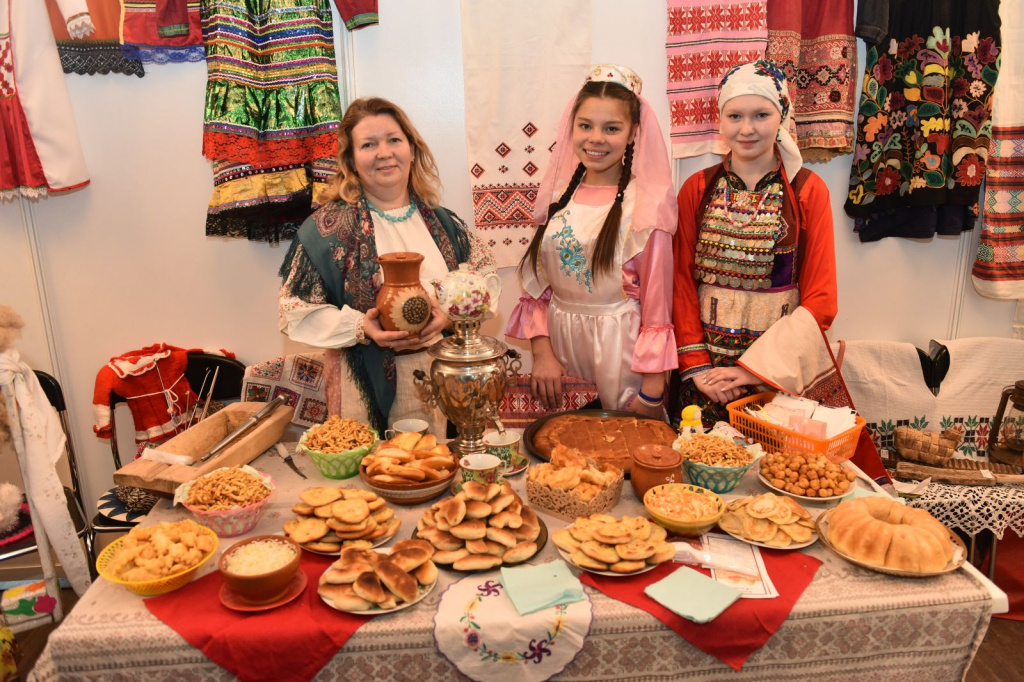 Ivolginsky datsan is the Buddhist Temple located in Buryatia, Russia, 23 km from Ulan Ude, near Verkhnyaya Ivolga village.
The datsan was opened in 1945 as the only Buddhist spiritual centre of the USSR. In the course of time the little "Khambin's sume" changed into the Monastic centre with a residence of Pandido Khambo lama, the leader of all Russian Lamas.
It was the residence of the Central Spiritual Board of Buddhists of the USSR and later of the Buddhist Traditional Sangha of Russia, as well as that of Pandido Khambo lama, the head of the Russian Buddhists. The spiritual activity of the datsan is manifested in temple rites, medical practice, and a traditional system of Buddhist education. The Buddhist university В«Dashi ChoinkhorlingВ» was opened in 1991 attached to the datsan. 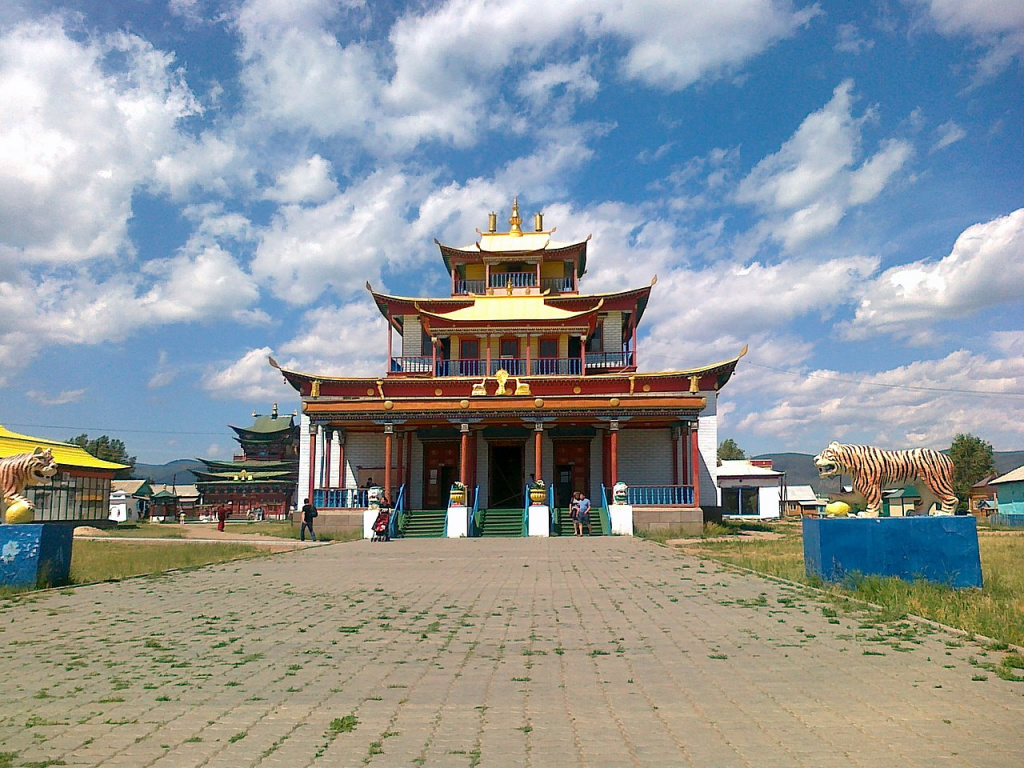 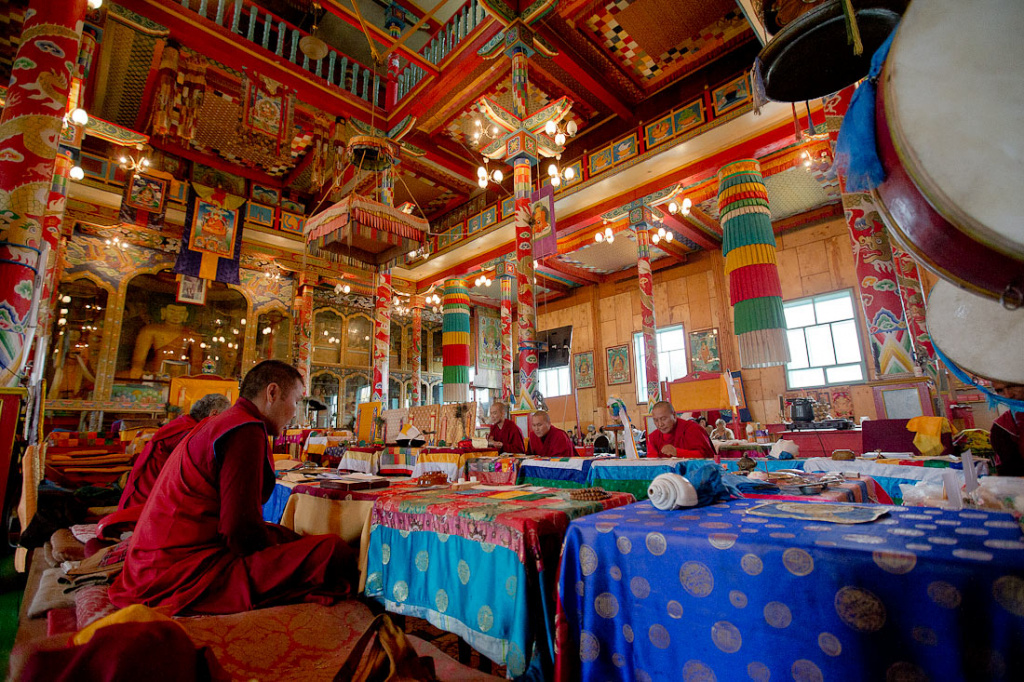 Ivolginsky monastery is the center of Buddhism in Russia.
Nowadays it's also an institute called В«Dashi ChoikhorlingВ» (from Tibetan language В«Land of the happy TeachingВ»). It's a special place where Buddhist monks, scientist-buddhologists, specialists in Tibetan and Old Mongolian languages are taught. Now the monastery keeps one of the most important Buddhist relicts - the imperishable body of XII Pandito Khambo lama Dashi Dorzho Itegelov. The Buddhist monastery built in 1945 nowadays is a summer residence of the Head of Russian Buddhist Community Bandido Khambo Lama Damba Ayusheev.
The territory of the temple looks like a little village, where both temples and houses of lamas are situated. YouвЂ™ll find there Stupas вЂ“ special constructions under which sacred relicts are buried, the evergreen sapling of the Bodhi tree under which Buddha got enlightened, a library of the Buddhist religious books, the largest in Russia.
1991 Buddhist institute was founded on the territory of the monastery. It's a special school where the Buddhist monks, Buddhist scholars, specialist in Old Mongolian languages are taught.
The unique body of lama Dashi-Dorjo ItegelovвЂ™s is also kept here. The lama has been in the state of meditation for the last 78 years. He attained the special state of it called "Samadkhi" - thus, he purified the body and the mind and prevented it from putrefaction. The body of the great Lama was found again and he still seats at the same posture of Lotus as he had set before the death and it is considered to be sacred.