The Aurora Borealis, or so called the Northern (Polar) lights, are a phenomenon bewildering in its beauty!

Numerous photos of the polar lights are always a cause of controversy about the use of photoshop - as the play of colors in the night sky looks so incredible!  In fact, the northern lights have long been studied: it is just the glow of the upper discharged layers of the atmosphere, caused by the collision of charged particles with atoms.

But does this make this phenomenon less exciting?  No!  Most of people still perceive it as real magic, and every year hundreds of tourists come to Murmansk Region – heart of the Russian Arctic’s - specifically to see the northern lights! 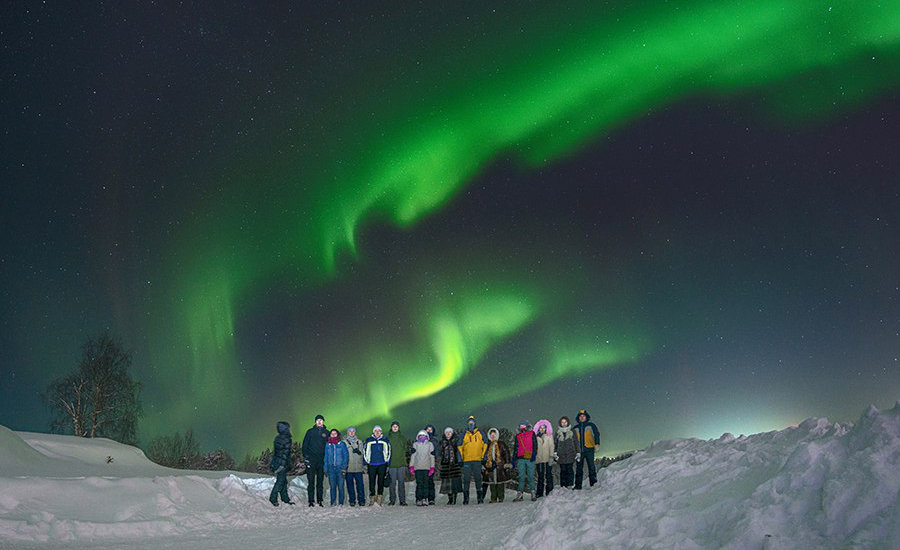 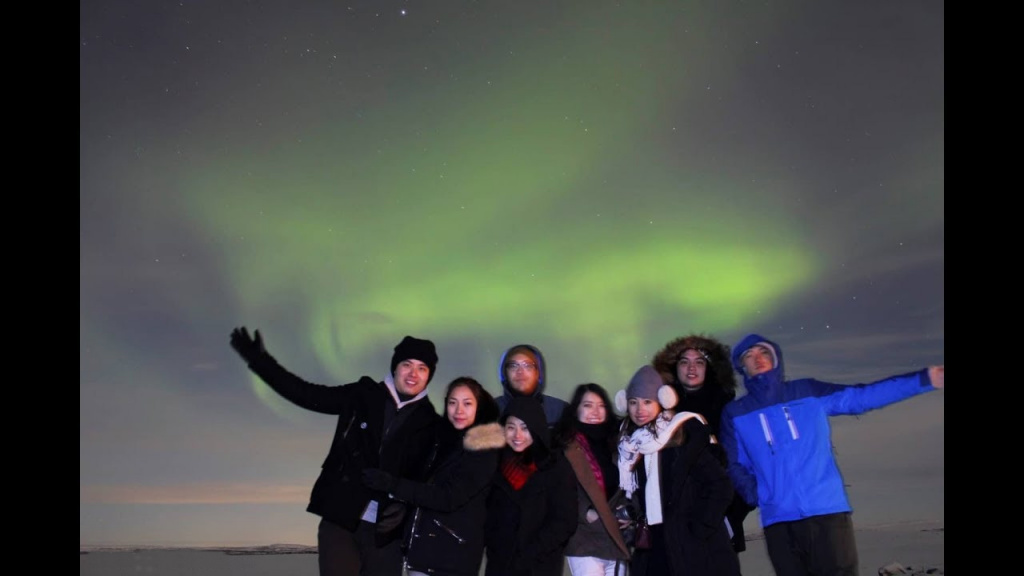 The best time to observe this natural electrical phenomenon on the Kola Peninsula is from end of November to early April, when the temperatures are predominantly below zero.

It is at this time that we are happy to welcome you for an unforgettable “Hunting tour for the Aurora Lights”!

Nevertheless, keep in mind that to chase down the northern lights you have to be lucky and sometimes persistent.

As winter is getting so close, and the Coronavirus is being much better controlled, you have every reason to choose Murmansk as your next destination in Russia!

Murmansk is the largest city and the capital of Russian Arctic’s. Murmansk was only established in 1916, but became of huge strategic importance as a major port on the Arctic Ocean during the Soviet Union. During the Second World War the Germans did everything to gain control over Murmansk.
Murmansk, being the only ice free harbor, served as the main link, connecting the Soviet Union with the Western world, through which the Soviet people and the Red Army received the food supplies, manufactured goods and military equipment, brought in the Arctic convoys by the Western allies.
Murmansk was heavily bombed and largely destroyed, but the Germans did not succeed. There was fierce resistance and along with the harsh weather conditions the German Army had to retreat. Murmansk later received the honorable title of Hero city.

There are plenty of monuments associated with the heroic history of Murmansk, which are worth to spend a day or two for city sightseeing tour. 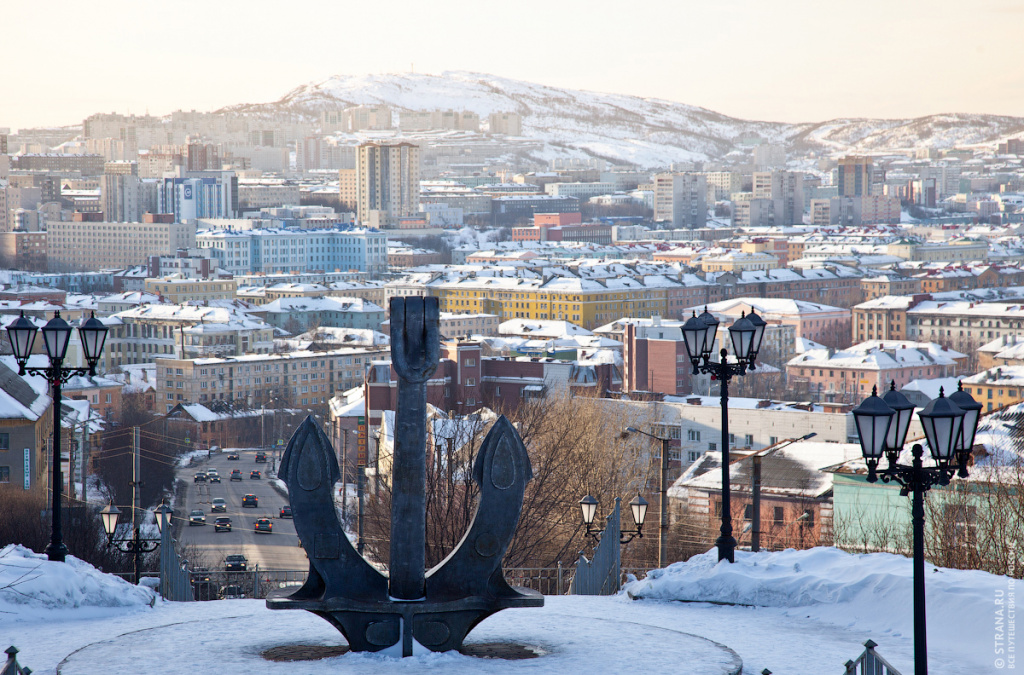 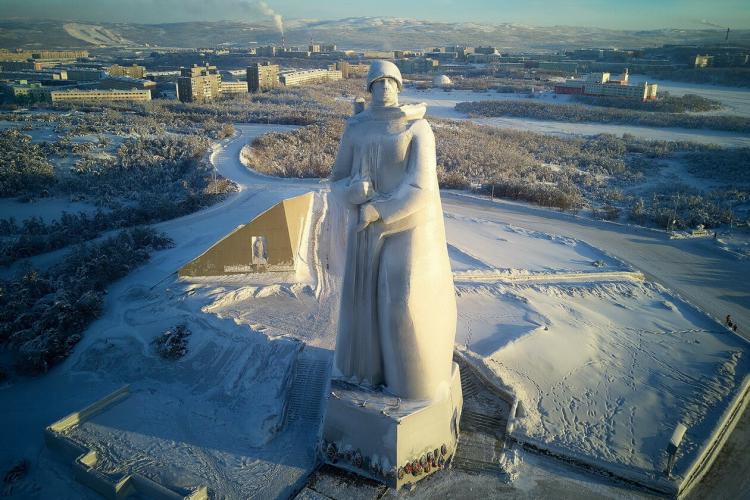 However, the main delights which annually inspire so many domestic and overseas tourists to visit Murmansk are the wide choice of Winter activities!  The Russian Arctic has a lot to offer to dedicated travelers.

We are happy to offer you the following activities to fulfill during your tour to Murmansk:

- Husky Farm visit with Husky dog sledding
- Ethnographical tour to Saami settlement with a great choice of activities, including Saami traditional games, dressing up in Saami clothes, Reindeer Sledge ride and more…
- Snowmobile Safari tour in the Khibiny Mountains to admire the harsh beauty of the polar mountains, Ice-lakes, Ice-free rivers  and more…
- Visit the Snow Village to be mesmerized by the ice sculptures at the Snow Village
- Trip to village of Teriberka on the edge of Barents Sea to feel the spirit of the Arctic
And more!

Here is the SAMPLE program of 04 days / 03 Nights in Murmansk and Kola Peninsula, which covers most of the recommended activities !
Arrival from Petersburg and departure to Moscow are given just for example.

Arrive to Murmansk by morning flight from St.Petersburg.
Meet & greet by local English Speaking guide and pick up by coach
Lunch in the city restaurant

City sightseeing tour of Murmansk, including “Alyosha” monument built to commemorate the soldiers and sailors who fought for the USSR in the World War II, the Memorial to the seamen who died at peacetime and other major sea and navy related sites. 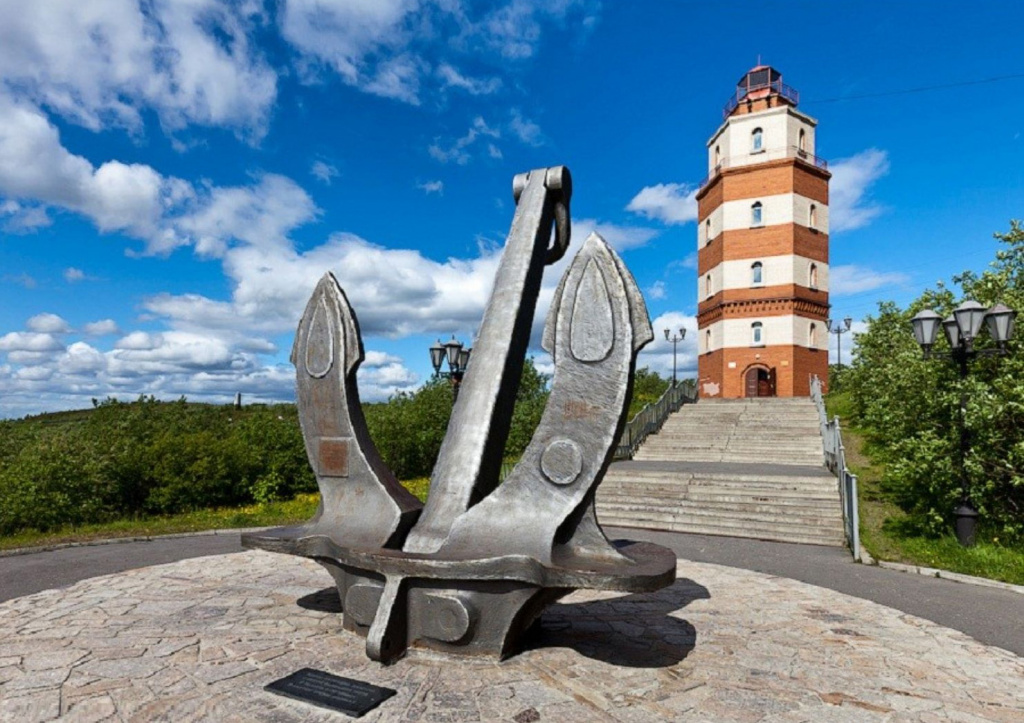 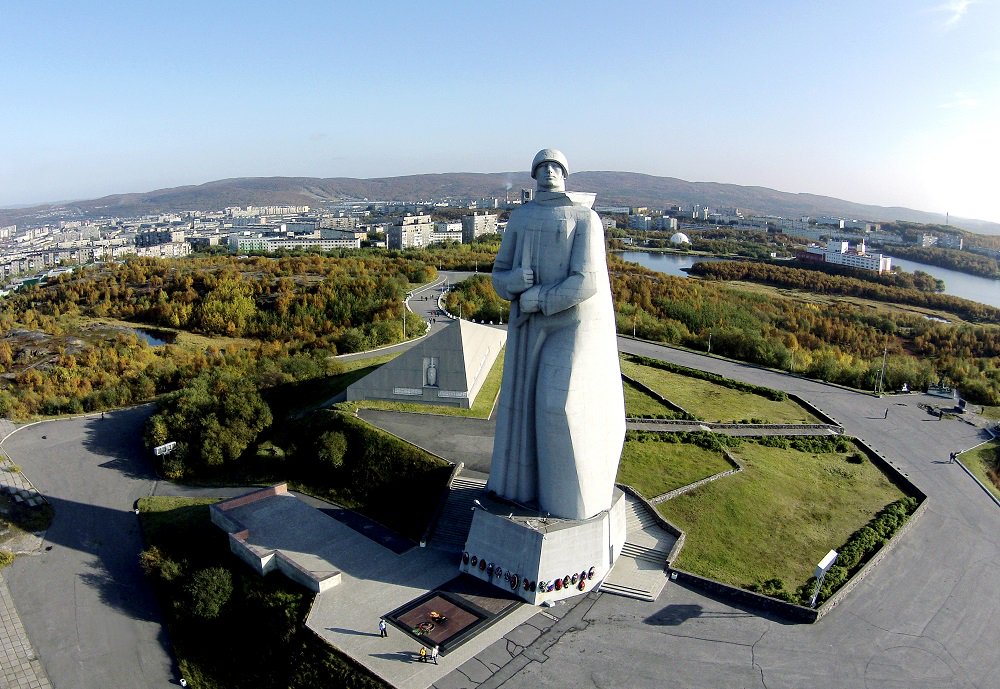 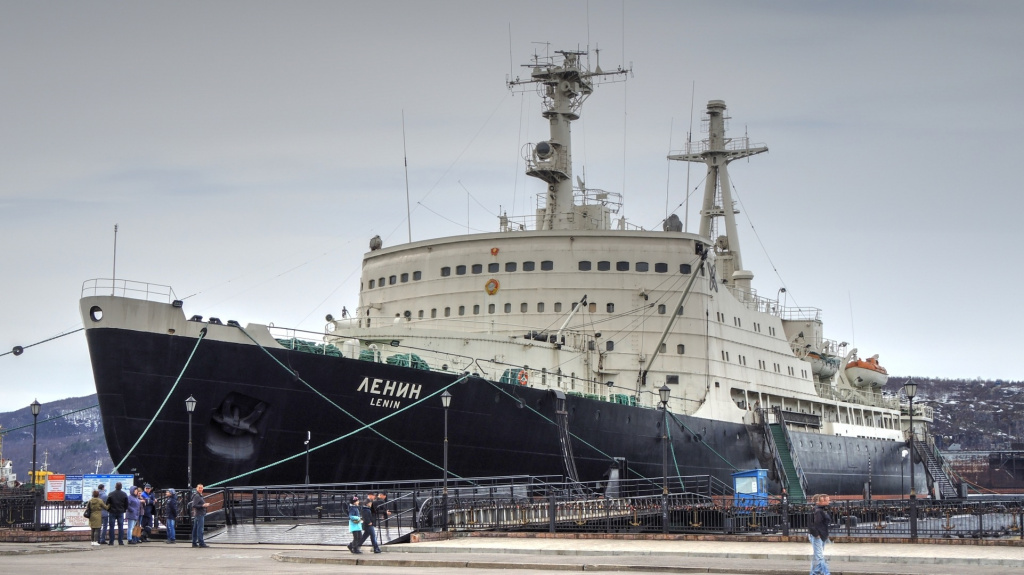 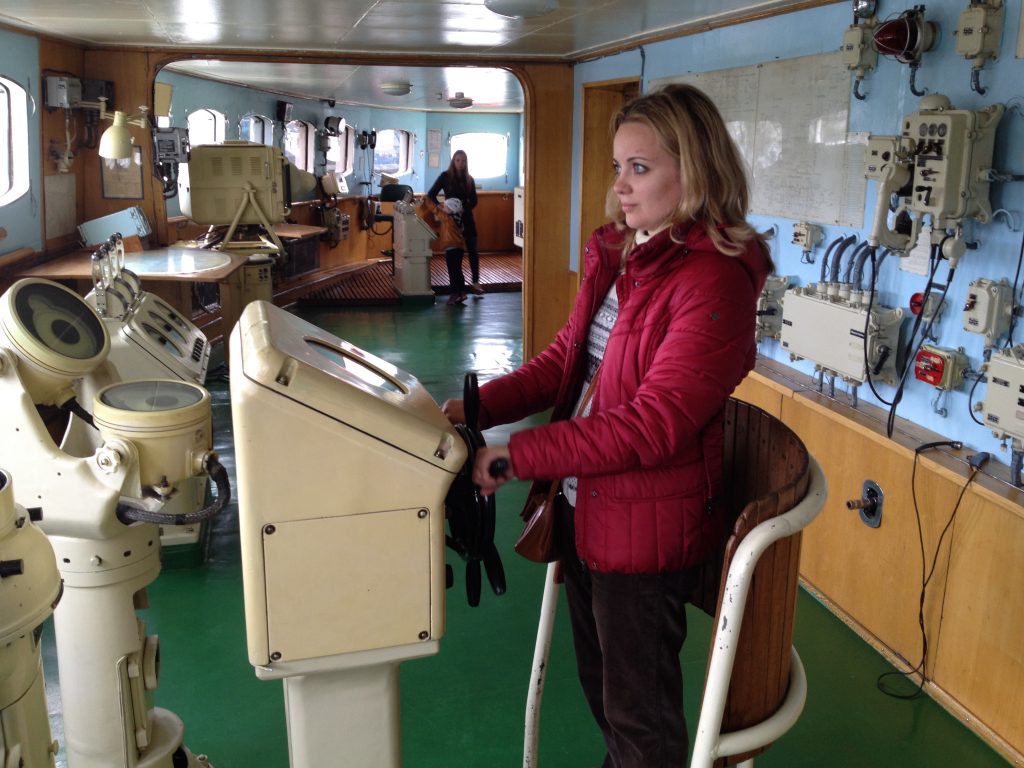 Dinner in the city restaurant (menu include local specialties!)
After check in – short leisure at hotel. 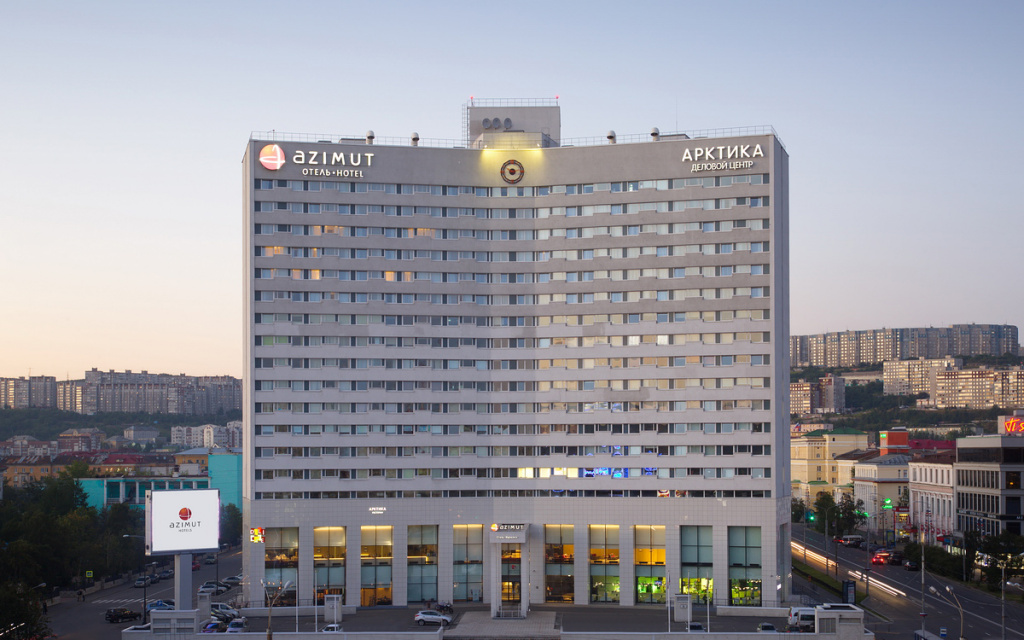 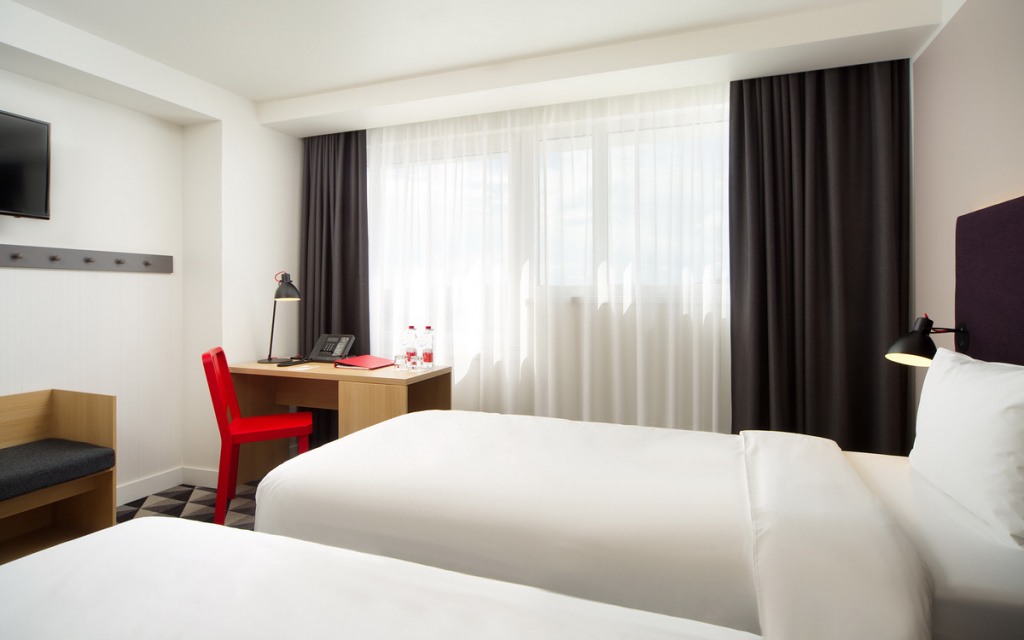 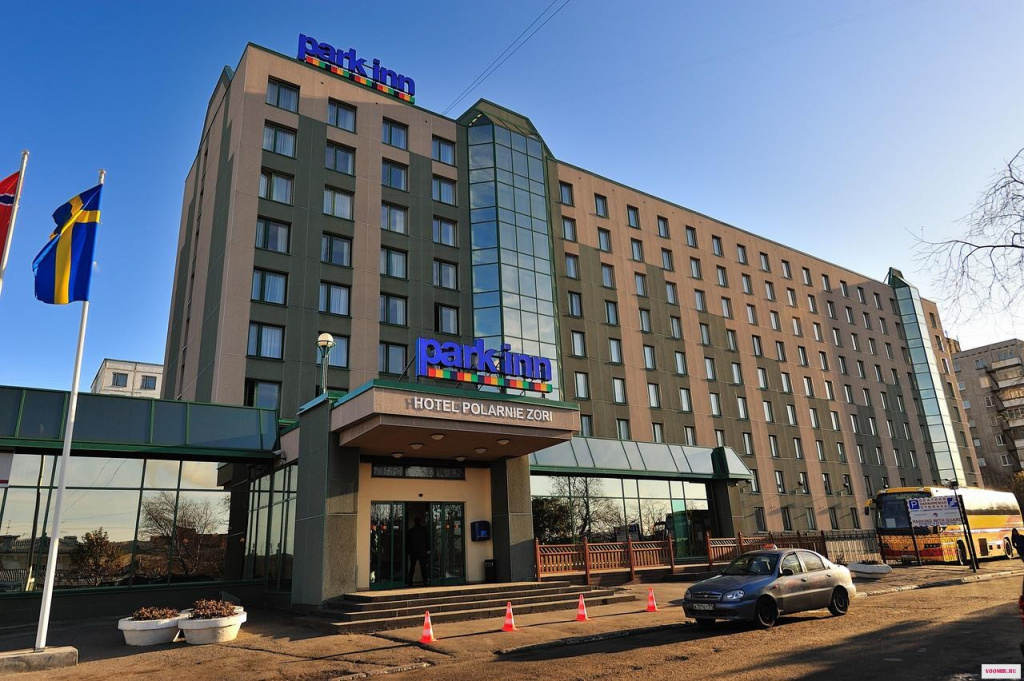 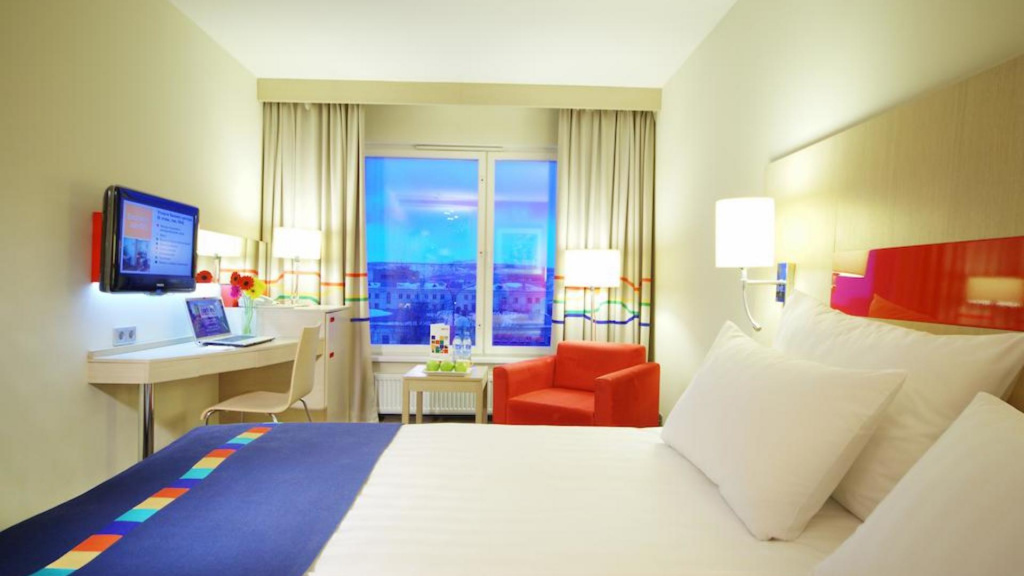 Later proceed for “Aurora Hunting tour” – one of the main highlights of your journey! (Note! subject to weather conditions):

 On the day of the tour, your guide will pick you up from the hotel in Murmansk (about 9 p.m., +/- 30 minutes). After your meeting, you will go to some place in the Murmansk region to find a clear sky. Be ready to go for 100-150 kilometres from Murmansk.
 When you will find Aurora Borealis, guide will ask you to move quickly to take the best photos, because the Northern Lights are regularly changing.
 If you cold, you can get into the car or coach and drink hot tea with snacks. We have warm clothes for our tourists (must be ordered in advance for an additional cost).
 After successful hunting, we will go back to Murmansk. We finish the tour always at a different time. Usually, it takes 3-5 hours.

Please remember, to see the northern lights is a moment of luck, and it cannot be given a 100% guarantee that you will see it. It can appear in the sky from a few minutes up to 2 hours and the light effect can be different. Most of our tours are successful (8 out of 10).
NB! To prevent the hunt for Russia’s Northern Lights from becoming complete guesswork, we partner with the Polar Geophysical Institute (PGI) in the Kola Peninsula. The PGI uses satellite technology to check for the possibility of Northern Lights appearing. Upon getting a positive confirmation, they search for a place with clear skies and inform us accordingly. 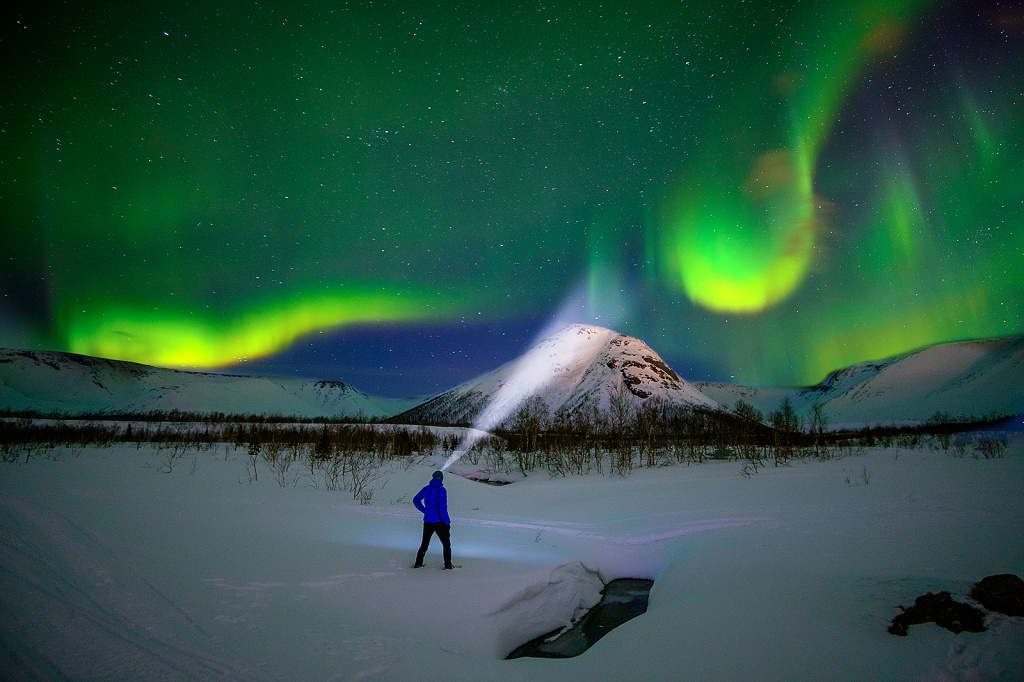 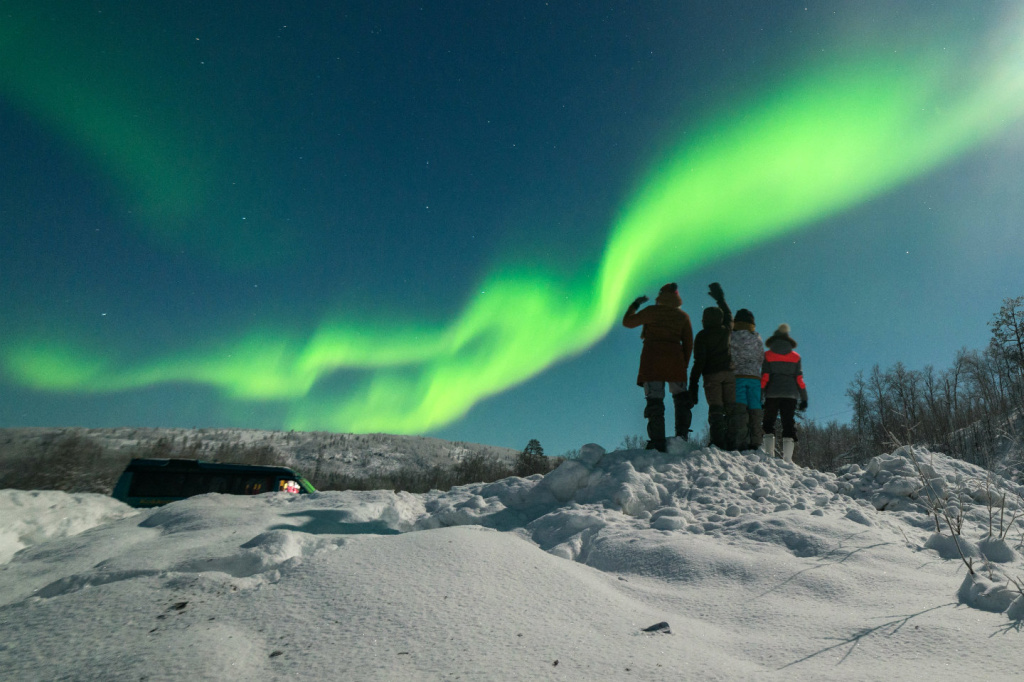 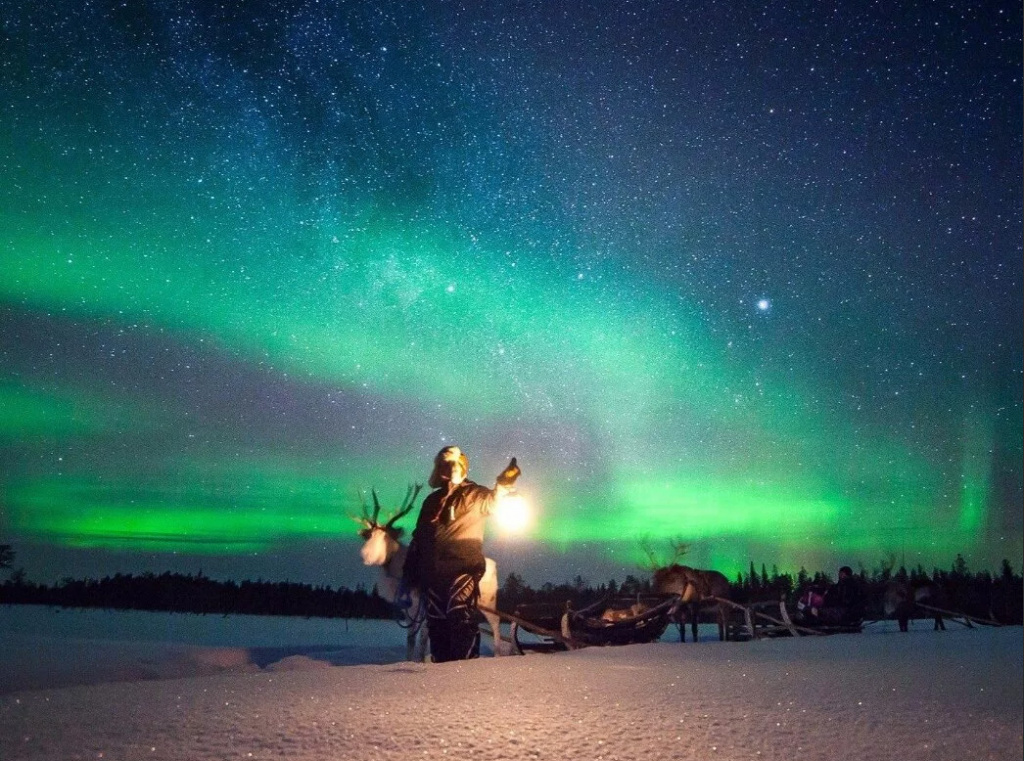 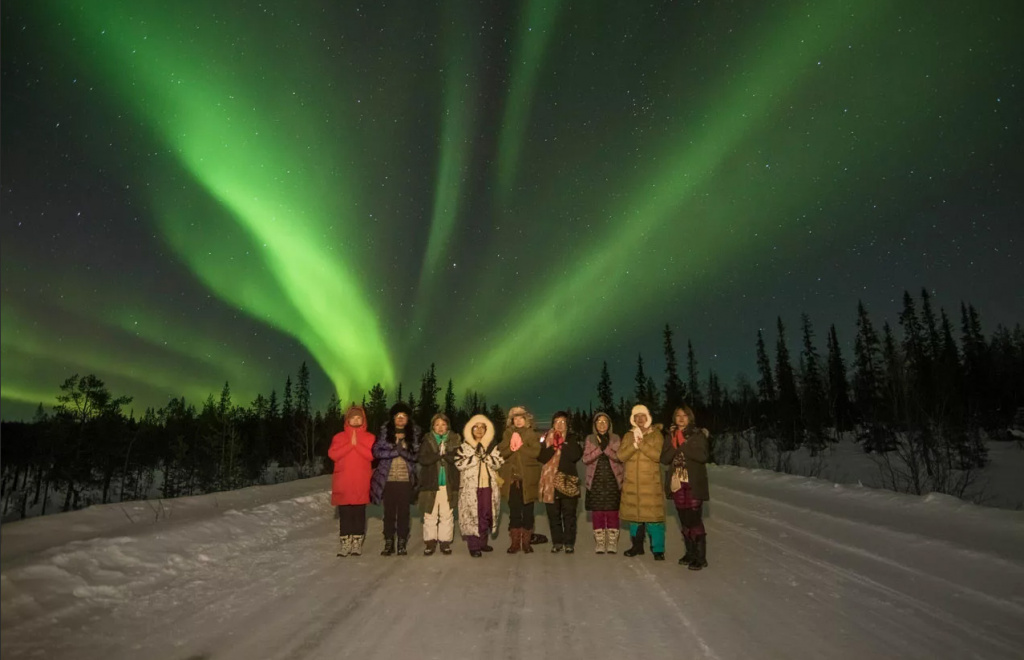 Return to Murmansk and hotel and overnight

Morning departure to the Saami Village, where you will be offered a full ethnographic program, including a traditional lunch in Saami’s typical dwelling (Kuvaksa).
The Saami in “Russian Lapland” live a way of life which almost has not changed over the last century.
They possess a rich, unique folklore and many still wear the distinctive and colorful traditional Lappish clothing.
Guests will be offered to play some Saami traditional games and try one’s hand at throwing a lasso. 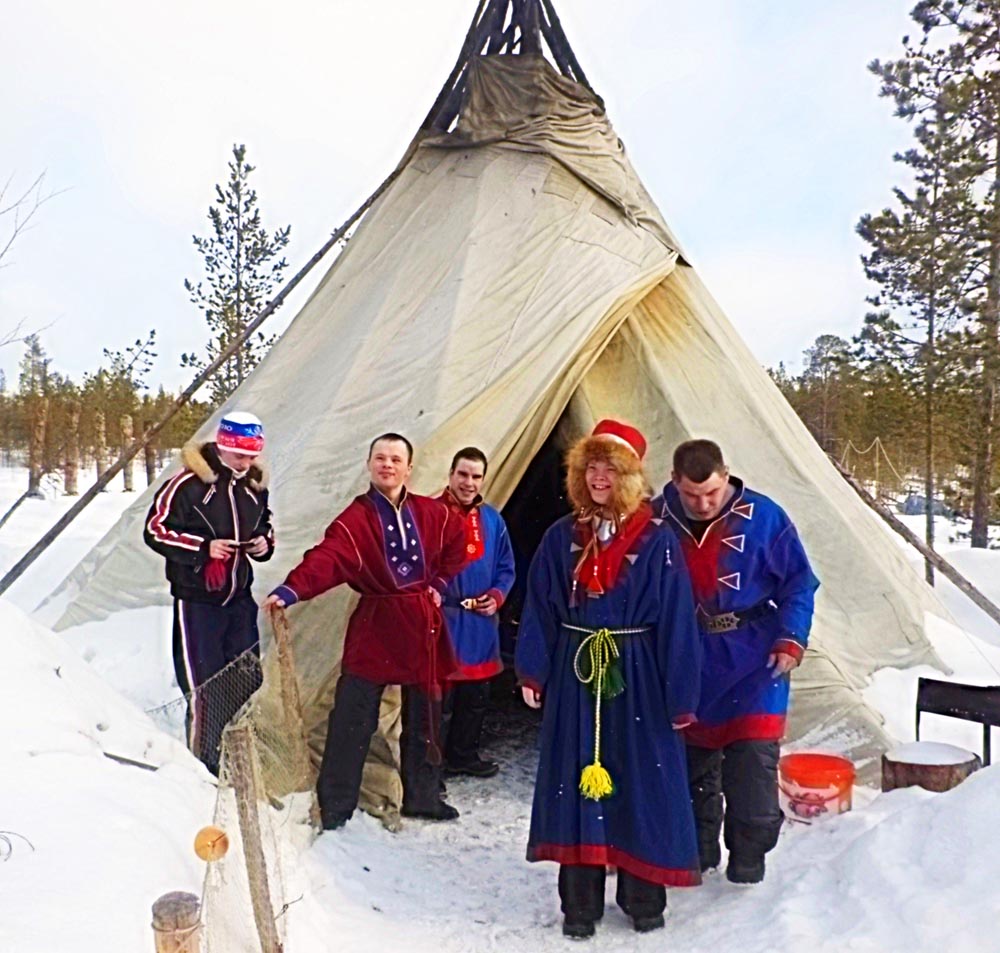 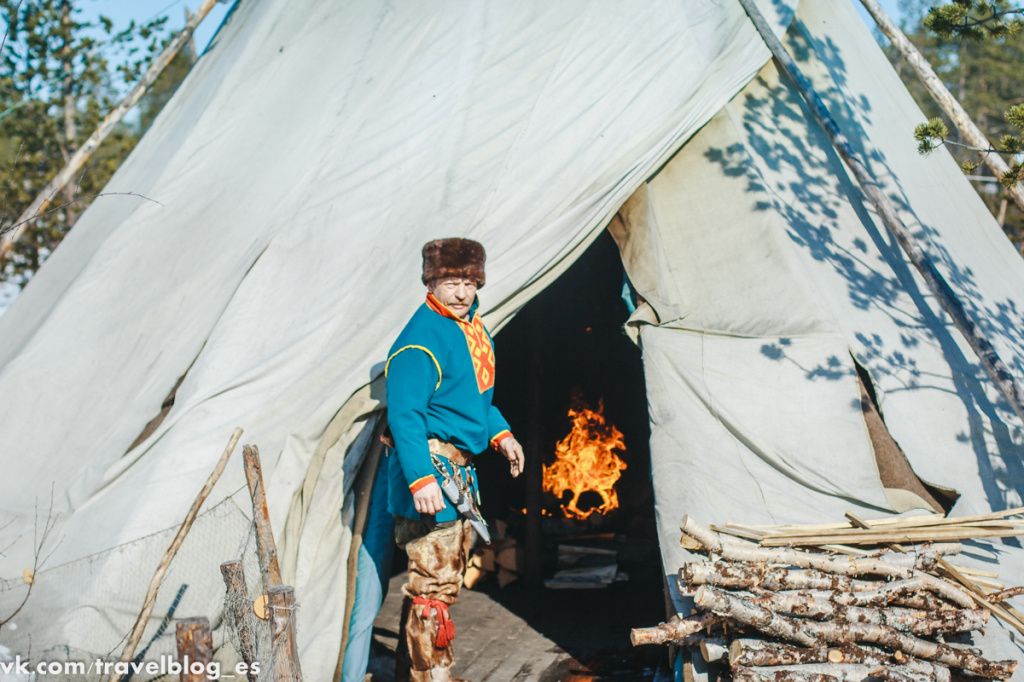 For other authentic Arctic experiences go for a Reindeer sleigh ride, have photos in Saami national clothes, and feed the exotic animals, such as reindeers and polar foxes. 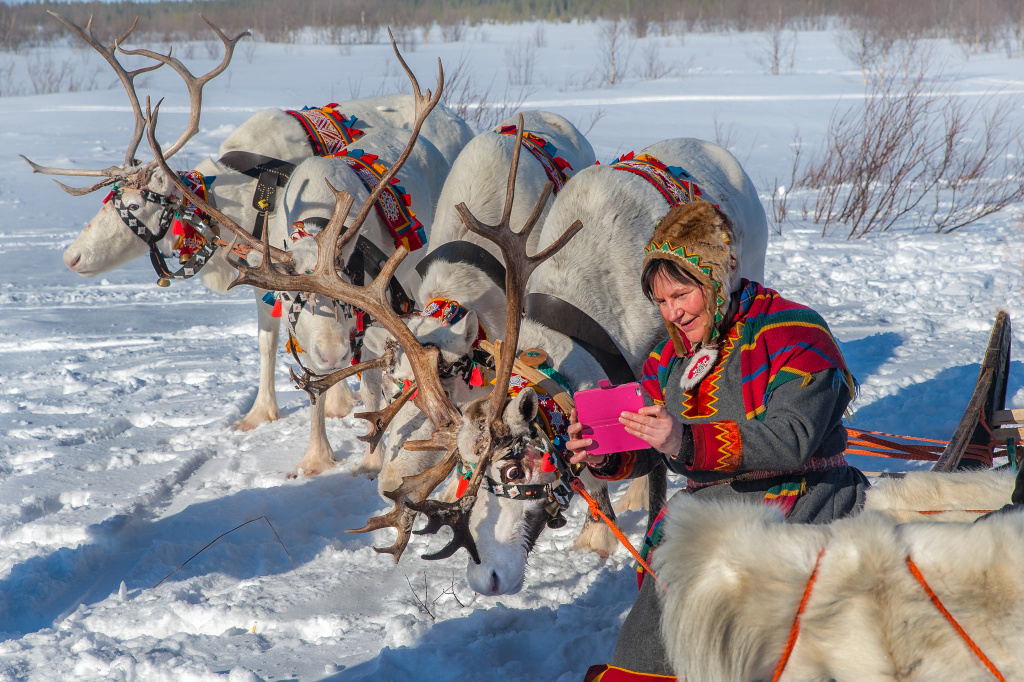 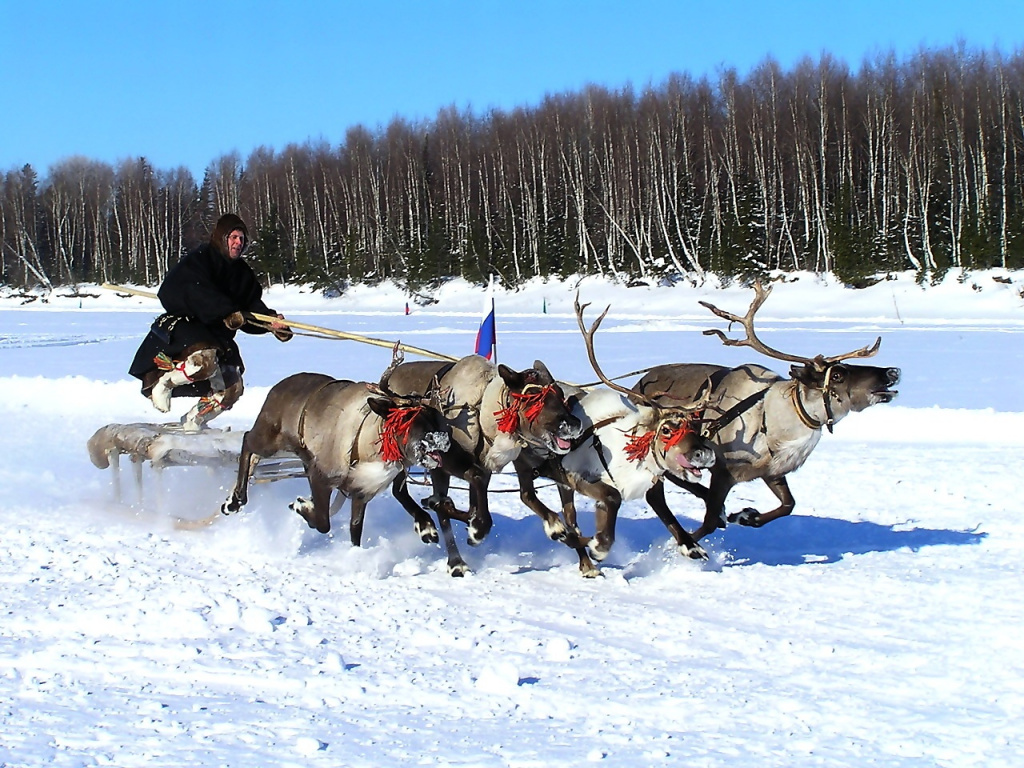 In the afternoon, depart for a visit to a local Husky Farm, where you will meet this fabulous breed of dogs (so lovely, fluffy and friendly!) and will go for an unforgettable Husky-pulled sledge ride. 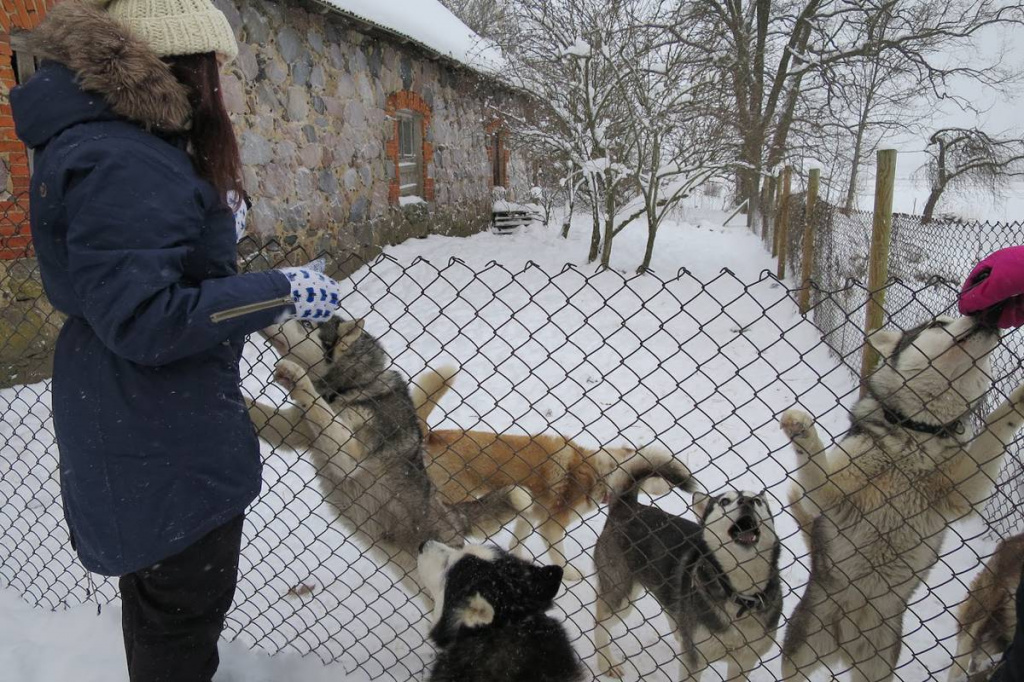 Morning departure towards the city of Kirovsk

Visit to Snow Village (available from the 3rd week of Dec till end of April)
Snow Village is a huge labyrinth made under the snow with beautiful wall carvings and with ice sculptures made by artists from all over the Arctic region:  Russia, Finland, Sweden and Norway. Illuminated with colored lights the corridors, halls and rooms show a fantastic world of winter fairytale, where Father Frost (the Russian Santa Claus) and Snow-girl welcome their guests. 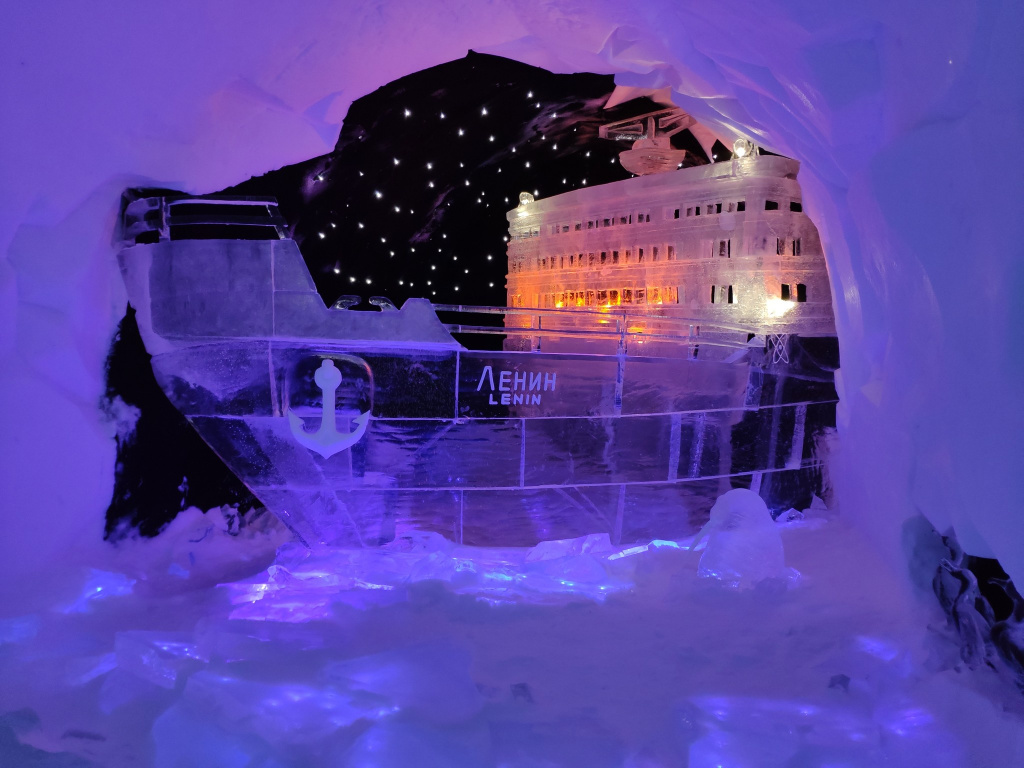 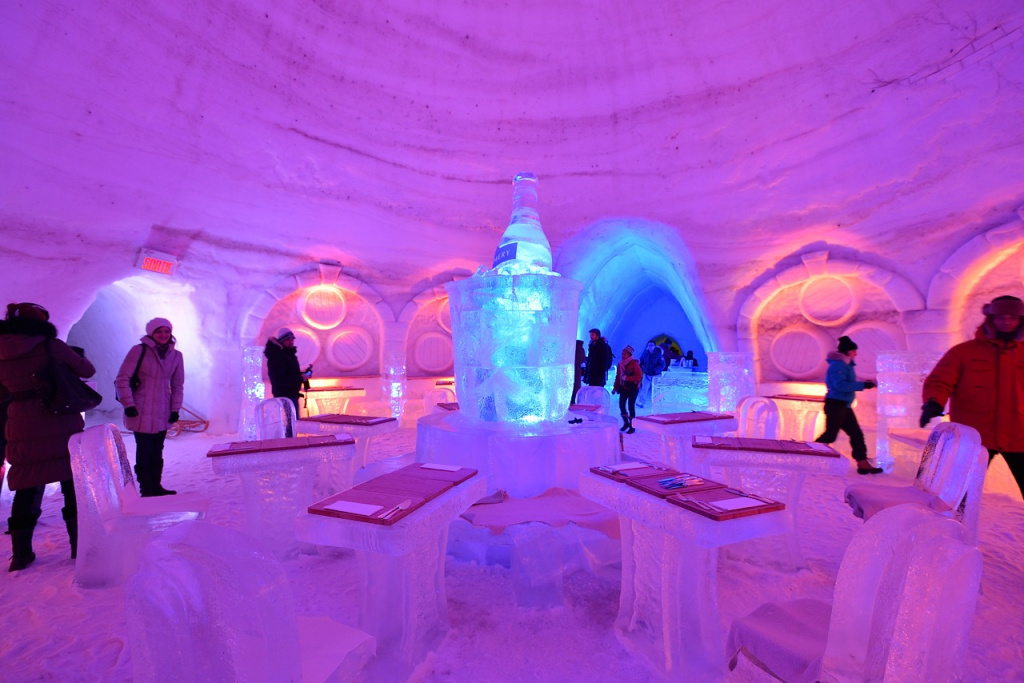 Lunch at local restaurant in Kirovsk

In the afternoon, proceed for Snowmobile safari tour (winter clothing provided)
Fully exciting and comfortable snowmobile trip to the very heart of Khibiny Mountains. Guests will get their seats on a special enclosed sledge pulled by a snowmobile. It is a perfect way to see the harsh beauty of the polar mountains, the snow-covered forest framed by mountains, ice lakes and ice-free rivers. 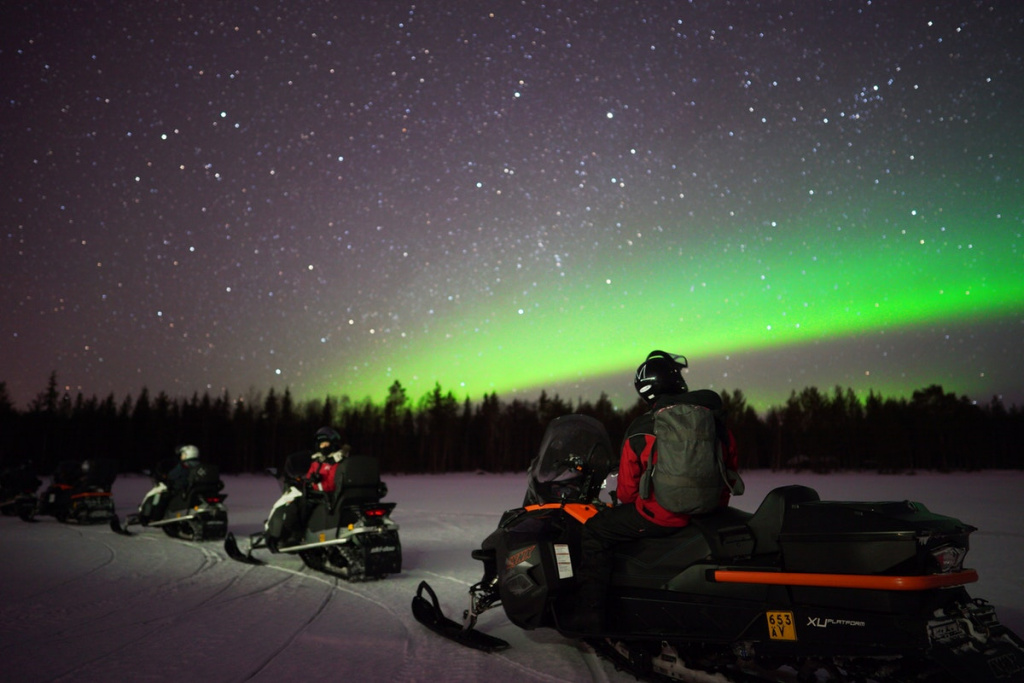 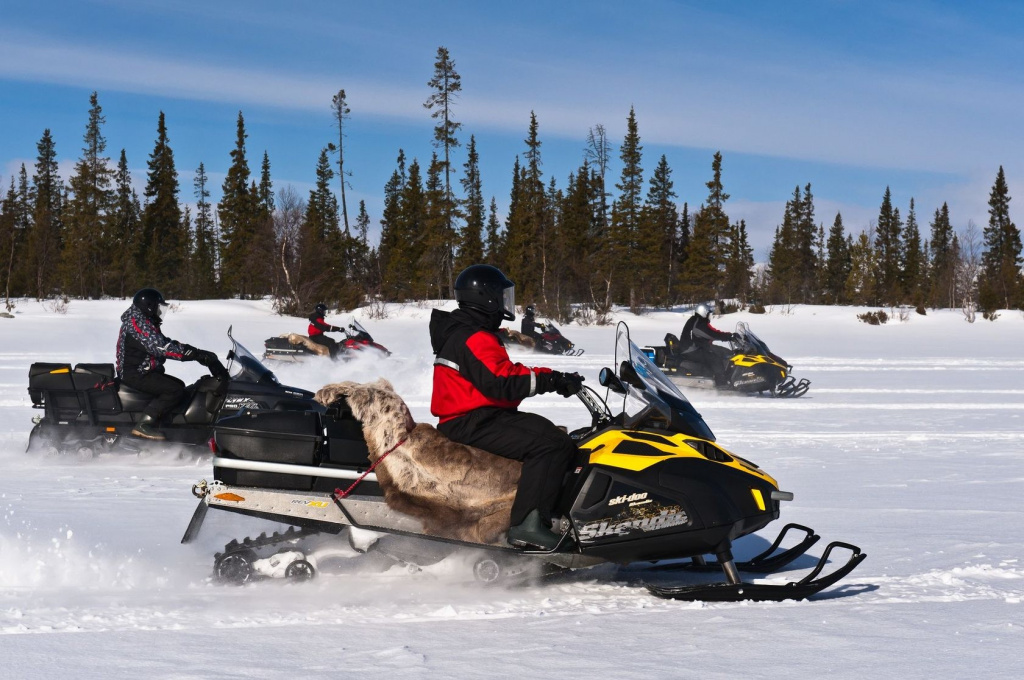 Return to Murmansk
Dinner in the city restaurant (menu includes local specialties)
Drive back to Murmansk and overnight at hotel.

For activity:
- Excursion to village on the shore of Barentsevo Sea - Teriberka.

The place is not close and the road will take about 3 hours in one direction. Along the way, there will be stops for photos in picturesque places. In Teriberka, we will feel the breath of the North to the full. We will visit the the ships, where the remains of ships are waiting for their last hour. Going to the northernmost point, we will admire the coast and the thundering waves. To warm up and have lunch, we will return to Teriberka. You will have free time to walk around the village and take photos. 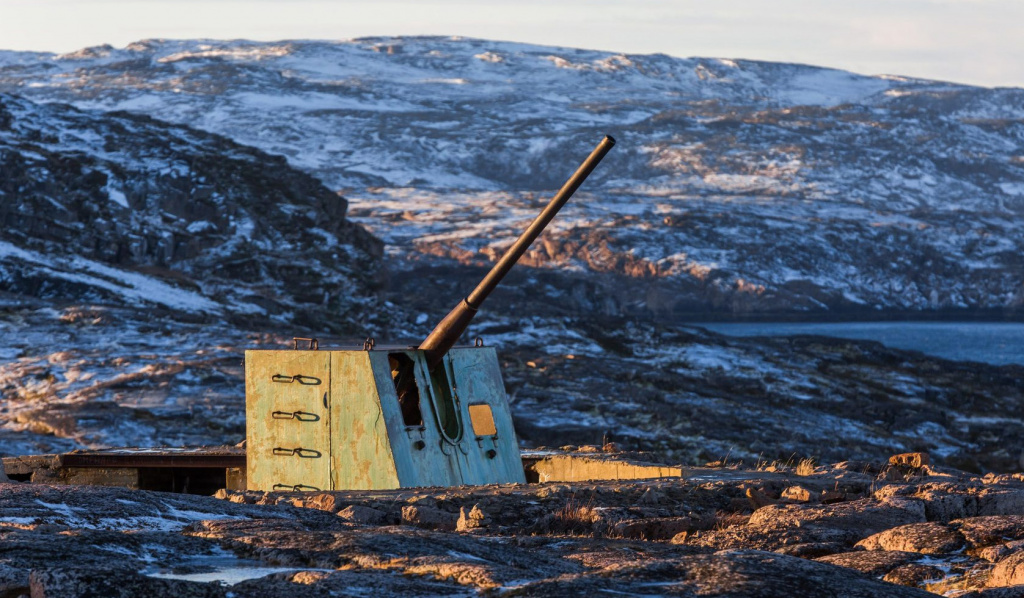 On the way to the waterfall stop and walk along the beach, which is called "Dinosaur Eggs". The fact is that the beach is strewn with large stones polished by waves perfectly rounded shape, reminiscent of fossilized eggs of real dinosaurs. In front of the waterfall at your request we can climb up to see the abandoned artnature coastal defense. It is located on the high hills of the Kola coast, about one kilometer from the waterfall, you can only walk to it, keeping to the coastline. It is not difficult to find the battery, the paths to it have already been trodden by numerous visitors.

- hotel in Kirovsk (instead of Murmansk) - name is Severnaya (North)

The hotel is located in the heart of the city of Kirovsk on the Central square, surrounded by the picturesque Khibiny mountains. Severnaya hotel offers 87 rooms equipped with everything necessary for a comfortable stay. All rooms are equipped with an individual bathroom, cable TV, telephone, kettle, hair dryer, Minibar.
Wireless Internet is available throughout the hotel. It offers a gym, a beauty salon, Laundry facilities, and rooms for storing and drying ski equipment. The conference hall allows you to hold business meetings, seminars, conferences. 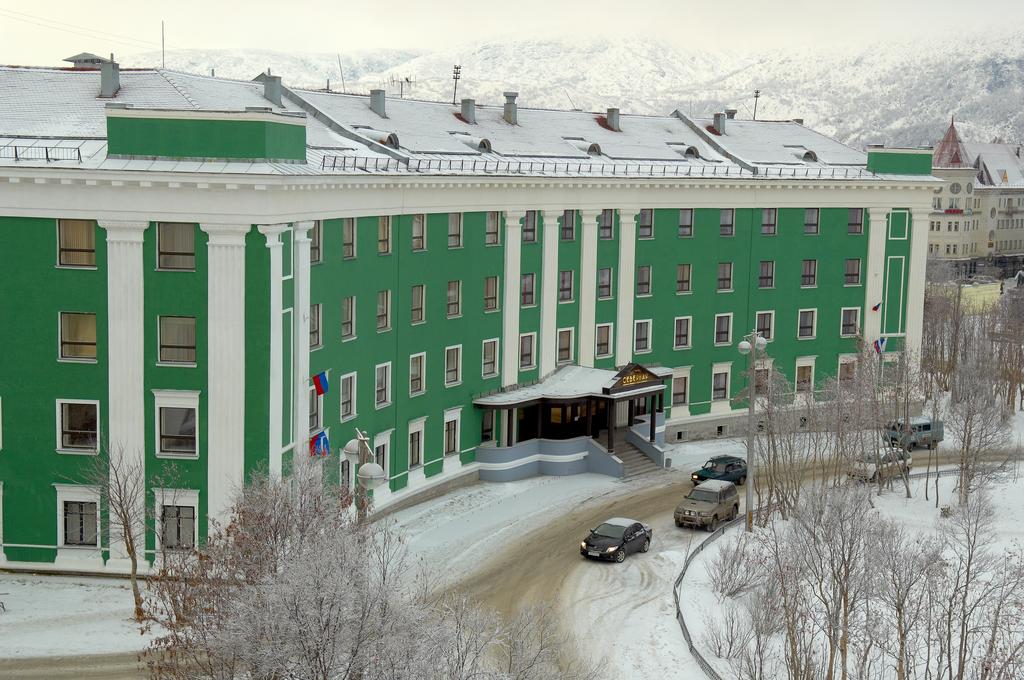 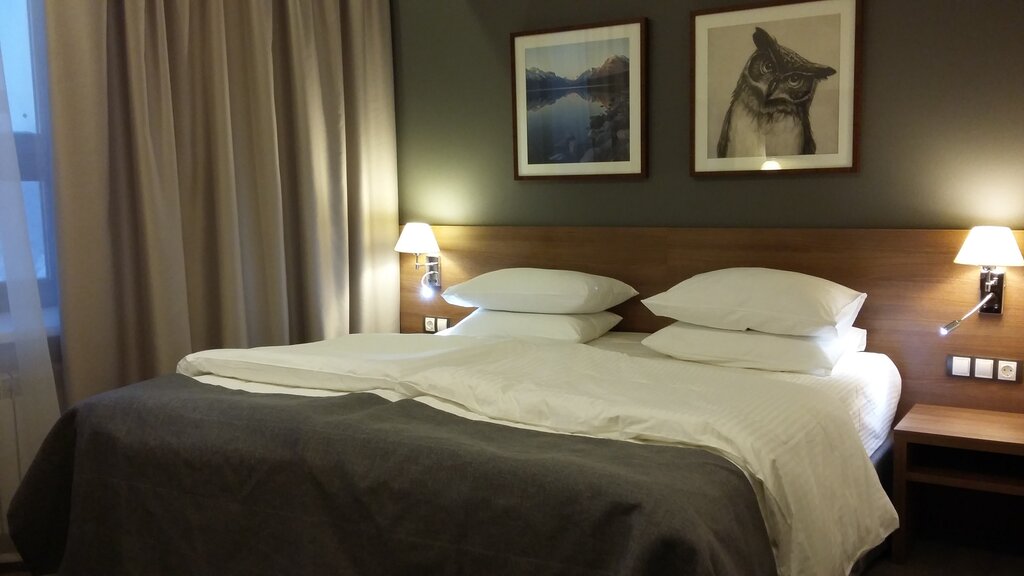 
The village is located between the capital of the northern lights – Murmansk and the Arctic Ocean. The distance from Murmansk is about 50 km. In this place it is absolutely dark and the light of the city does not interfere at all with a comfortable observation of the natural miracle. Take a break from the hustle and bustle of the city with snowmobiling and fishing. “Aurora Village” will leave you with the best memories!
See with your own eyes the birth of the Northern Lights, while in a comfortable igloo or enjoy the dancing lights in the arms of a loved one lying in a fluffy bed all night! 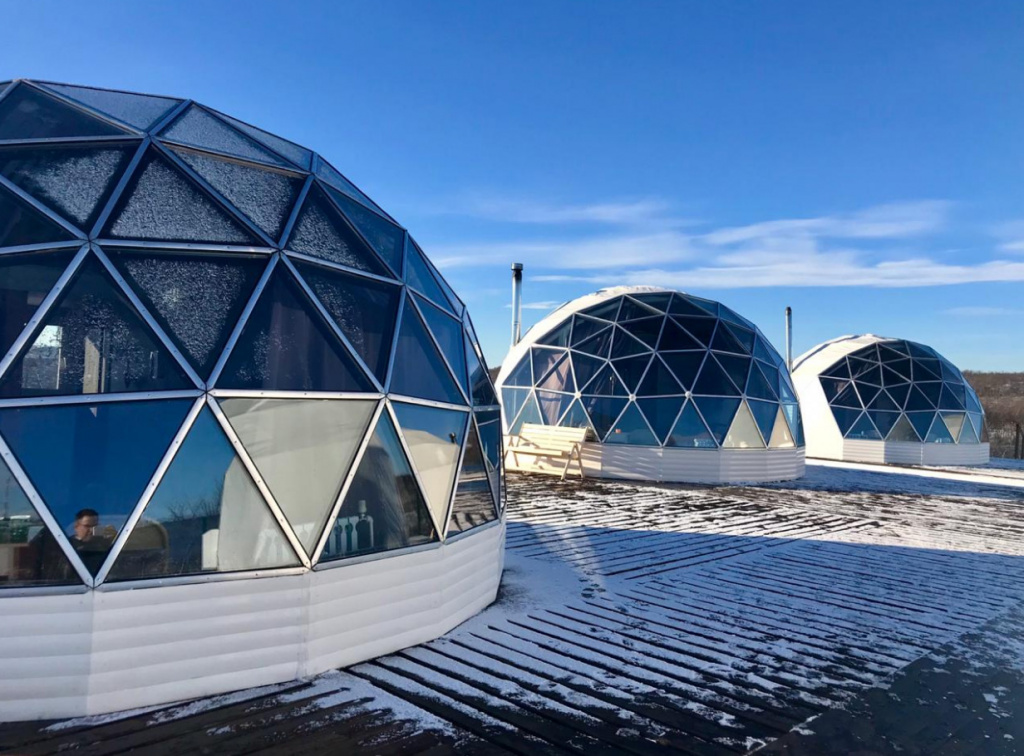 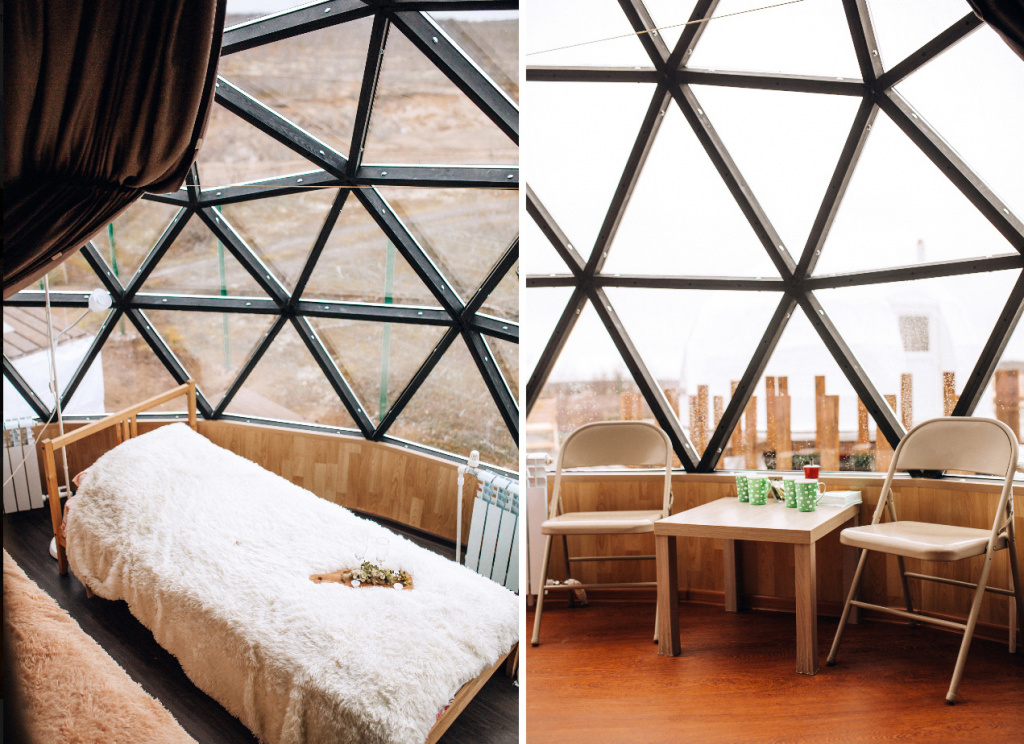