The Altai Mountains are located in the very heart of Russia вЂ” near the Russian border with Kazakhstan, Mongolia, and China. They are often called вЂњRussian TibetвЂќ, вЂњSiberian SwitzerlandвЂќ and even вЂњNew ZealandвЂќ thanks to their beauty and strength. The highest point of the Altai Mountains, and of the Siberian Region as well, is the Belukha Mountain. It is of 4,509 meters high, and is completely covered with snow, from its peak to its bottom. 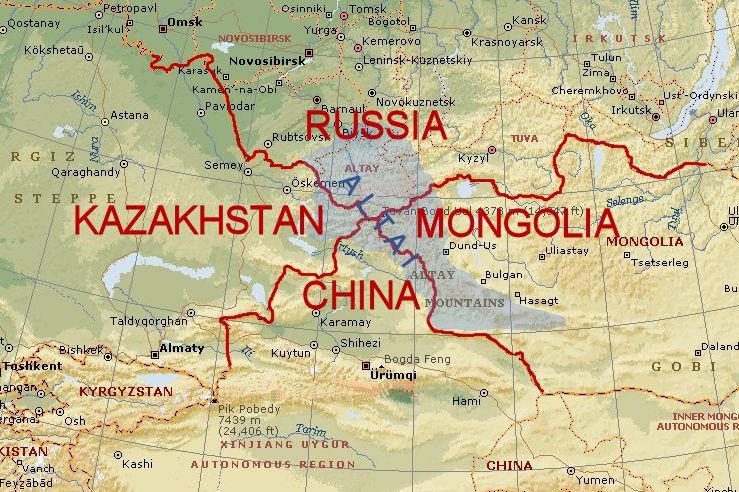 The Altai Mountains are really very old but the first documented encounter with them dates back to the 17th century, when Cossacks from the nearby city of Kuznetsk (which later became a part of Novokuznetsk) arrived at the Lake Teletskoye, or Altyn-KГ¶l. Later, when Biyskaya Fortress (now the city of Biysk) was built, the massive developing of the Altai territory, and more of its northwestern part, began.

The Altai is a very versatile geographic region, where plains and steppes change to mountains, and vice versa. Now itвЂ™s very popular among tourists, because it has a lot of interesting things which can attract those who like active holidays, and those who like to contemplate as well. The most essential kinds of activities are of course climbing, snowboarding, hiking around the legendary routes, trekking, cycling, diving, rafting, kayaking, sailing, swimming, and fishing. Many people come there for more passive relaxation, such as spa, and feasting the eyes upon maralnik, which is a kind of rhododendron, blossoming in spring вЂ” typical deeds of avid ecotourists. They are often attracted by collecting healing herbs, riding a horse, and participating in local festivals, for example in summer вЂњVOTETNOвЂќ (literally вЂ” вЂњhere is etnoвЂќ) festival at the end of July.

Decision on when to go to Altai should be made depending on what you want to do there. The AltaiвЂ™s climate is known to be quite harsh. This region is famous for long frosty winters, and hot but short summers. But even in summer, the temperature may go down, so itвЂ™s crucial to have some warm clothes with you. Tourist season is in the full swing there usually in summer, and thereвЂ™s no wonder: itвЂ™s the perfect time for people who would like to be involved in many different activities вЂ” in summer, one may do the full scope of season activities, from collecting herbs to climbing, and, of course, rafting, sailing, kayaking and fishing вЂ” all those kinds of hot season entertainment. Winter season begins in the Altai in December and ends in March. ItвЂ™s the perfect option to celebrate the New Year there. Skating and mountain skiing, riding famous Russian three horses (вЂњtroikaвЂќ), snowmobiles, winter fishing вЂ” everybody will find an entertainment to oneвЂ™s taste. The most popular city for skiing is Belokurikha.

Another original way of staying in the Altai is housekeeping and taking care of your own house and animals. It is an option for those who prefer peaceful life to the noisy of busy cities.

The best way to get to the Altai is by plane. There are direct flights from Moscow to the most well-known Altai cities Barnaul and Gorno-Altaysk. Then you might go by train, by car, or by bus to any resort and place you like.

The Altai trek takes in the mountains which occupy the area where Russia in the north meets with Kazakhstan, Mongolia and China. Part of the region is designated a UNESCO World Heritage Site. In it's description of the importance of the area UNESCO noted that "the region represents the most complete sequence of altitudinal vegetation zones in central Siberia, from steppe, forest-steppe, mixed forest, sub-alpine vegetation to alpine vegetation". Our trek explores the region in vehicles and on foot.

The spurs of the Katunsky Ridge are one of the most scenic places in all of Russia. The juxtaposition of the wild grandeur of the mountains with peaceful and picturesque landscapes is dramatic. The glacier-covered Belukha Mountain (4503m) is a towering feature. This is the highest peak in Siberia and in the rest of Russia outside the Caucasus. There are many mountain lakes with turquoise waters on the Katunsky ridge. 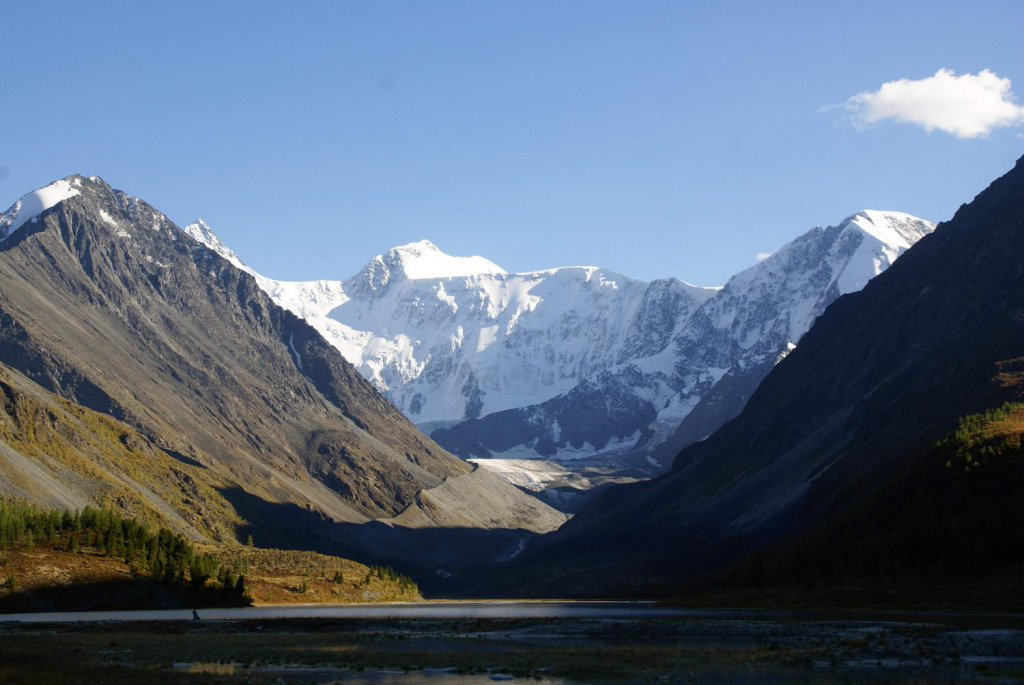 In July and August, the alpine meadows are in luxuriant bloom. In August and September the mating season for deer will be happening. In the Altai you can see Siberian wapiti (red deer), musk deer, brown bear, sable, Siberian weasel, squirrel, chipmunk, Siberian ibex (mountain goat). The elusive snow leopard and the Altai snowcock also make a home of these lands. The huge variety of flowers and flora too makes every day an enjoyable experience of the wilderness.

Take a trip to Altai with Tari Tour!