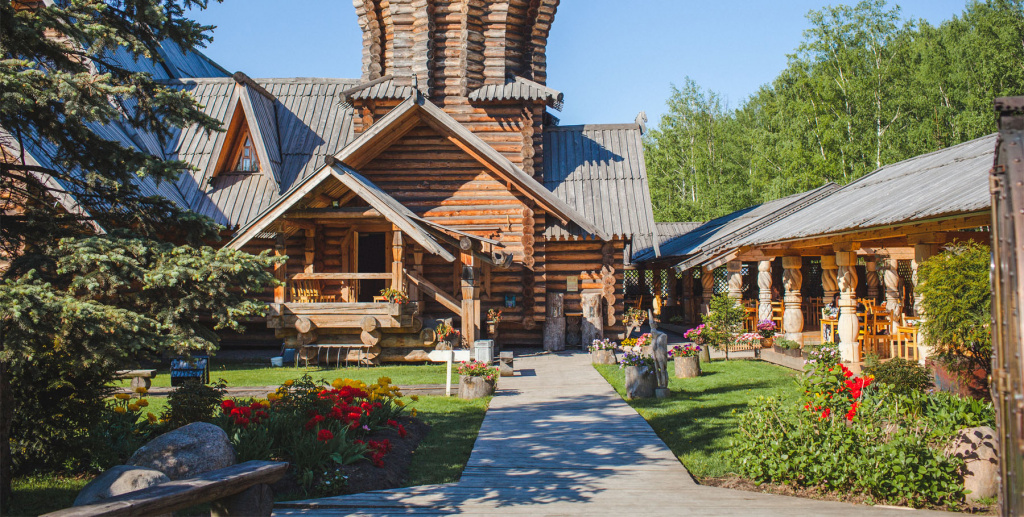 Stylized restaurant of traditional Russian cuisine in Pavlovsk. Opened in 1993, the Podvorye ( В«Coach HouseВ» ) restaurant has become known since then as В«RussiaВґs most authentic Russian restaurantВ». It has established a reputation in Saint Petersburg and far beyond. 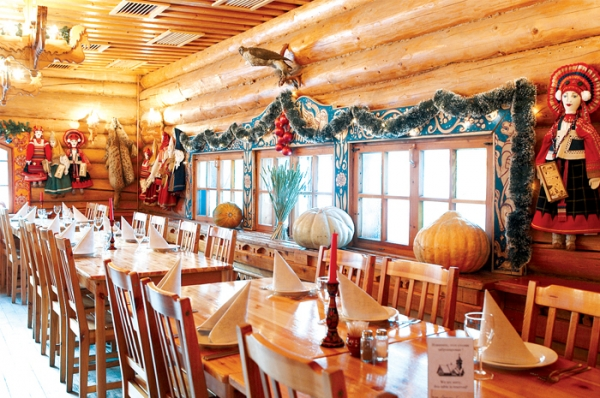 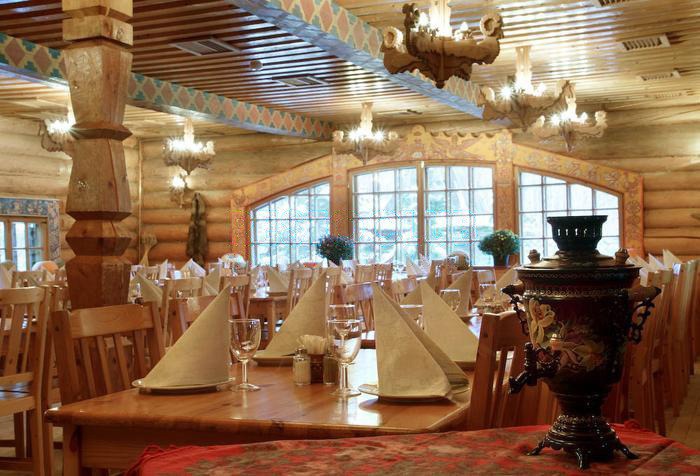 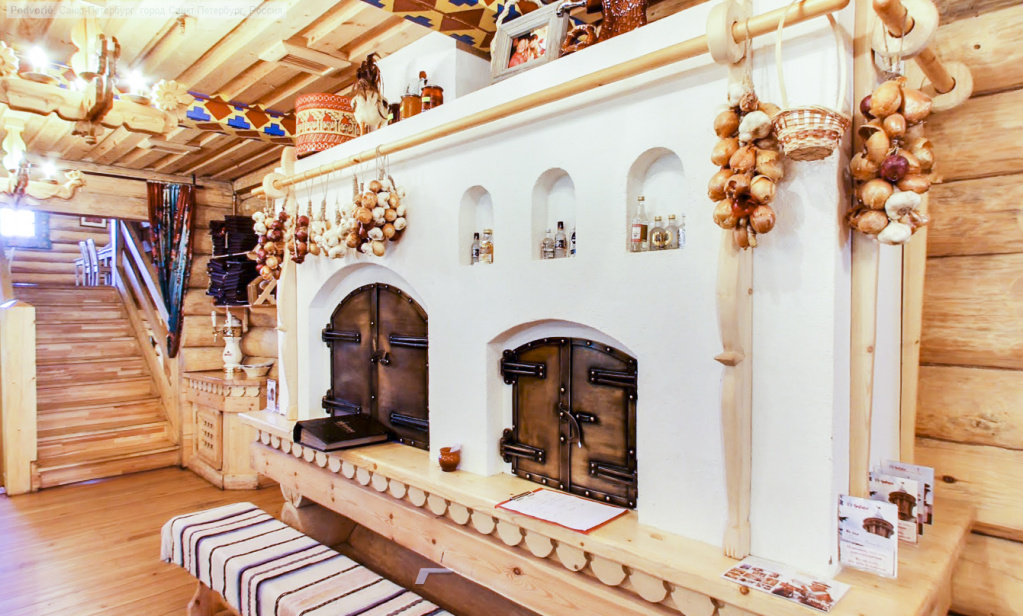 Podvorye is remarkable for being equally esteemed by travelers as well as local residents. Intellectuals and aristocrats from various countries, actors, sports figures, politicians вЂ“ and all those who appreciate the art of good eating and love genuine Russian cuisineвЂ“ thoroughly enjoy their visits to Podvorye. Over twenty years of work, he has hosted a variety of guests: from Putin to Prince Charles. 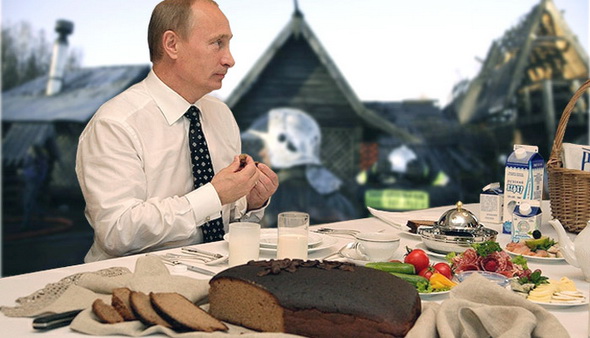 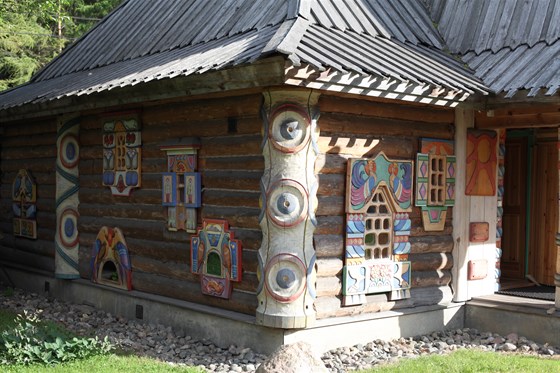 Outside it looks like a Russian tower; all the stereotypes about Russia are collected in the interior: stuffed bears, harmonica, balalaika. 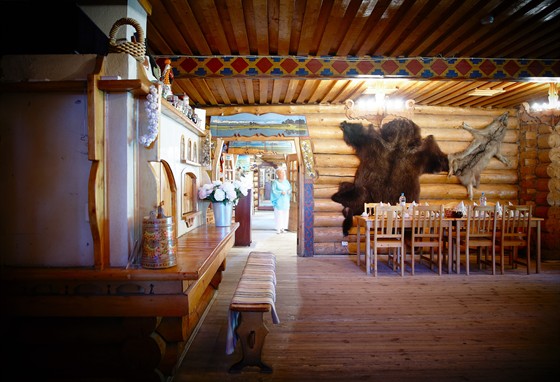 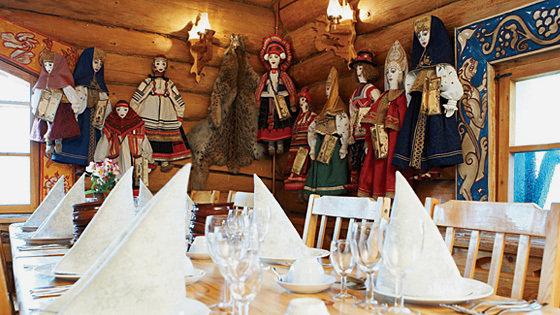 The menu includes dishes of the вЂњroyalвЂќ Russian cuisine. 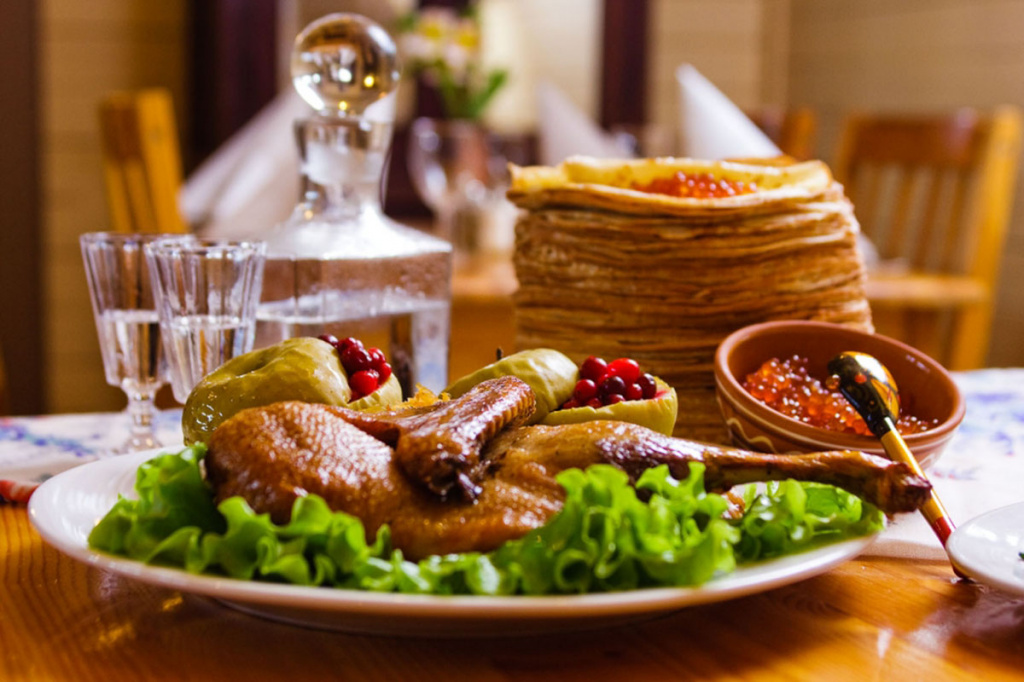 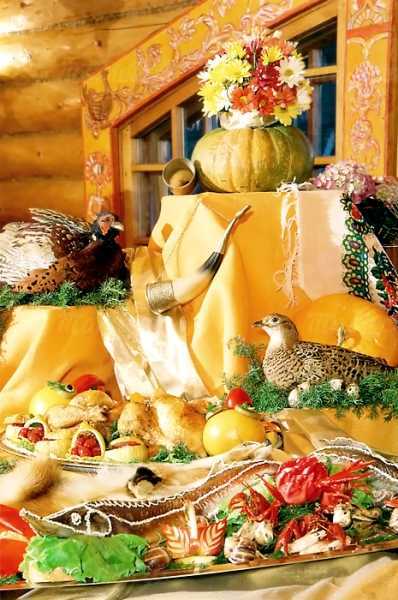 The surrounding area is a kind of "entertainment center" in the Russian style: in summer - carousels, in winter - slide and ice rink. 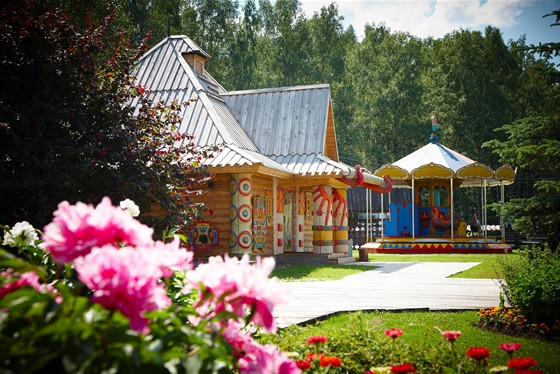 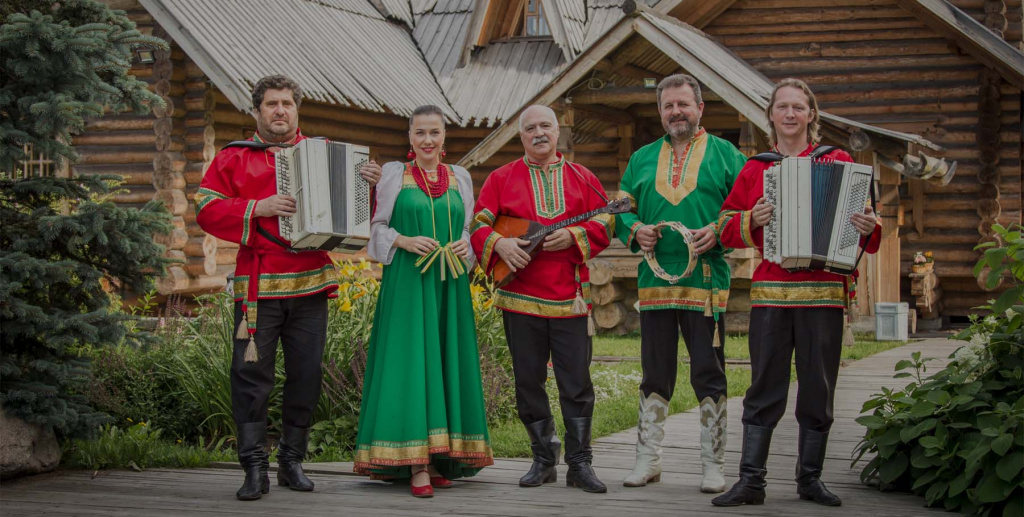 Guests are greeted by a bear with a glass of vodka. The menu opens to a variety of meat and fish courses, game felled in the hunting fields, classic Russian soups and an assortment of pickles. True to Russian tradition, our helpings are served generously; while a full panoply of vodkas are served - from Birch-bud to Horse-radish or Cranberry to name but a few - all made specially for Podvorye in the village of Verkhniye Mandrogi in St.Petersburg region. 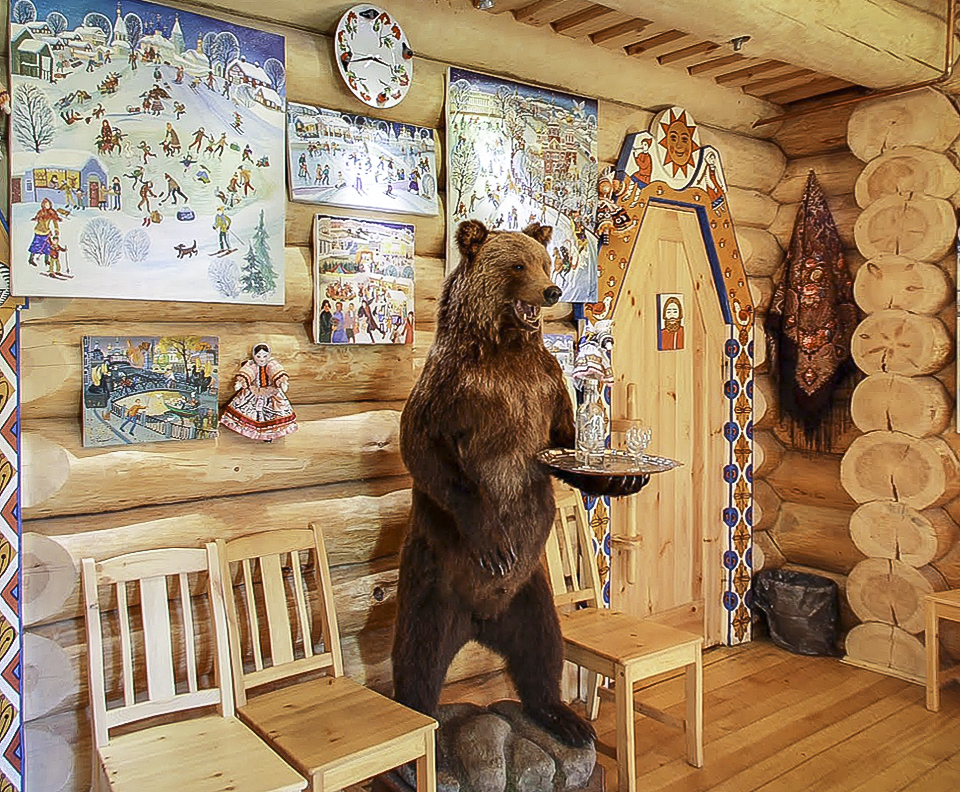 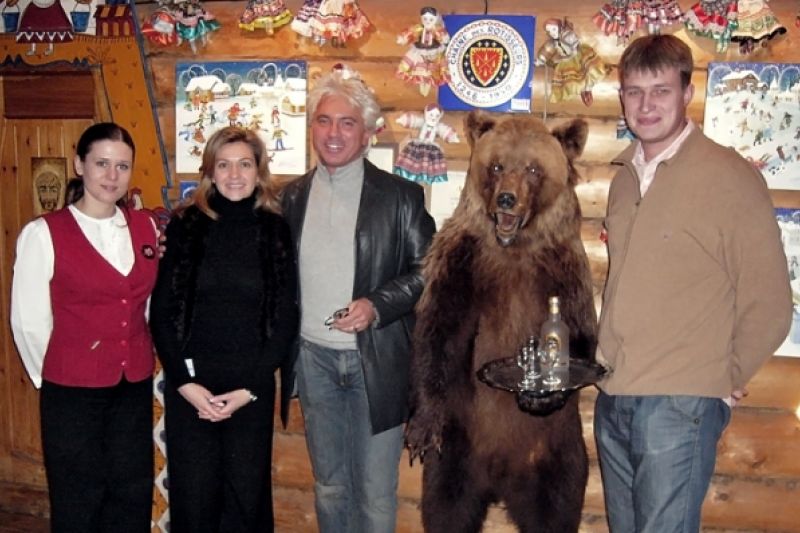