"Plyos is a town and the administrative center of Privolzhsky District of Ivanovo Oblast, Russia, situated on the right bank of the Volga River some 70 kilometers (43 mi) north-east of Ivanovo. 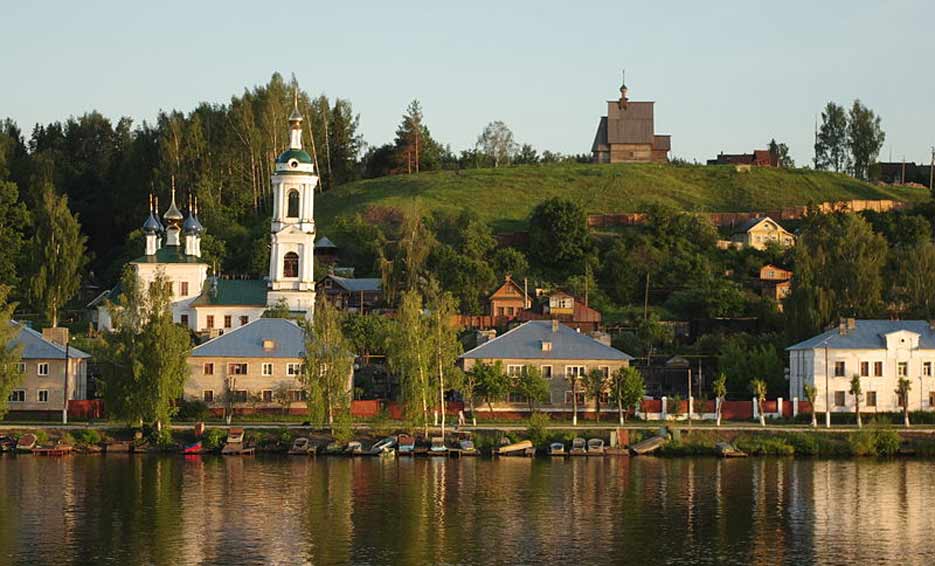 Plyos ia a paradise of the upper Volga river. The landscape is picture perfect, as if crafted by an artist's brush and taken straight out of a fairy tale. For centuries the quintessential Russian provincial town of Plyos has inspired painters to create masterpieces of art.

The charming city of Plyos is situated on the right bank of river Volga with a good beach resort area. It is also closely related to the well-known artist, Levitan, who lived there and created more that 40 masterpieces of art.

There are plenty of attractions and architectural monuments in Plyos city preserved till today. Among them are such well-known masterpieces of architecture as Church of the Resurrection of Christ (1817), Wooden Resurrection Church (1699), Trinity Church (1808), Vvedenskaya Church (1828), Assumption Cathedral (1699), Church of Holy Varvara (1821), stalls of the XIX century.

In 1982 were built the State and historical as well as art museum which combined three other museums: Levitan's museum, historical museum of Plyos and landscape museum.

House of Art of theater agents based in the city where "Almost a funny history" movie was made. Numerous scenes of the movie were played in Plyos city.