Opened just in the beginning of 2010, Hotel Sonya is among the newcomers on the St. Petersburg's hotel
scene and the very embodiment the special ambiance of this city.

Its concept is inspired by the famous novel Crime and Punishment by Fyodor Dostoevsky, and clear-cut references to the book can be traced on every step. Dusky winding hallways lead to the rooms and their walls are covered by large-size photos of nightly St. Petersburg. The sound of steps is muffled by carpets bearing scattered phrases referring to the lives of Dostoevsky's characters. In the first floor reception, one can find a map, which shows Raskolnikov's trail through the nightly city. There is a heavily bookcase, loaded with books, yet soon you will discover that those are numerous volumes of Crime and Punishment, in almost all possible languages and editions.

All the guestrooms hold citations from the novel, engraved on small doorplates, both in Russian and in English. They are selected from the same chapter that has provided a theme of a particular floor. Reading-lamps cast candlelight-like shadows on the walls, while the tables are created as exact duplicates of the writer's own working table. Some of the rooms boast a copy of Rafael's Sistine Madonna, a painting that has been Dostoevsky's obsession and which appears in several of his novels. Rooms feature a rich variety of fine fabrics with different textures and typical Russian ornaments, especially floral motifs, which serve both as a decorative and a uniting interior element as well.

Dostoevsky's presence can be felt at the Metamorfos Restaurant as well - the menu is created in a book format, and a its prologue, chapters and epilogue presents dishes and fascinates with stories about the 19th century life in St. Petersburg, Dostoevsky's journeys to Europe and divulges his thoughts and feelings. It's no wonder that this particular Russian writer has provided inspiration for the hotel. Dostoevsky, like no one else has understood the Russian soul and portrayed it with such a precision that it almost makes your skin crawl.

The Hotel Sonya with its 173 rooms belongs to Radisson chain hotels and most definitely has to be mentioned among the most extraordinary projects of this hotel industry giant. 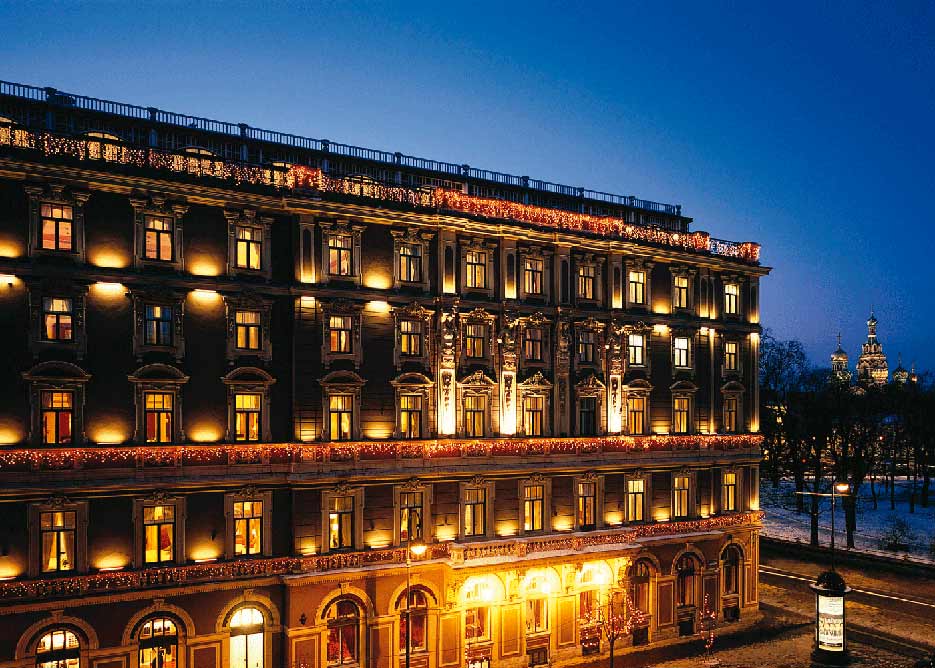