The State Russian Museum is home to the world's largest collection of Russian fine art.

It was opened on March 7 (19) 1898 by decree of Tsar Nicholas II and was county's first ever state museum of Russian fine art, which was able to represent for the visitors the complete notion about history of it's development. From the early beginning the collection was displaced in the Mikhailovsky Palace, which was built for Mikhail Pavlovich - the son of the Tsar Pavel I.

The nucleus of the Museum collection consist of oil paintings, sculptures, graphics, decorative and applied arts. In the it was less then 1500 units, which came chiefly from the Hermitage, the Museum of the Academy of Arts and from royal Palaces, and only to a much lesser extent from privet sources, such as the Prince Lobanov-Rostovsky collection acquired from his heirs. The Russian Museum collection almost doubled in size during the first ten years of its existence. Academy of Arts also transferred its collection of Christians antiques - five thousands units - including Novgorod's icons, wooden sculpture and examples of middle-centuries church art. The presented Lobanov-Rostovsky collection included the 95 portraits of Russian statesman of the 18-19 centuries.

Another source of acquisitions was the collection housed at the Alexander I Palace in Tsarskoye Selo (later it was added by the collection from Anichkov Palace).

The substantial addition was the Nicolay Lihachev's collection of Greek and Old-Russian icons. 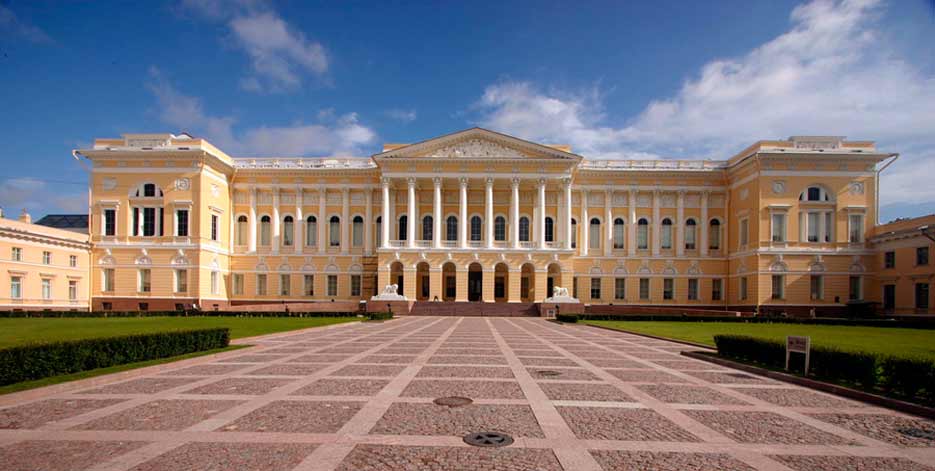 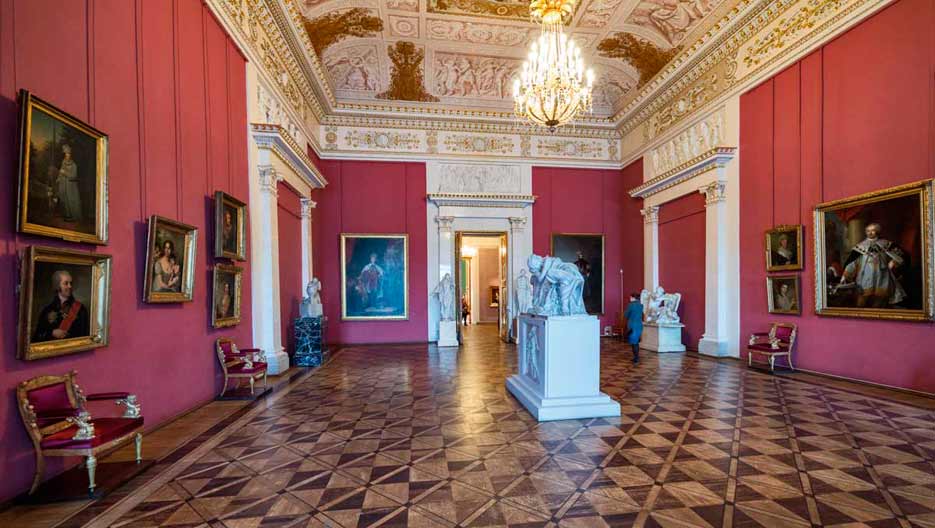 The markable extent of fine art works was presented to the Museum from the privet sources. It is necessary to say that the Russian Museum did not suffered from the October Revolution. All the nationalized privet collections and individual works were placed in the charge of museums. During first decade after the Revolution the Russian Museum collection, including its picture gallery, were enlarge several times over their original size. Simultaneously with these increase in the Museum's holdings, numerous works of art was transferred to central and provincial museums, many of which had just been established. The ties of the Russian Museum with the Hermitage and the Tretyakov Gallery permitted a mutually advantageous exchange of artistic treasures.

In our days the collection of the Russian Museum numbers some 400,000 works and covers the entire history of Russian fine art from the tenth century to the present day. It reflects virtually every form and genre of art in Russia, including a unique collection of Old Russian icons, works of painting, graphic art and sculpture, decorative and applied art, folk art and numismatics, as well as the world's finest collection of Russian avant-garde.

Since the 1976, the Russian museum has been a National center coordinating the academic and methodological work of all the art museums of Russia. In 1992, the President of the Federation signed up a decree acknowledging the Museum as a special object of national cultural heritage.

The museum then became the owner of three more palaces in the centre of St Petersburg, the Stroganov Palace, Marble Palace and St.Michael's Castle. Restoration work is currently going on in each of these palaces. Nevertheless, they all already house expositions and exhibitions from the collection of the Russian Museum.