The Winter Palace is one of the most splendid buildings in St. Petersburg. Almost all the Romanovs starting from Catherine the Great resided there. The palace had hundreds of rooms; many of them were State Halls the interiors of which are preserved till the present days and open to visitors.

When you are inside of these miraculous halls you'll have a strong sensation of having got back to the times of the emperors. When you take the magnificent State Gala Staircase covered with a red velvet carpet and decorated with sculptures, huge mirrors, ceiling paintings, marble, gilded wood carvings - all to the baroque style - you are going to feel yourself one of the astonished guests invited to the pompous balls and receptions held in the Winter Palace. They had never before imagined such richness and splendor. Candles were lit in the vast Great Throne Room where the Emperor and Empress as well as Grand Dukes received their guests. Nobody was forgotten. The provincial nobility was received in the Emblem Hall covered all over with gilded bronze and sparkling in the candlelight.

Now the Winter Palace does not only display beautiful interiors but also houses our greatest pride - the Hermitage Museum. It ranks among the best museums of West European art in the world such as the Louver in Paris, the Metropolitan Museum of Art in New York, the National Gallery and the British Museum in London and Prado in Madrid. The Hermitage possesses the masterpieces of such great painters as Leonardo da Vinci, Raphael, Titian, Giorgione, Rembrandt, Rubens, Van Dyck, Hals, Velasquez, Goya, El Greco, Reynolds, Gainsborough, Monet, Manet, Degas, Renoir, Matisse, Picasso, Van Gogh, Gauguin, Kandinsky, and many others.

The Hermitage has more than 3 million exhibits, among them not only paintings but also antique sculptures, medieval applied art, cameos, ancient and 18-19th century gold and jewels, coins, archeological finds, collections of the Eastern countries - Egypt, Iran, China and Tibet, Japan. There is also a Russian department though the main collection of the Russian Art is to be found in the Russian Museum. 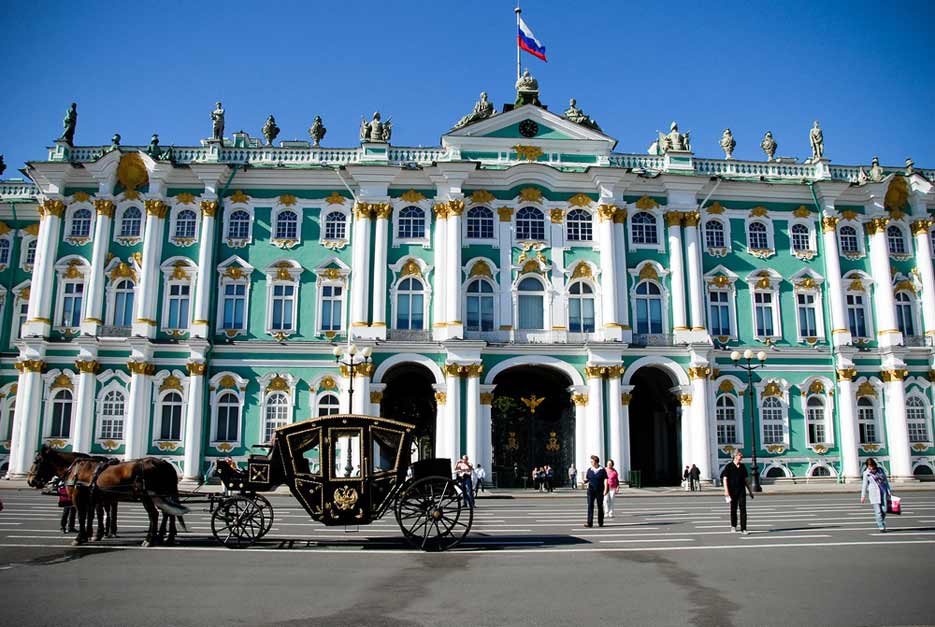