The Cathedral of Christ the Saviour

The temple was constructed on a vow given by sovereign Alexander I in gratitude for saving fatherland "from the Gauls invasion". The temple was supposed to be built on Vorobyovy mountains under the project of architect Vitberg. Subsequently "on intrigues against the builder" the project of a temple and a place of construction were changed. The new place was chosen not so close to the Kremlin, so that the temple was dissonant to its ensemble, but at the same time so that connection of the temple with ancient constructions of the Kremlin and the Red Square was felt.

September, 10, 1839 the solemn laying of the present temple in Russian-Byzantian style took place. It was constructed under the project of architect K.A.Ton, at the expense of treasury with attraction of people's donations. Two cemeteries and mammoth remnants were found during digging a foundation ditch. The temple was consecrated in April, 10, 1883 during the days of crowning of the emperor Nikolay I. Side - chapels were consecrated later: in June, 12 - the side-chapel of St.Nikolay Chudotvorets and in July, 8 - of St. Alexander Nevsky. K.A.Ton has created the project of a five-domed temple with big central and four angular turrets with 14 bells.

The banners and keys of the conquered cities were transferred to the temple. 640 candlesticks were built in a dome for illumination, and 600 more around the lattice on choruses. First electric street lamps in Moscow appeared on the square in front of the temple. The height of the temple was 103 m. In December, 5 1931Рі. the temple was blown up. Subsequently the foundation ditch was used for the construction of swimming - pool " Moscow ". In 1994Рі. the pool was closed. In January, 1995, the solemn laying of the revived temple took place. Now the construction is completed. The temple has active museum, excursions are held and the viewing platform is arranged. 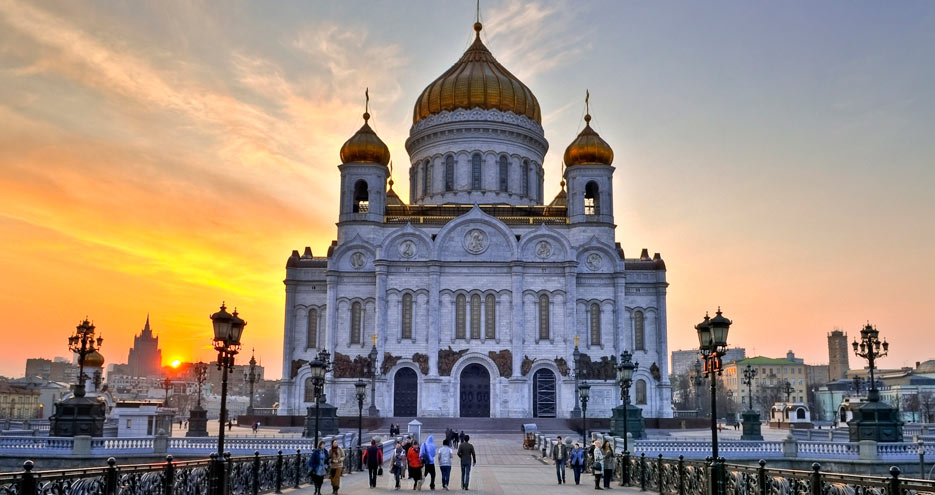