The State Tretyakov Gallery is the national treasury of Russian fine art and one of the largest museums in the world.
Address:

It is the main national collection, representing the development of Russian art from the 11th to 20th centuries. The foundation of the museum was laid by the merchant P.Tretyakov in 1856, who donated his collection to the city in 1892.

The museum contains more than 130 000 works of painting, sculpture and graphics, created throughout the centuries by successive generations of Russian artists. Two separate buildings at different locations вЂ“ at Lavrushinskiy Pereulok, and at Krymskiy Val, вЂ“ house the works selected for display.

Russian art works, ranging in date from the 11th to the early 20th century, are on the show in Gallery's historic building on Lavrushinskiy Pereulok. Here one can see the outstanding collection of Russian Medieval icon painting, portraits of Russian governors, painting of the early 19th century, realistic painting of the second half of the 19th century, art nouveau and impressionism collections of the 19-early 20th centuries. 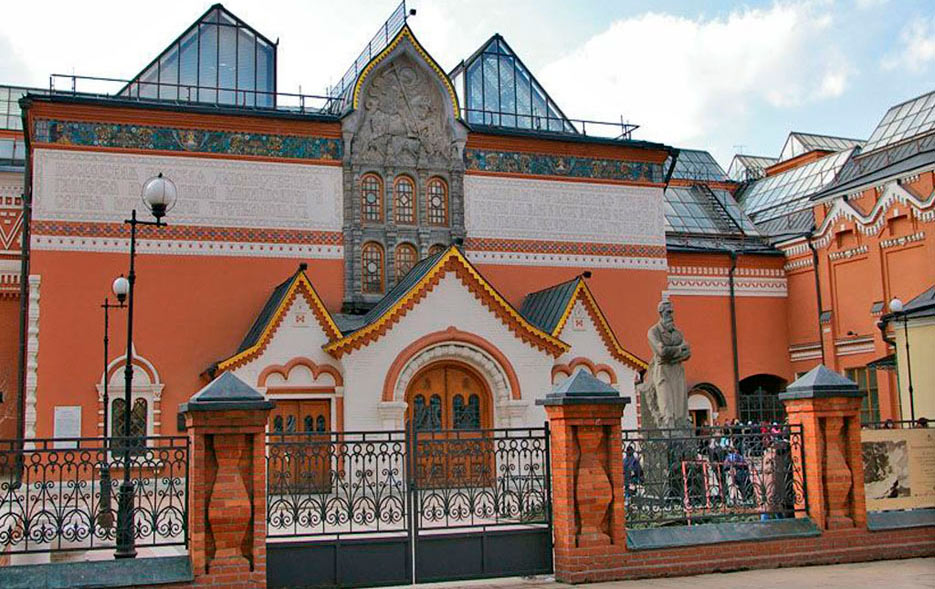